Our first few weeks of cycling were just about as off-the-beaten-path as they come (have a look back at those road conditions if you don’t believe us!). As much as we loved—and are still loving—getting an intimate look at everyday Vietnamese life, by the time we arrived in the popular tourist city of Hue, we were ready to trade our spandex for something with, you know, a button. Hue was an ideal place to play tourist for the day. Located in central Vietnam, Hue was the capital of Vietnam through the 19th and early 20th century under the Ngyuen Empire. The city itself is lovely, boasting a quaint position on the banks of the Perfume River. It’s packed with fellow tourists, but for good reason. The food is sensational (more to come on that in a future post), the old streets are mesmerizing, and the lush, vibrant surroundings are renewing. However, most people find their way to Hue for a chance to encounter its ancient past. 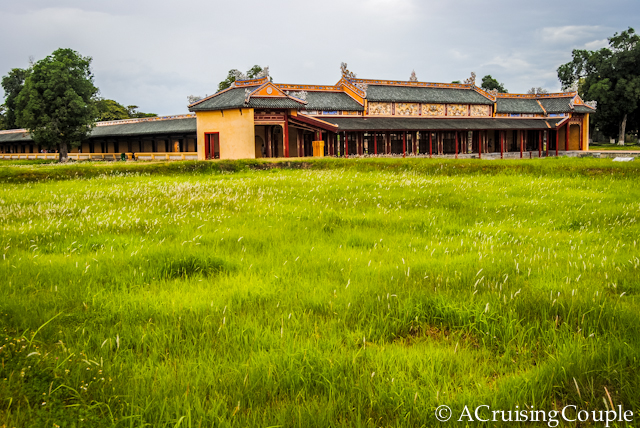 Steeping in historical remains, it’s easy to fill multiple days wandering through Hue’s attractions, though the high admission fees make it a little less desirable to do so. The first stop for many (ourselves included) is The Citadel, the palace complex of the Nguyen Empire, modeled after China’s Forbidden City. Wisps of the palace’s mystical and decadent past remain, despite the fact that a large portion of the complex was destroyed during the Tet Offensive. Rather than glimmering temples and blossoming lotus ponds, expect to find overgrown grass fields and stone ruins. Today the government is undertaking a mammoth project to reconstruct The Citadel—a somewhat controversial aim that perhaps takes away from the authenticity of the grounds, turning them into more of an amusement park than historical wonder. But despite the construction, The Citadel is an ideal place to quietly stroll while envisioning the certain grandeur under the Nguyen Empire. This is one place where a tour guide or app is helpful to truly bring the imperial city to life. Admission fee: 105,000 VD (about US $5) 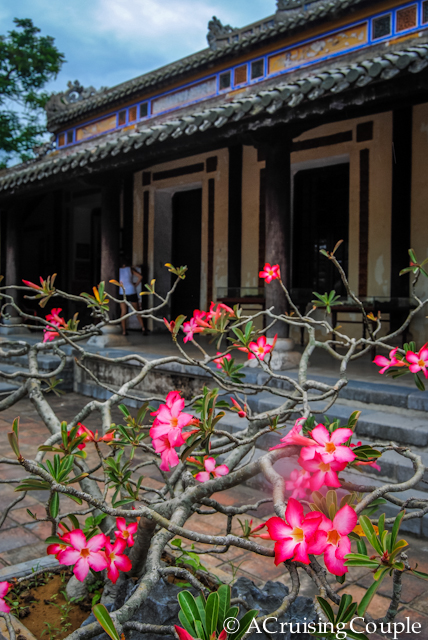 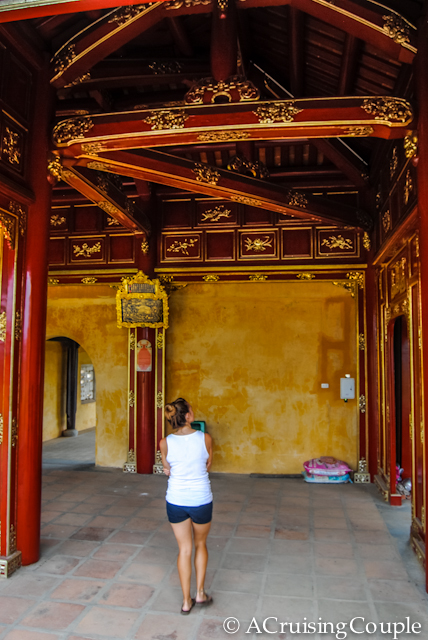 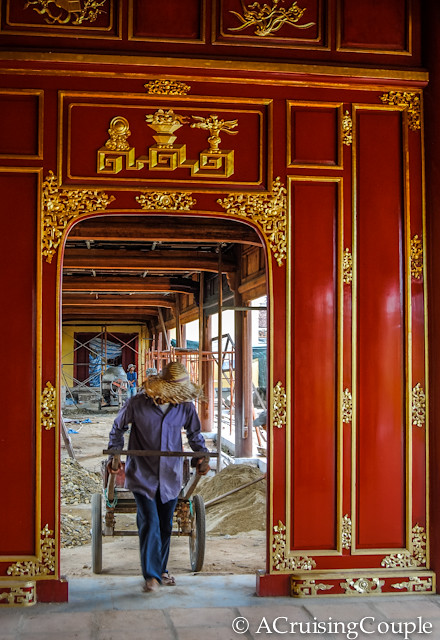 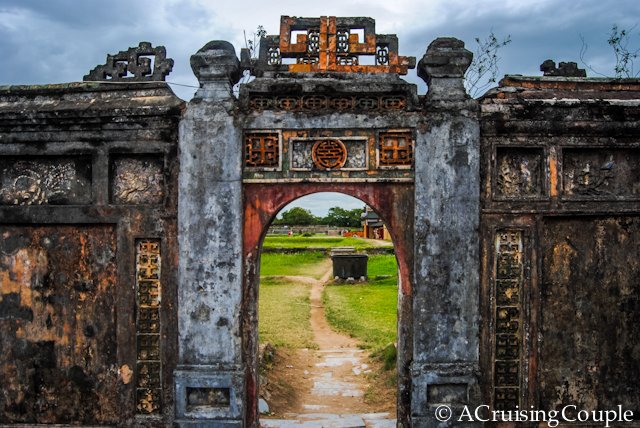 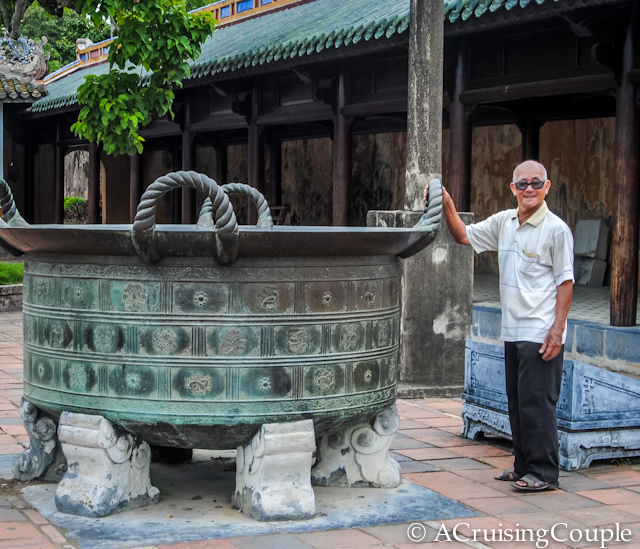 Another element of the Nguyen Empire that makes a worthwhile visit are the Royal Mausoleums. There are seven to choose from, but we were satisfied with our one visit to The Mausoleum of Tu Duc. The grandiose grounds of Tu Duc are nestled in forested hills about 7km outside of the city center, making this mausoleum perhaps the quickest to access. Not only does the mausoleum contain Tu Duc’s tomb, it also boasts an area devoted entirely to Tu Duc’s concubines, temples, pavilions, and twelve-hectares of gardens. Tu Duc is said to have spent a large amount of time at his mausoleum prior to his death, and his heavy guidance in achieving a place of harmony and serenity are obvious. Bring a pen and some paper and let the poetic spirit of Tu Duc inspire. Admission fee: 80,000 VD (about US $4) 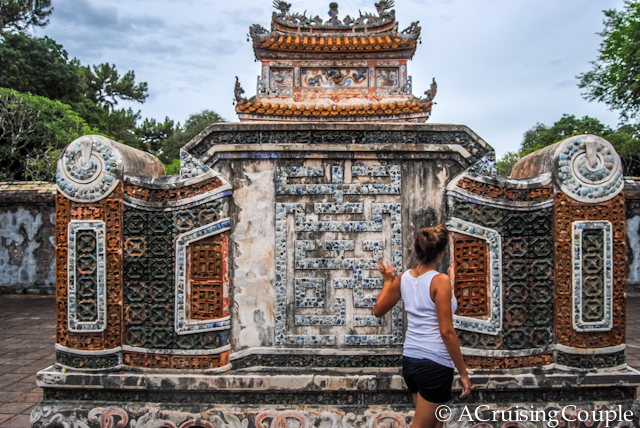 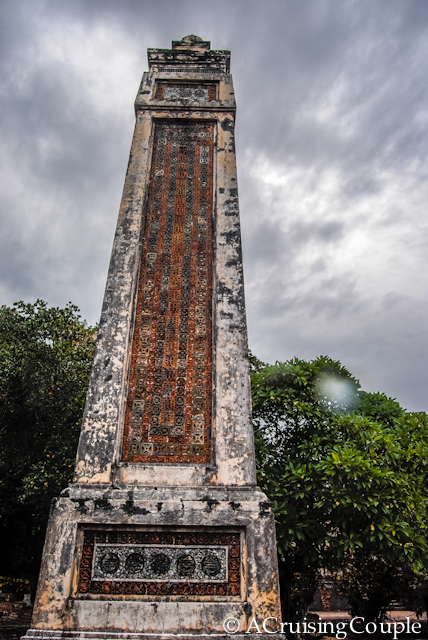 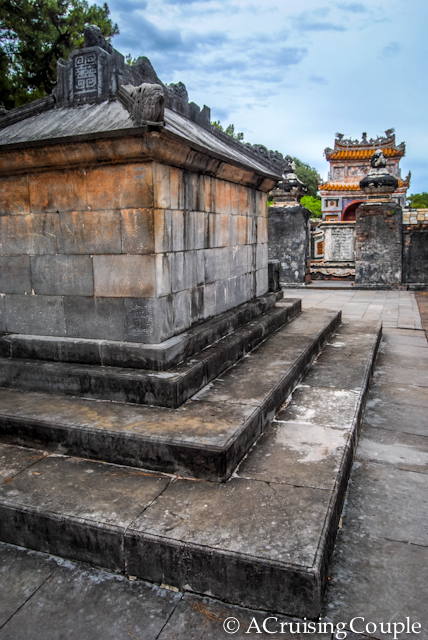 A perfect place to end a day of exhausting sightseeing is the Thien Mu Pagoda. We were fortunate to have our newfound Vietnamese friends show us around the grounds (come back Monday to hear all about how we met them!). According to our guides, the peaceful pagoda has an almost humorous origin: In the 1600s, a mystical old woman appeared on a hilltop, claiming a lord would build the 7-story pagoda. Lord Ngyueyn Hoang then took it upon himself to fulfill the prophecy, and the pagoda was effectively built. From here it would stand for four centuries, watching over Hue during its turbulent history. The Pagoda provides outstanding views of the Perfume River, and is one of the few attractions in Hue that is free. 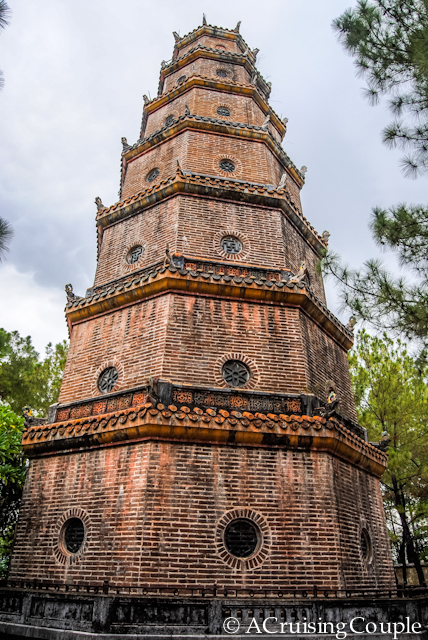 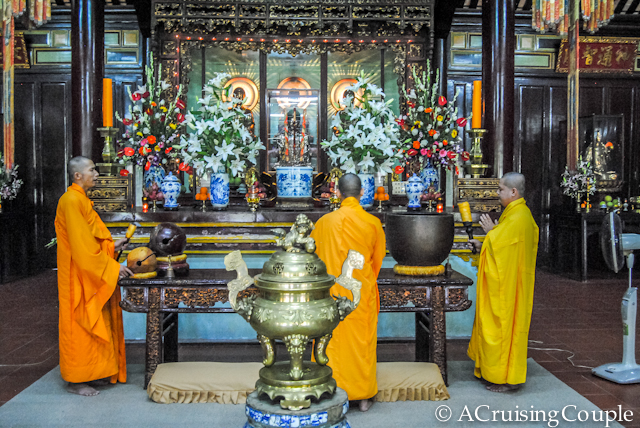 One day of navigating Hue’s ancient past only gave us a sampling of the romantic city. We could have spent much longer truly getting to know Hue, and it would certainly be easy for true history-buffs to get lost in the former arts, culture, and political capital of Vietnam.

Tell us! Have you been to Hue? What was the most memorable part?