The Lofoten Islands: Paradise in the Arctic The Arctic Circle is known for many things, namely Santa Claus, the Northern Lights, long summer days and endless winter nights. But sitting 100 miles north of the Arctic Circle also lies a surprising island paradise and one of Norway’s most scenic destinations: the Lofoten Islands.

The Lofoten Islands are harsh and dramatic, with tumultuous weather conditions and craggy mountaintops that tower above icy water. But despite the archipelago’s rugged nature, there are also plenty of charming details, such as the traditional stark-red fisherman cabins, the rows of codfish hanging out to dry, and the boats that slowly sail through the fjords to deliver mail to the area’s unlikely inhabitants. 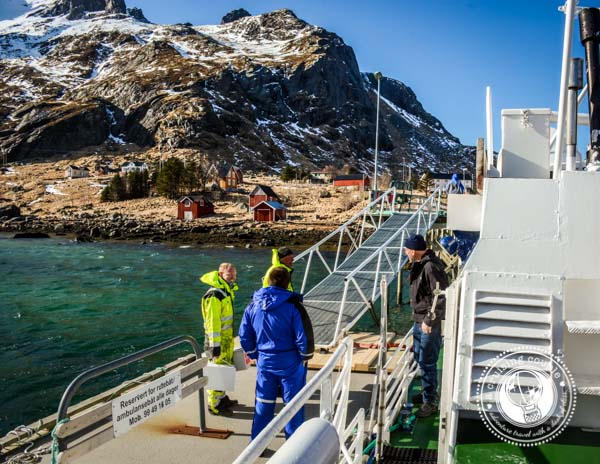 We only had one day of good weather during our visit to Lofoten, but that was all it took for us to fall in love with it. Have a glimpse at this spectacular collection of islands and see why:

The Lofoten Islands: Paradise in the Arctic 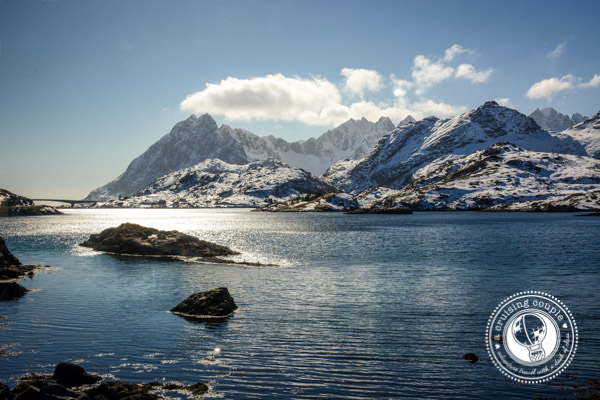 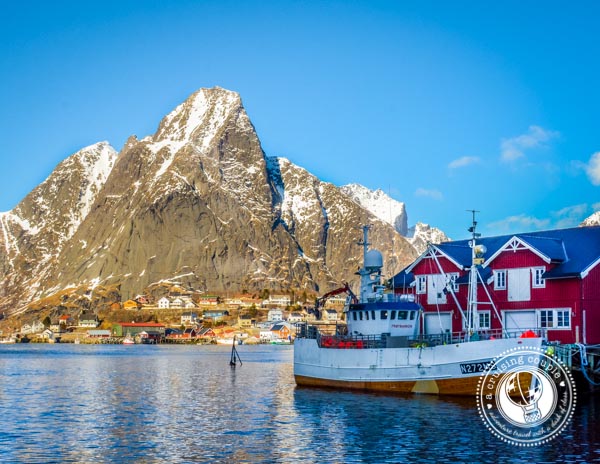 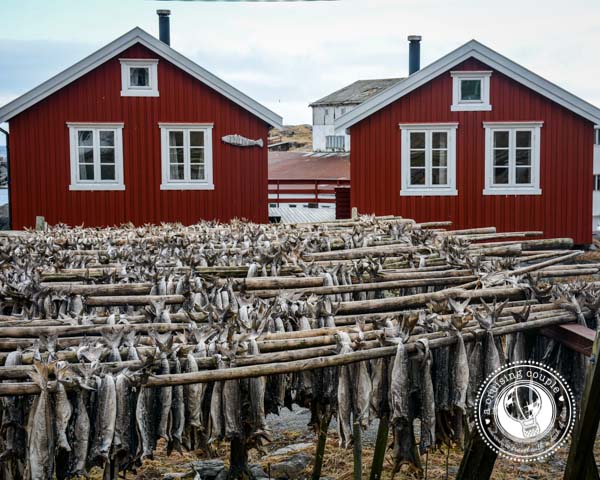 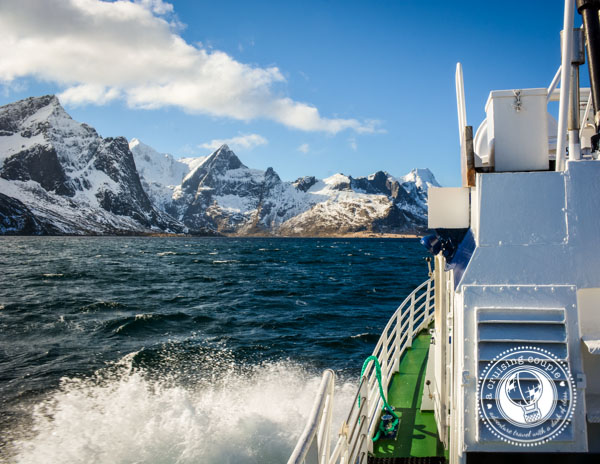 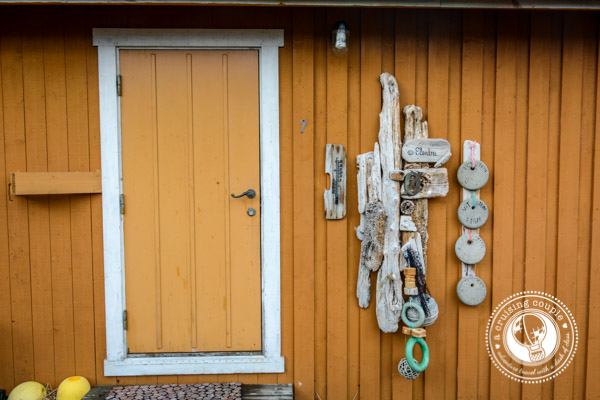 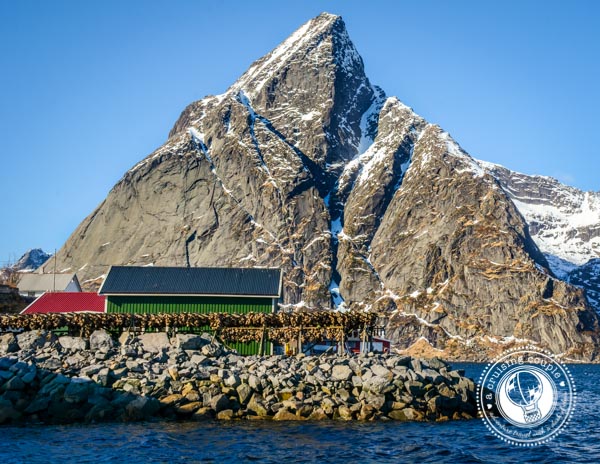 A Few Travel Tips For Visiting The Lofoten Islands

Sleep in a traditional fisherman cabin

Rorbuer are the traditional red fisherman cabins that dot the islands. Typically you’ll find them in groups, with one end firmly planted on land, the other end suspended by polls in the water. Some of the rorbuer are still used by fisherman in Lofoten, though now they are primarily used to rent out to tourists. 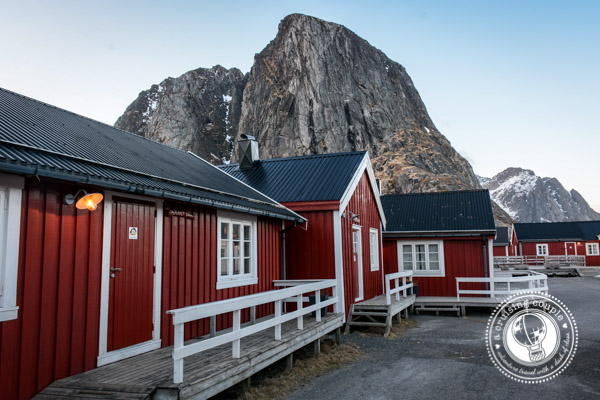 Eliassen Rorbuer is the oldest fishermen cabin village in Lofoten, located on the teeny tiny island of Hamnøy. This is where we stayed in Lofoten, and we could not have imagined a more ideal place to base ourselves. Though the cabins are still named after the original fishermen that used to call them home, the rorbuer have all been renovated, combining old-world charm with modern amenities. It was just the two of us, but our cabin had ample space with: two bedrooms, a loft, a fully equipped kitchen, a large bathroom with heated floor and a comfortable living area. 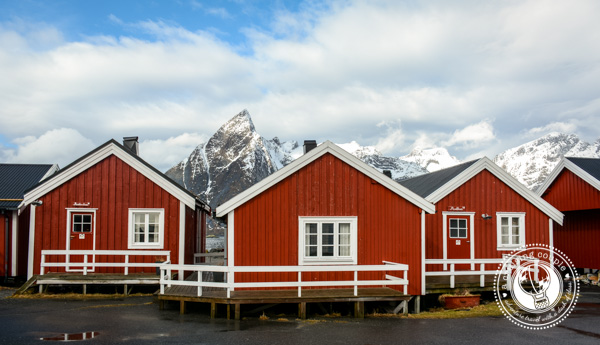 Eliassen Rorbuer is just a fifteen-minute bike ride from Reine, said to be one of the ‘most beautiful places in the world’. But Hamnøy itself is a magnet for photographers, and one of the reasons why we chose Eliassen Rorbuer in the first place. Even with the horrible weather, we enjoyed a few nights of cooking dinner, drinking wine, and enjoying the majestic views of the surrounding sea, mountains and Reinefjord from inside our warm cabin. We might have even caught a glimpse of the Northern Lights from the couch one night, as both of us noticed a green haze extending out from the horizon.

Eliassen Rorbuer isn’t a hotel—it’s a cabin, and as is typical of renting cabins in Scandinavia, you are expected to pay extra for bed linens, tidy up after yourself when you leave, etc. However, the manager is extremely helpful and able to answer any questions about Lofoten or the cabins you might have. Kayaks are available free of use, or you can also arrange bike rentals, fishing boat rentals and other tours.

The E10 highway connects the Lofoten Islands. Though it is possible to use bus transport to get from place to place along the route, having your own car will make a world of a difference. One of the best things to do in Lofoten is just drive around the islands, stopping to take photos as you please (which is about every five seconds, if you’re us). Eliassen Rorbuer has free parking for guests, and with a car it is just moments from some of the best hiking, climbing, and cycling on the islands. Unfortunately we didn’t have our own vehicle, but we did befriend a wonderful couple also staying at Eliassen Rorbuer that offered to shuttle us around the islands with them. The difference in the freedom and flexibility we had driving with them versus taking the bus was astronomical. 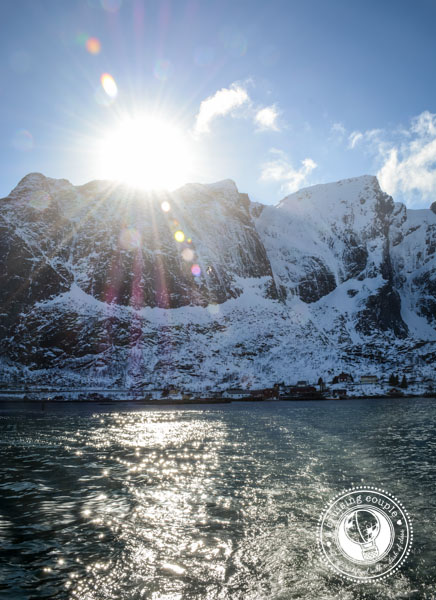 Reine is as picture-perfect as small Norwegian fishing villages come. We walked to Reine, we cycled to Reine, we drank coffee in Reine…we even took a short boat ride through the Reinefjord. Being so conveniently located just south of Hamnøy, we found ourselves returning to this quaint and colorful town again and again. If we’d had better weather, we also would have indulged in the nearby hiking, kayaking and beach going. 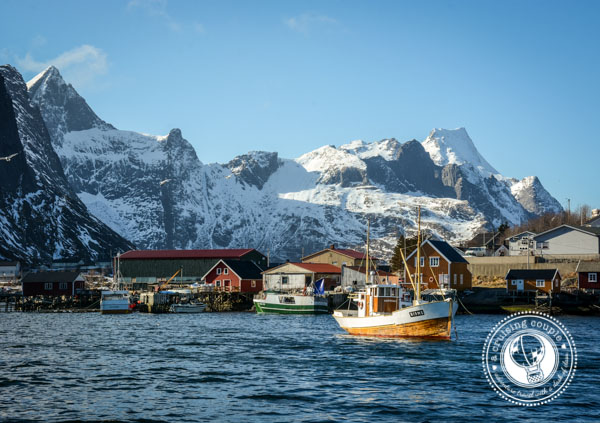 Lofoten has amazing opportunities for surfing, climbing, hiking, fishing, scuba diving, kayaking and cycling. Basically, if you enjoy active travel in spectacular places, you can’t go wrong. In one sense we were a bit grateful for the thunderstorms and wind during our stay as it enforced us to hibernate in our cozy abode and get a bit of work done. But to really get the most out of Lofoten, you need clear skies.

We’ve already claimed that Norway is the most beautiful country we’ve ever visited. And if we have to choose one place in Norway that takes 1st for jaw-dropping scenery, it’s easily the Lofoten Islands. We don’t think there’s anywhere else on Earth quite like it. Had you heard of the Lofoten Islands before? Have you ever been? Want to go now? As always, we appreciate all thoughts and opinions in the comment section below!

We were guests of Eliassen Rorbuer. All thoughts and opinions are— as always—our own.