The Ancient Complexes of Borobudur and Prambanan 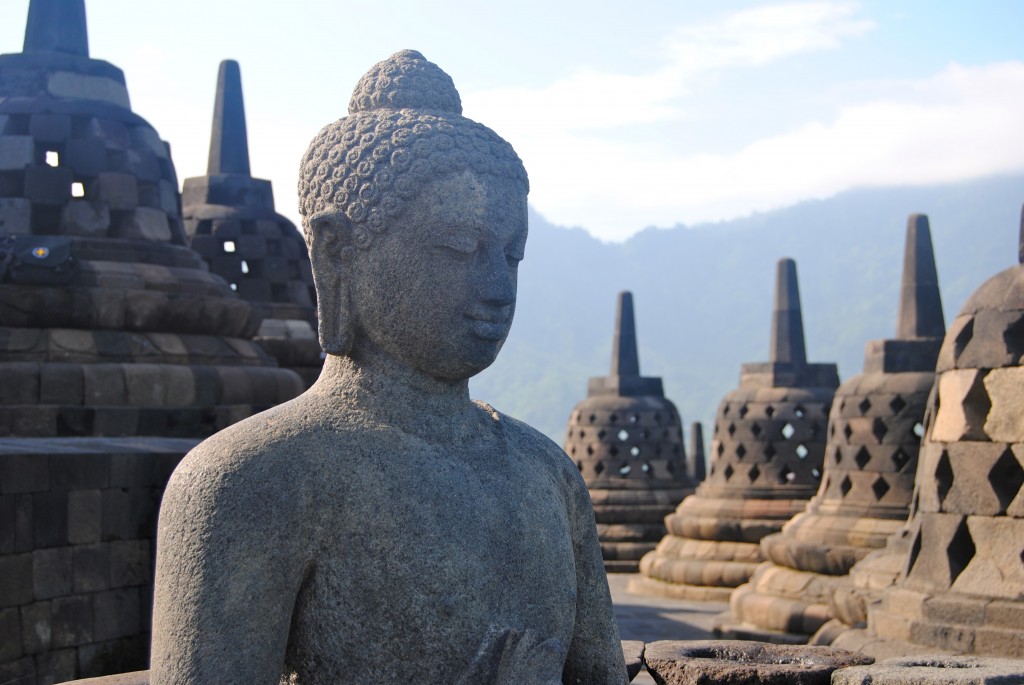 And this is Prambanan: 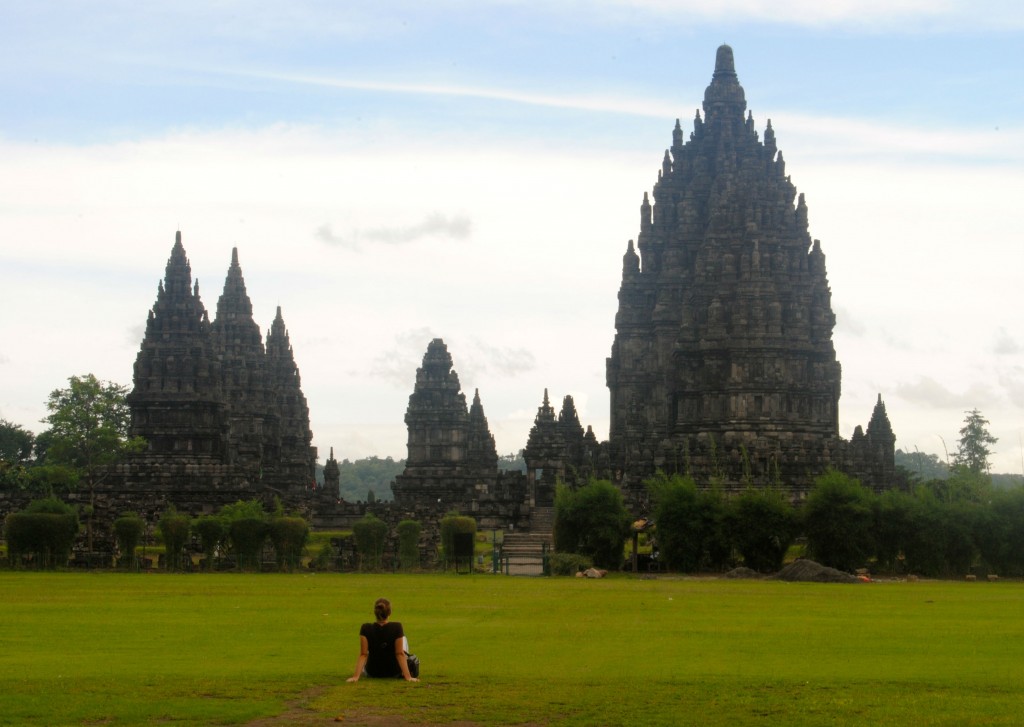 And these magnificent ancient complexes are reason enough to include a jump over to Java on your next visit to Bali. 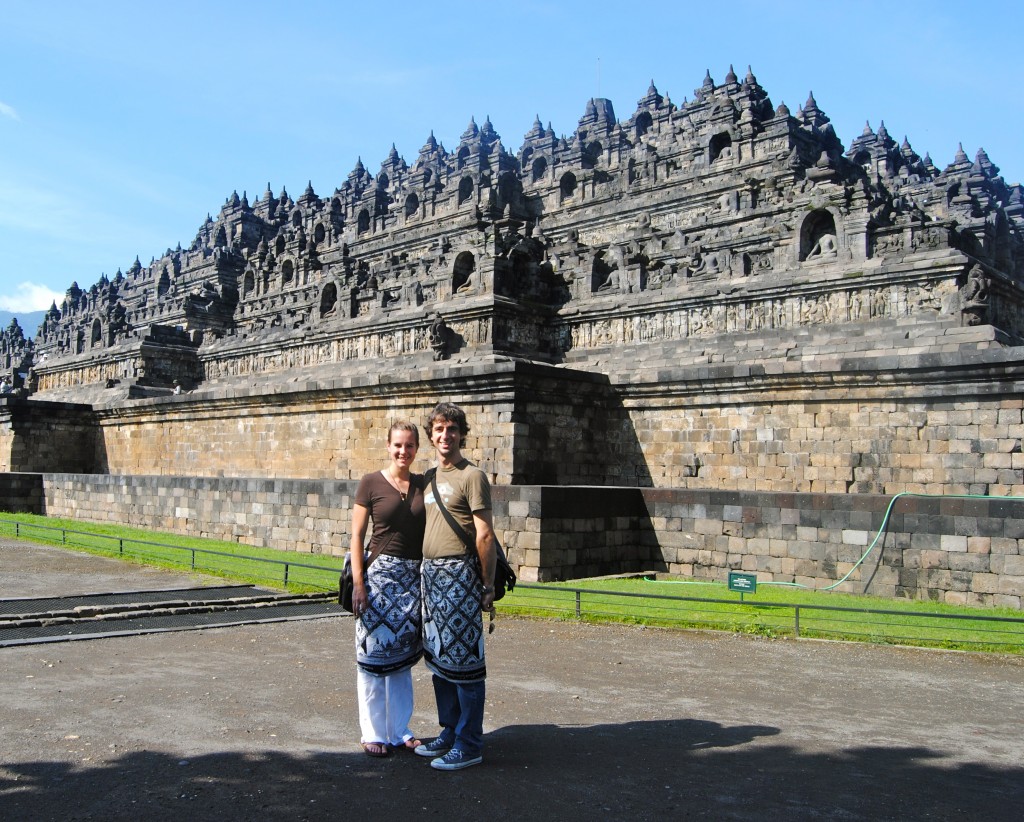 Dating back to the 9th century, Borobudur is not just the largest Buddhist temple in the world, but also one of the most breathtakingly beautiful. The structure of the temple is that of a stupa, which in Buddhist beliefs is meant to replicate the universe. The stupas are further broken down into three sections: Kamadhatu, Rupadhatu, and Arupadhatu. According to Buddhism, these three levels represent humans controlled by desire, humans able to control desire but bound by forms, and a state of nirvana, respectively. The temple is awe-inspiring from the outside, and as you meander through the levels, take note of the carved reliefs that tell stories of Buddha in the terraces. But the most magnificent moment comes at the top dome; from here it is easy to imagine the distant chanting of monks as you look out at the surrounding lush mountain scene. 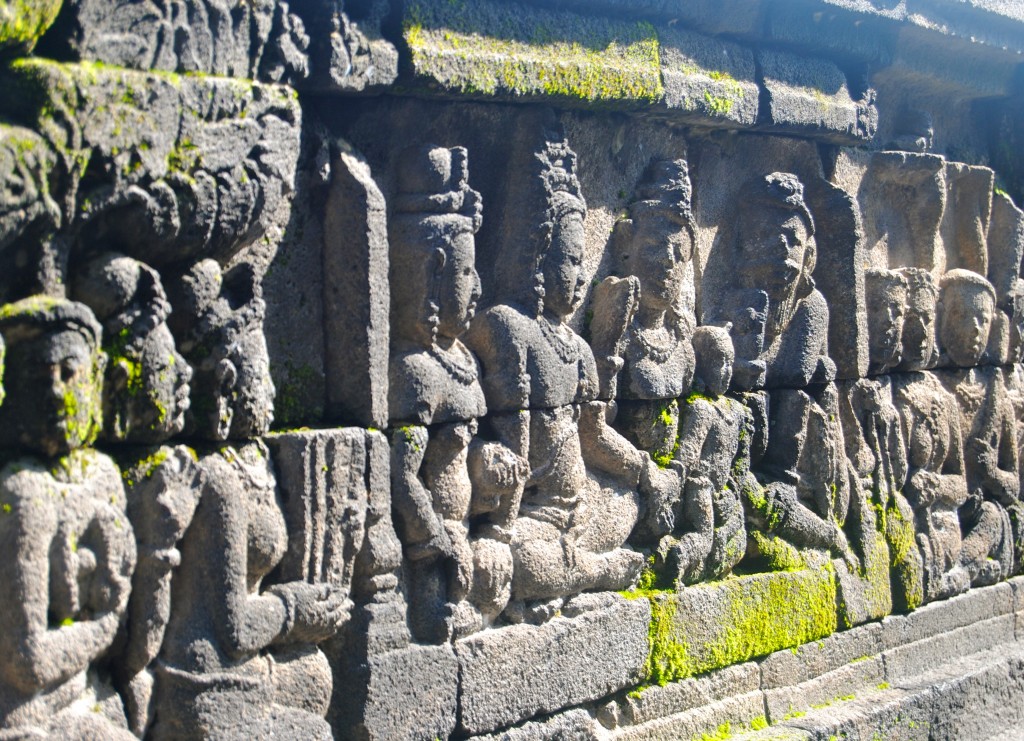 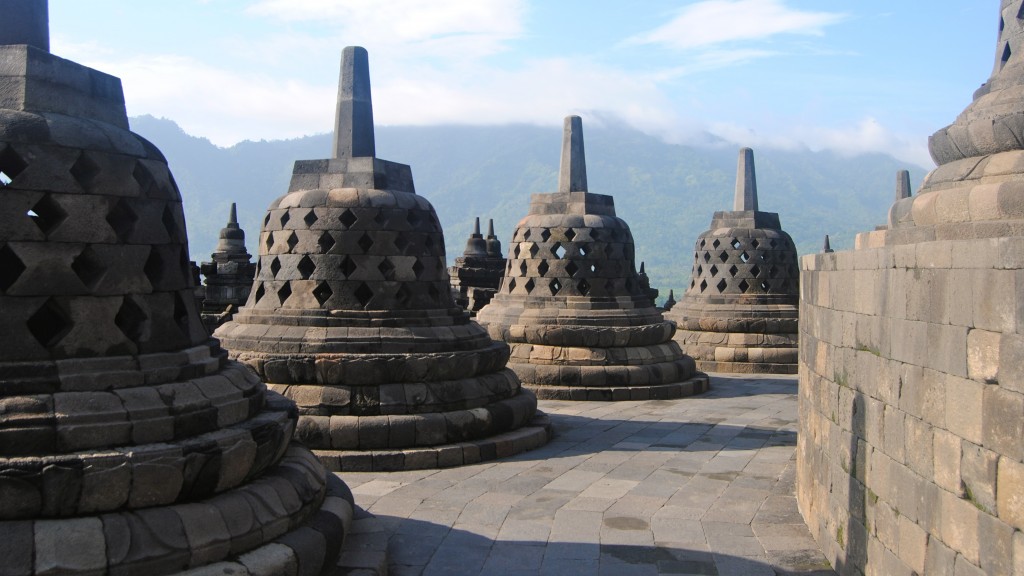 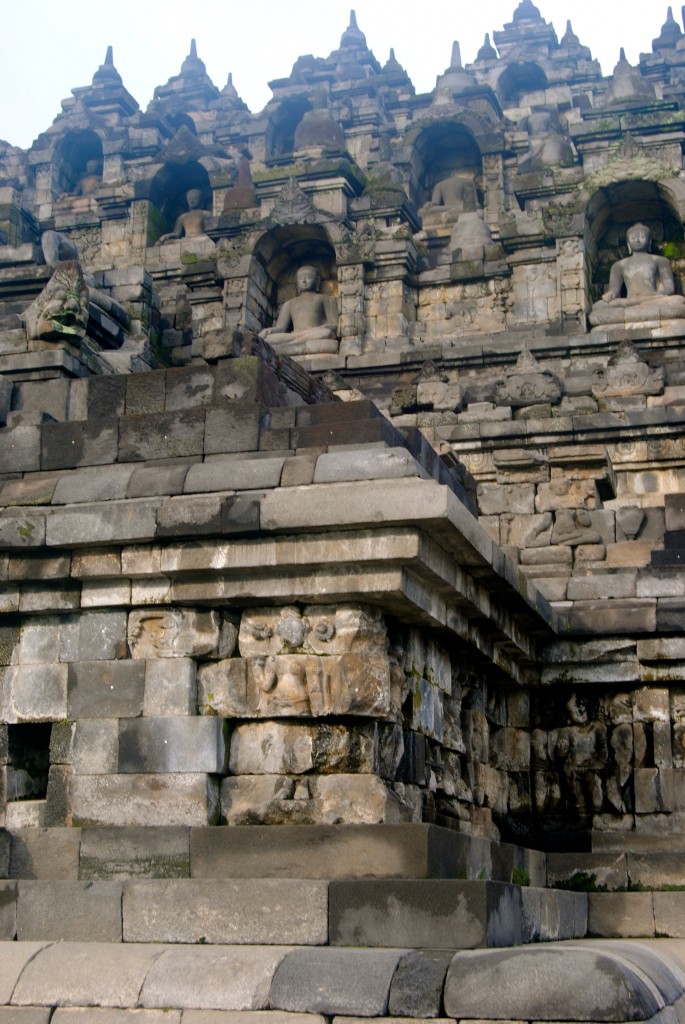 If you visit Borobudur, you might be approached by a group of Indonesian students studying English. They’ll ask you a few questions about where you’re from and what you are doing at the temple, and maybe if you’re lucky they’ll also invite you to sit down to continue chatting so they can practice their English. If this happens, take a few minutes to get to know them. After answering typical questions about American universities and Hollywood, we learned all sorts of interesting things about Indonesian culture. For example, did you know that at clubs and discos, Indonesians won’t dance with their hands in the air (you know, the ‘raise the roof’ motion); rather, they’ll move their thumbs in circles. That’s right, just their thumbs. And they love to talk about music. One of the girls gave us a quick excerpt of a traditional Balinese song, which was followed by the entire group belting out the lyrics to the Indonesian pop song ‘The Music of My Country’. 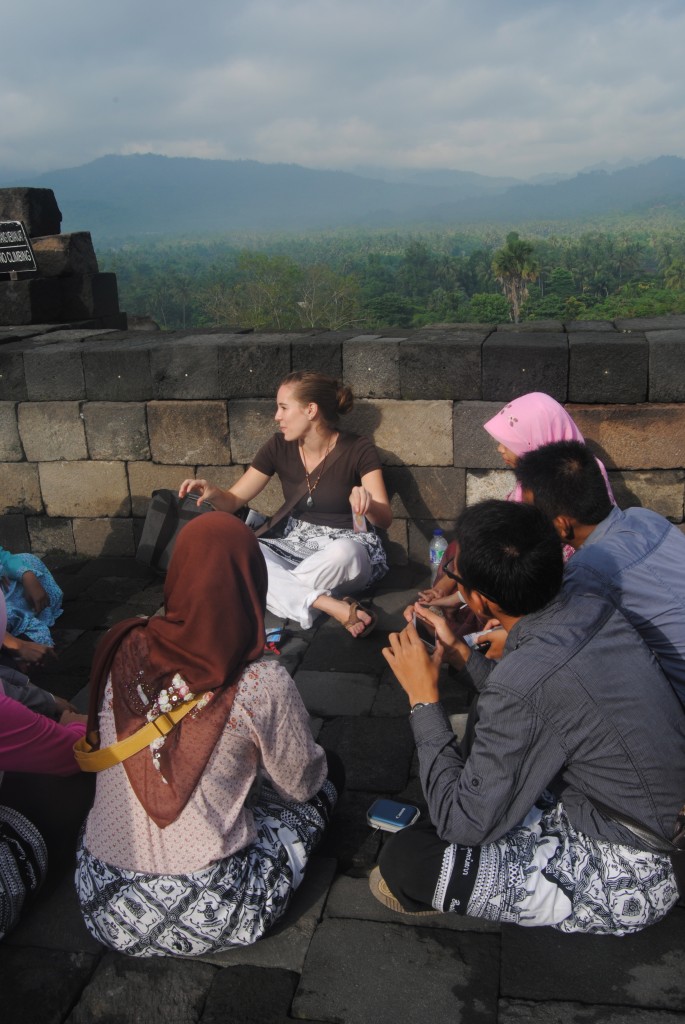 But it’s not just Borobudur that awaits those intrepid travelers who make it to Java. There’s also Prambanan – slightly less famous than Borobudur, but equally incredible in its own right. 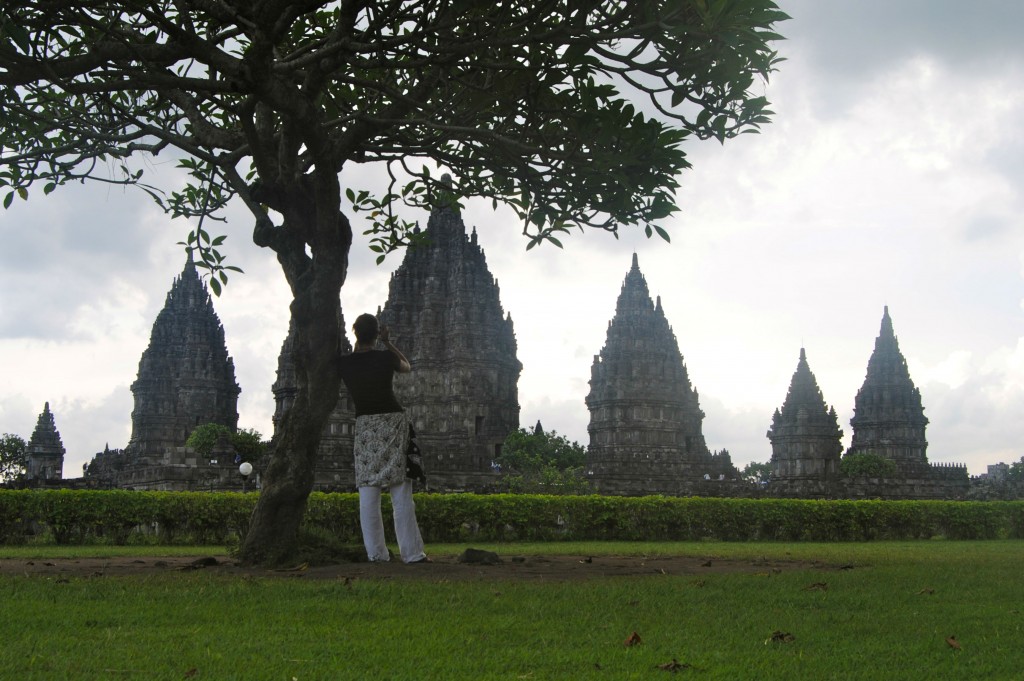 Prambanam also dates back to the 9th century, but is a Hindu temple (not Buddhist). The complex is broken down into three smaller temples. The two on the left and right are dedicated to Brahma, the god of creation, and Vishnu, the god of protection. The largest and most impressive building in the center is dedicated to Shiva, the god of desire. After a devastating earthquake in the 16th century, much of Prambanan had to be restored and rebuilt; however, World Heritage and the Indonesian government appear to be doing their best with the restoration process, even marking each replacement stone with a small nail. 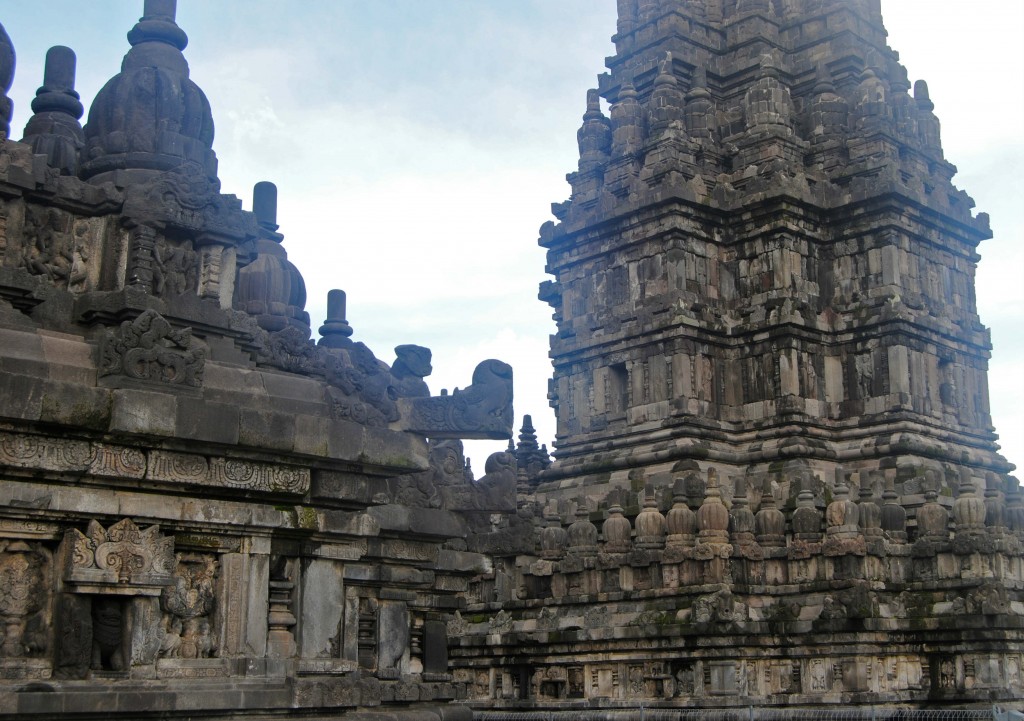 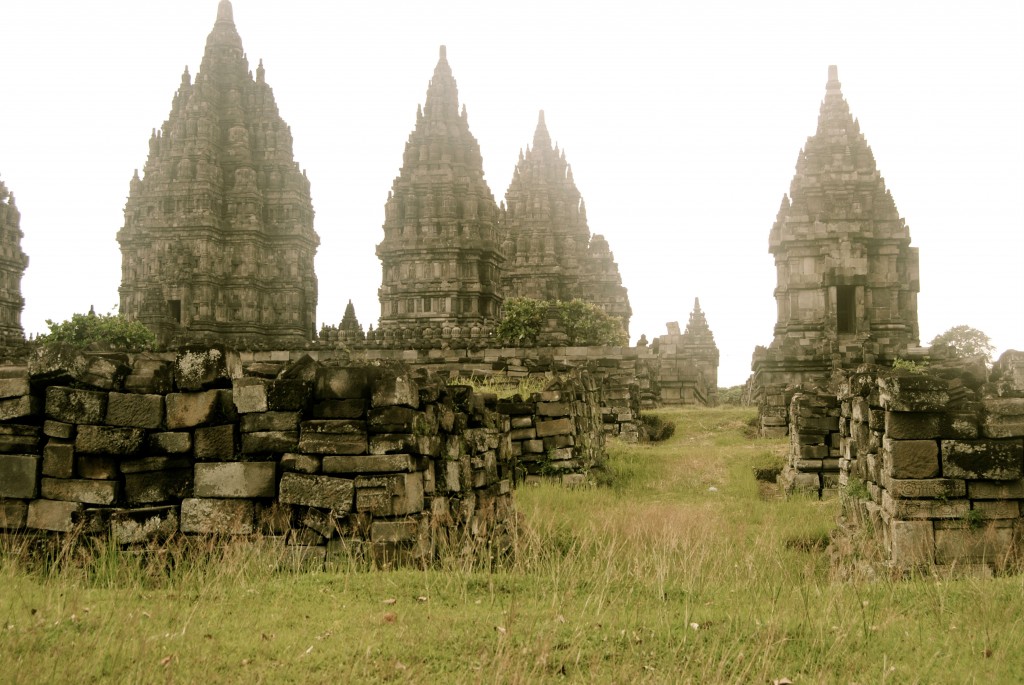 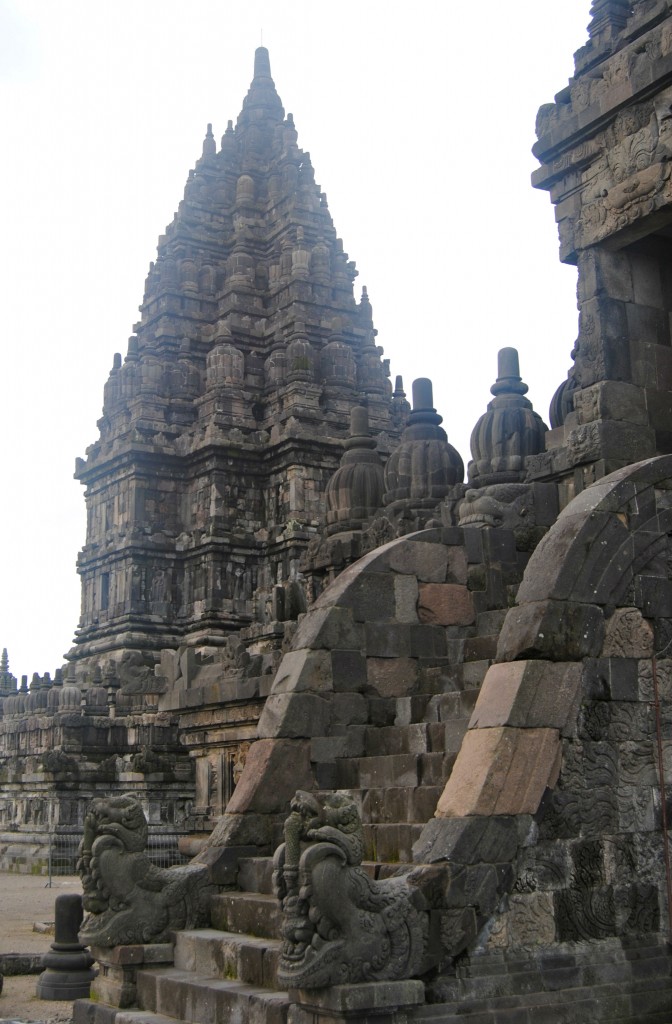 In contrast to Borobudur, we found Prambanan to be much more exquisite from afar, where the grand scale of the temple can better be appreciated.

We strongly recommend seeing both Borobudur and Prambanan. Despite being large ancient temples merely an hour away from each other, they are remarkably different. They also provide a glimpse into the history of Java, when Buddhism and Hinduism were the prominent religions (as opposed to Islam today). Most people base themselves in Yogyakarta to see the temples. We rented a scooter from here for about $5 for the day. If you are comfortable and familiar with driving on a scooter in chaotic traffic (Taiwan qualified us for this), then this is the way to go.  Driving should be taken seriously though, and we wouldn’t really suggest getting on a scooter in Indonesian traffic if this is your first rodeo. Tours are easily booked from Yogyakarta for reasonable prices, and of course there is also the bus line. If you want to spend a couple more days to see the temples, you can easily find affordable hotels in Yogyakarta that are nearby for your convenience. 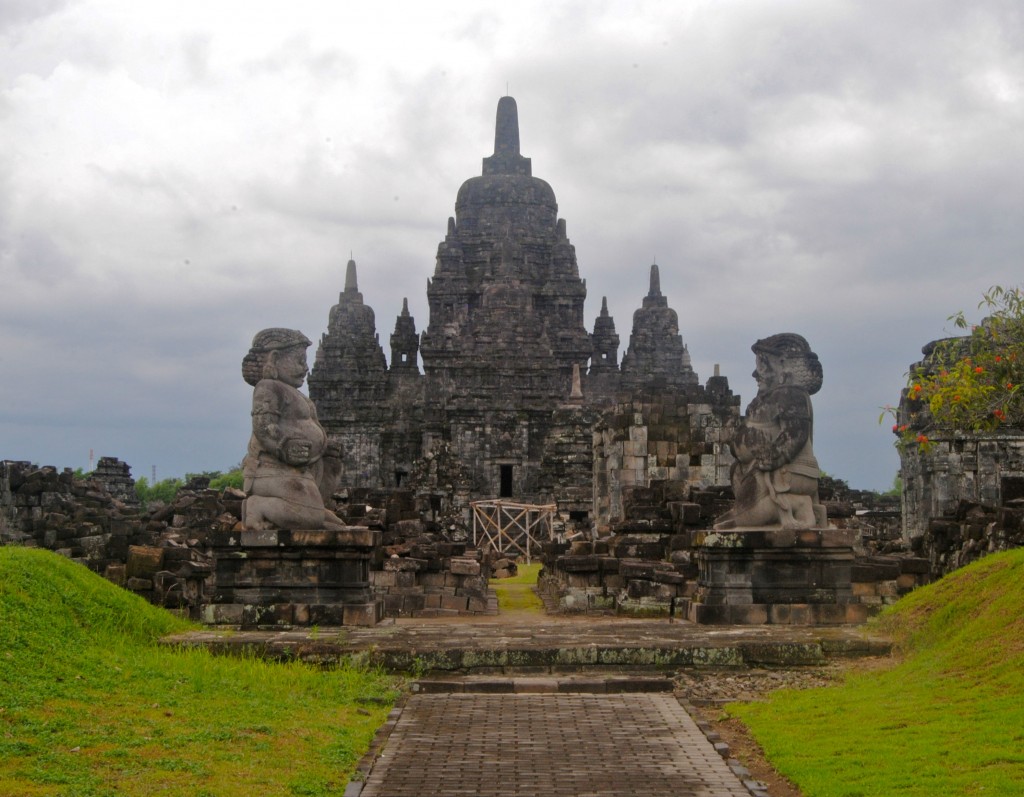 Time via scooter (or car) from Yogyakarta: 1-1 ½ hours to Borobodur; 45 minutes to Prambanan 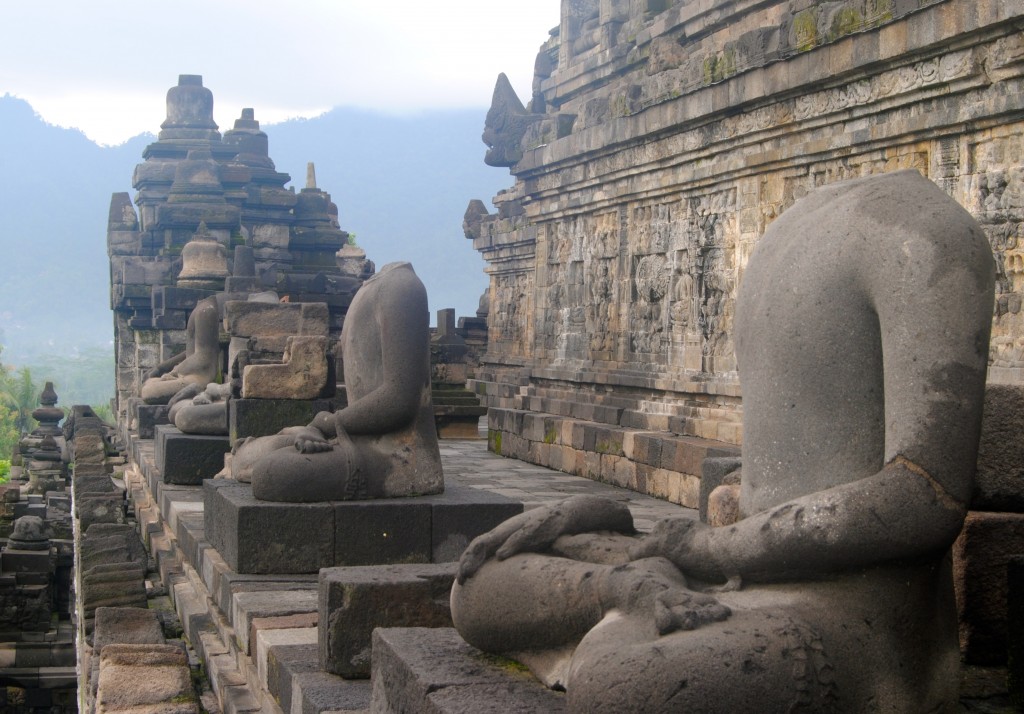 Have you been to the island of Java? Have you heard of Borobudur or Prambanam?

Getting Out of Kuta

10 Things to Love about Bali

Gili Islands: A Guide to the Magical Stepping Stones of Lombok