The Secluded Charm of Pedasi, Panama

Our trip to Panama City was more or less an extended layover. We had enough frequent flier miles to get to Central America, but rates were a bit astronomical to go all the way to Rio during the World Cup. After some number-crunching and researching, we discovered the cheapest way to make it to Brazil would be to use our miles to fly to Panama City for free, and then purchase our ongoing tickets to Brazil from there. Since we had previously been traveling non-stop through Europe, we also still had to deal with the teeny, tiny issue of getting our Brazilian visas. Luckily, we could conveniently get this done in three days in Panama City.

So Panama quickly became a very appealing destination. Last year we visited Bocas del Toro and Boquete, but we didn’t have the chance to make it down south. This time we decided to bookend our visit in Panama City, with a getaway to Pedasi and Altos de Campana National Park scheduled in the middle. Throwing Pedasi into the mix was a bit of a last minute decision, but it was one that would ultimately highlight our Panamanian adventure.

Located on Panama’s Azuero Peninsula, Pedasi is a small but charming village. It takes only moments to walk the town center in its entirety. A slow stroll through the area will take you down clean, well-preserved streets and past locals who still say a warm hello to passersby. But though central Pedasi boasts a sleepy air, the greater Pedasi area is full of things to do, including beautiful beaches, world-renowned fishing, surfing, snorkeling, and an uncanny number of Italian restaurants. It was this perfect combination of adventure and relaxation that first attracted us to the off-the-beaten-track destination. 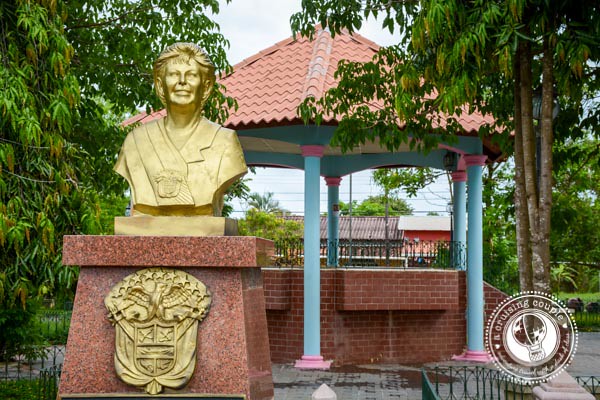 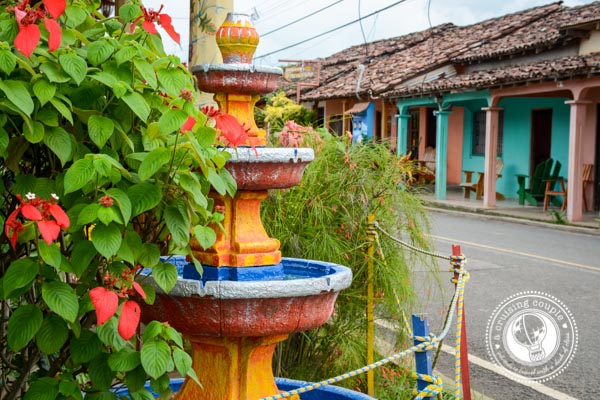 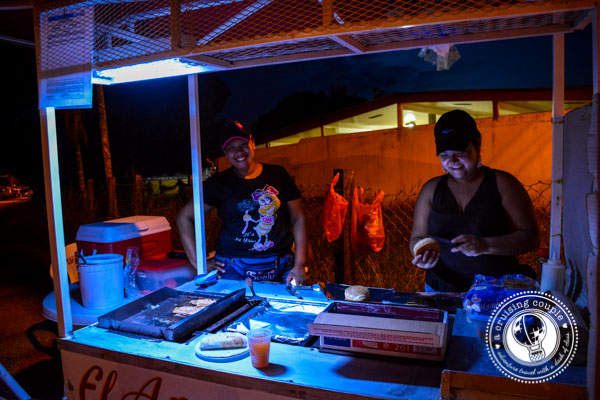 Some Panamanians had graciously but incorrectly informed us that Pedasi was an easy four-hour bus ride from Panama City. When we finally arrived at Pedasi a grueling six and a half hours later, we couldn’t have been more grateful to collapse inside our lovely—and air-conditioned—room at Casita Margarita. The beautiful wood furnishings, spacious bathroom, and comfortable bedding were exactly the details we wanted after a long day of travel. 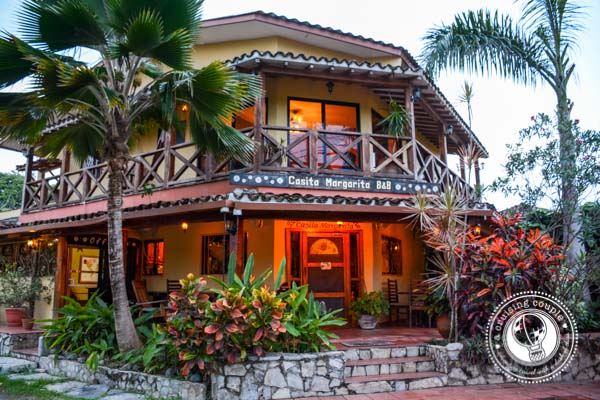 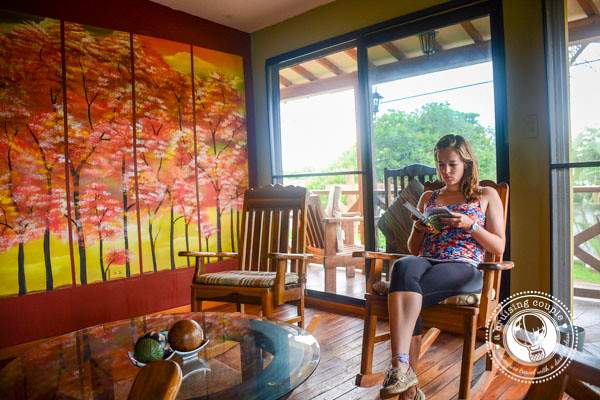 Though it would have been all too easy to stay contentedly tucked away for the remainder of the evening, the staff at Casita Margarita had shared their inside knowledge about a birthday celebration with live music going on just down the road at a small restaurant and bar aptly named Smiley’s. Well, we couldn’t turn down that—or the fact that rum and cokes were only $1.50. After still suffering from Scandinavian sticker-shock, this was one of the first reminders that it felt really good to be back in Central America. 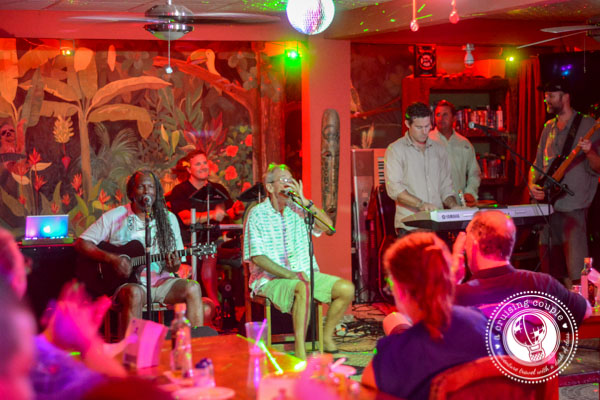 The second reminder would quickly follow with the generosity and friendliness of both the locals and expats in Pedasi. After just ten minutes of arriving at Smiley’s, we had been introduced to nearly everyone in the restaurant, largely thanks to the welcoming owner of Casita Margarita, Ted. It didn’t matter that we were only visitors to the town for three nights; the community felt genuinely interested in us, and they were happy to share their advice on exploring the numerous local area attractions.

The next morning over breakfast, Ted laughed at us when we recounted our longer-than-anticipated journey. “Oh yea,” he responded, unsurprised. “You’re at least five hours from anything in Pedasi. This isn’t a place you just stumble upon. You have to want to come here.”

Luckily, there are plenty of reasons (besides the charm) to want to come to Pedasi. Here are a few of our favorites: 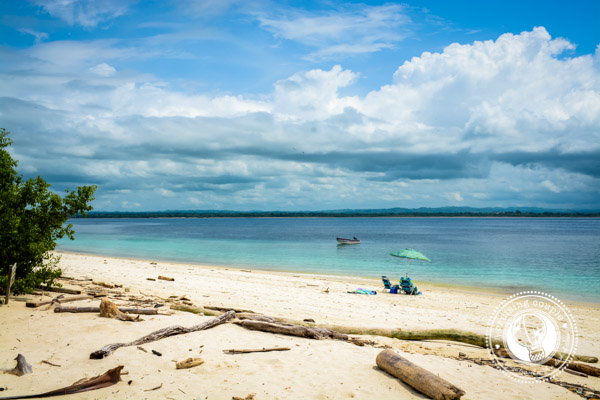 Under the guidance of Casita Margarita, we spent our first full day in Pedasi exploring the protected island refuge Isla Iguana, aptly named for the black iguanas that can usually be spotted sunbathing on the sand. Isla Iguana isn’t the cheapest day trip—a boat ride will cost around $70 (for up to 8 people) and admission to the island is $10 per person (for tourists). But at a mere 8 kilometers off the coast, the island is really a must-see for its aquamarine water, white sand beaches, mangrove forests, abundant snorkeling and isolated vibe. 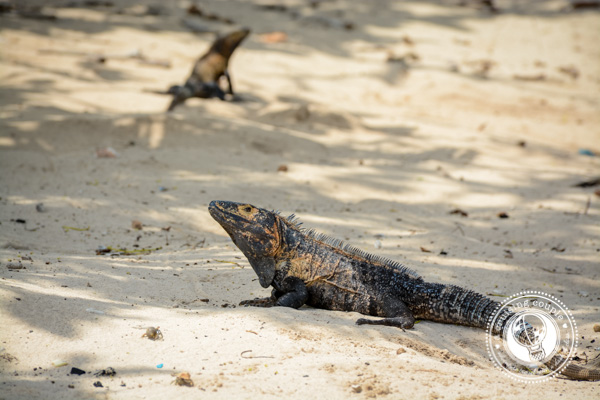 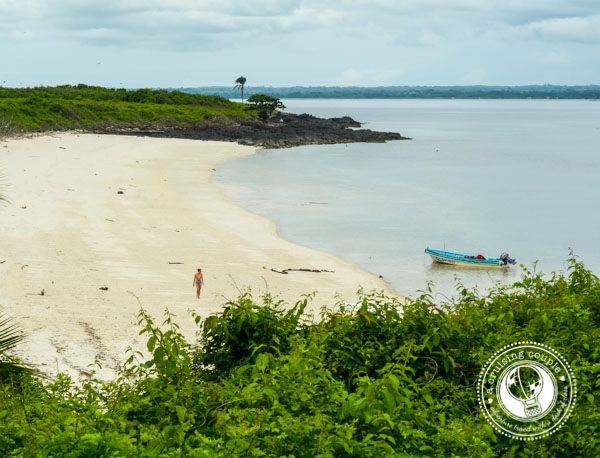 There are two beaches on the island, both easily accessible via a short hiking path that connects the two. Most boats will drop you off at ‘Playa El Cirial’; be sure to visit the other beach, Playita El Faro, for more seclusion and better snorkeling. 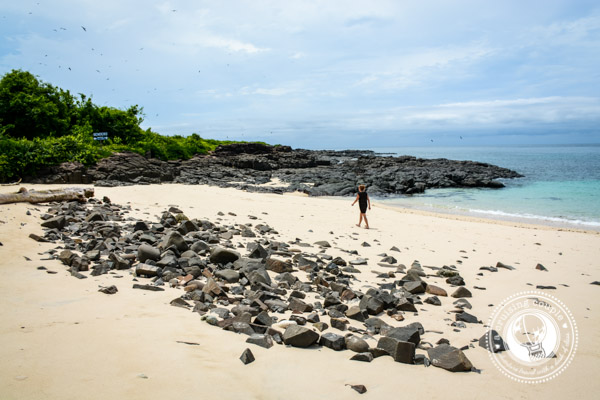 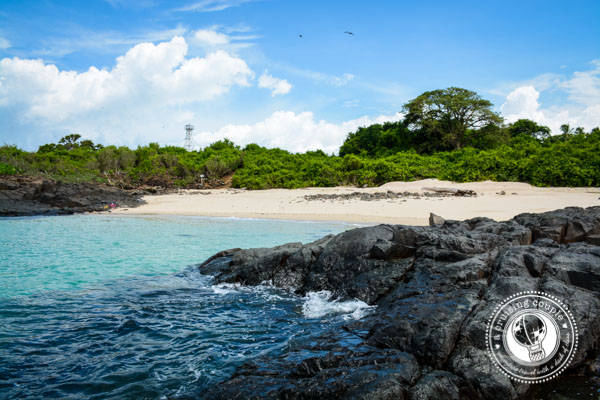 There’s no development on the island, so be sure to bring your own equipment and food. We arrived fully decked out with beach chairs, an umbrella, snorkel gear, and a cooler of ice-cold beer and lunch courtesy of Casita Margarita, much to the jealousy of neighboring beach goers who had arrived unprepared. 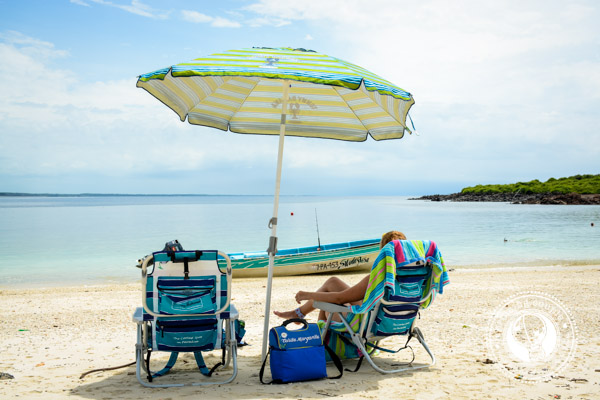 Also be on the lookout for dolphins and occasionally whales that frequent the water between the mainland and the island!

While the beaches at Isla Iguana are likely the most beautiful, there are plenty of other sandy spots that are more accessible.

Playa del Toro is a long, golden-sand beach. It’s one of the closet beaches to the town of Pedasi, easily accessible on bicycle. The road down to Playa del Toro is beautiful itself, winding through green countryside. Once you’re at the beach you won’t find that much there. It’s a great place to go for a long walk and escape the heat with a gentle swim. 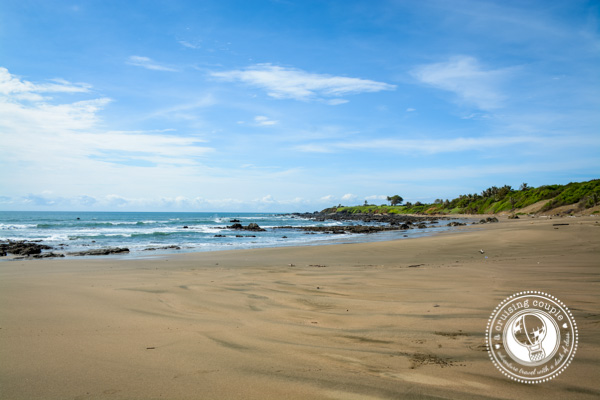 Playa El Lagarto is famous locally for its great body boarding breaks. Some of the locals who practice here have even made it to international body boarding competitions. El Lagarto is located on the road just before El Toro, ten minutes down a dirt road. There’s one sign leading to the beach, but all the locals will happily direct you there. 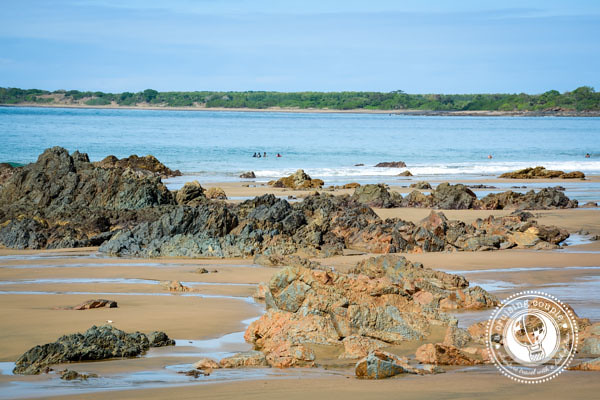 Playa Arenal isn’t the most beautiful of the surrounding beaches, but it does have a lot of local flavor. This is where the fishermen start and end each day. Boats to Isla Iguana also depart from this beach; it’s possible to arrange a driver on the spot, but most hotels have a local contact to direct you to for the same price. 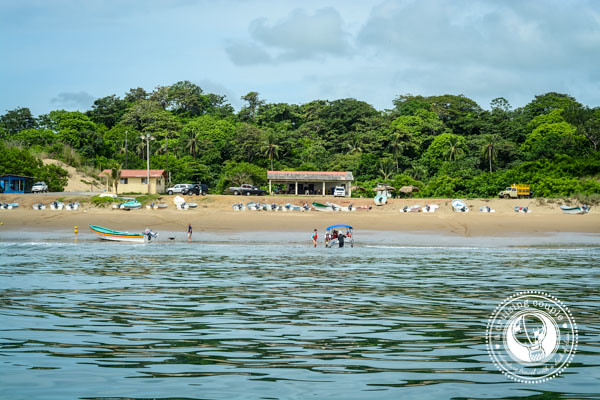 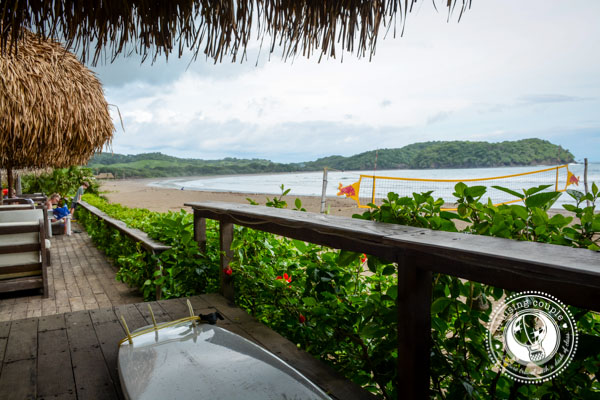 Admittedly, Playa Venao was one of the major reasons we (aka Dan) wanted to make the trek out to Pedasi. It reputedly has the best beach break in all of Panama, with consistent medium to high waves. Dan borrowed a board from Casita Margarita and we set off to wait, and wait, and wait for a bus that would never appear. So we splurged on a $25 taxi to take us on the 30-minute journey. Dan had no regrets, and was able to enjoy a great day of surfing while I watched from the beach bar with a smoothie in hand. Of course, we never found a bus back from the beach either, but we were able to hitchhike with a truck full of Panamian surfers watching the World Cup—success! 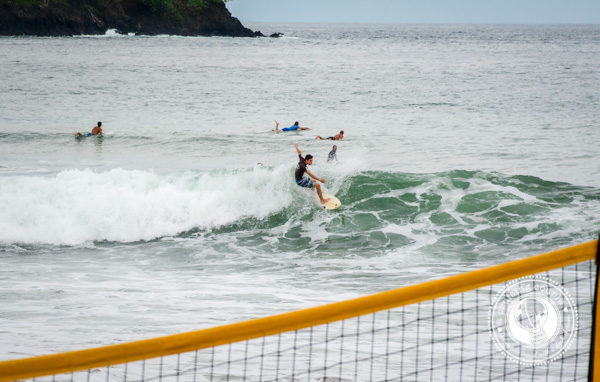 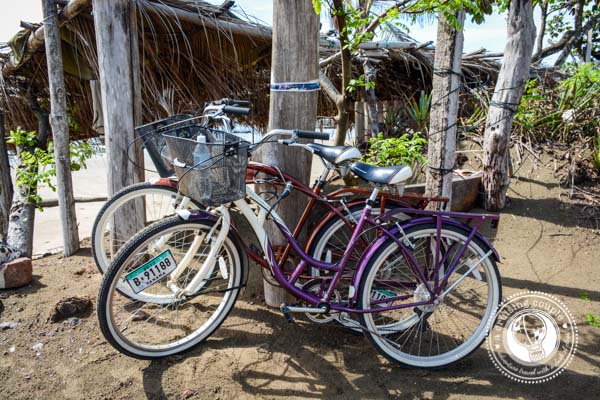 One of the best ways to soak up the charm of Pedasi is via bicycle. The town is easily cycled in minutes, but there are plenty of roads that sprout off from the town center and take you to even smaller villages and great vistas. All of the beaches noted above (with the exception of Playa Venao) are also accessed by bike.

It’s no wonder that Pedasi captivates expats looking for a comfortable, simple place to retire. The town’s popularity is only likely to grow as news of the gem spreads, but for now, the town remains a charming getaway outside Panama City. Let’s hope it stays that way for a bit longer. 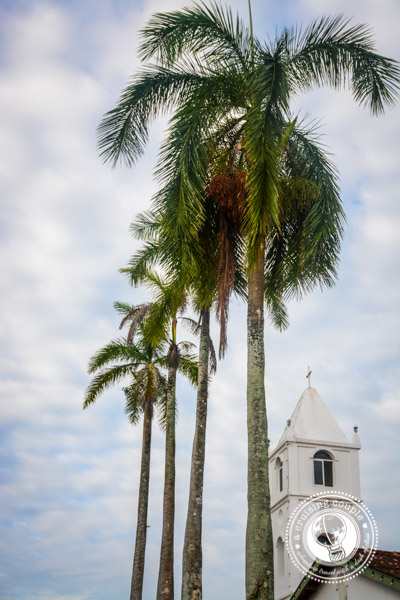 To Arrive: Buses depart from Panama City to Las Tablas regularly throughout the day. From Las Tablas you can catch a bus to Pedasi. We were too tired at this point, so we just hopped in a taxi to take us directly to Casa Margarita for $20.

To Sleep: After only three nights at Casita Margarita, we felt like we were part of the family. Owner Ted is full of great stories and advice. The manager, Guadalupe, exudes warmth and hospitality. Add to the mix great rooms, great breakfast (just ask for the #5), and a convenient location, and it’s no wonder that Casita Margarita is regularly considered the best place to stay in Pedasi.

To Eat: There are surprisingly numerous places to eat despite the small size of the town. Smiley’s is an expat favorite, with great drink prices and a tasty meal of the day. Pasta e Vino is an Italian-run favorite with authentic Italian cuisine and wine. Isla Iguana is supposedly the place to go for fresh seafood, though honestly we didn’t have the best experience during our visit. Finally, Casita Margarita is open to the public for breakfast and Monday Chicken Nights, both favorites among the expat community.

We were guests of Casita Margarita to photograph the bed and breakfast and write an article about Pedasi attractions. We were not asked to write a favorable review of the hotel—all thoughts and opinions are our own.