Though we try not to micro-manage our travels, we always put a few must-see attractions on our bucket list before we head to a new destination. For Costa Rica, one of the things that made the list was a visit to the Sloth Sanctuary. But then (as should be expected) we arrived in Costa Rica, met other travelers, and changed our minds. It’s not that we had necessarily heard bad things about the Sloth Sanctuary, but rather that we were introduced to the Jaguar Rescue Center. With room for only one in our schedule, it was the latter that won out.

An Inspiring Visit To The Jaguar Rescue Center In Costa Rica

The Jaguar Rescue Center is the remarkable vision of Encar and Sandro, a biologist and herpetologist (respectively) with over a decade of experience working with animals.

After witnessing the mistreatment and killing of wildlife in Costa Rica, the couple decided it was time to make a difference.

They began working with reptiles, rescuing and rehabilitating them out of their home. Soon the news spread about the great work they were doing. As more people began to bring hurt and abandoned animals, the project kept growing, and in 2008 the Jaguar Rescue Center was born.

The name Jaguar Rescue Center is a bit misleading at first. The center rescues and rehabilitates all types of animals, whether they are of the feline variety or not. (There were actually no jaguars present during our visit to the center. For epic jaguar photos, don’t miss this post from our up-close encounter in the Pantanal!)

Regardless, the name has a relevant and powerful story behind it: The jaguar is one of the most hunted animal in the Americas—and on the verge of extinction. After two farmers killed a mother jaguar, her sick and dehydrated baby was brought to Encar and Sandro. The couple did all they could, but unfortunately the baby jaguar passed on. Today the spirit of the baby lives on in the center, in the lives of every animal the volunteers save, and in the name—Jaguar Rescue Center.

Due to the interactive nature of the tours, a guide is required to take you through. (Trust us, you’ll want one of their knowledgeable guides anyway!)

We had a bit of a transportation issue, which meant the two of us ended up rocking one single bicycle. Dan did all the pedaling while I balanced on the handlebars, both of us getting a few chuckles from the locals passing by. It was slow going, and we were anxious we would miss our one and only opportunity to visit the center. Dan huffed and puffed up the hill, and we somewhat gracefully pulled up to the center at 11:28 on the dot. We were flushed and sweaty, but just in time.

After a quick introduction, our tour began. We were overjoyed when our first stop was to see the baby monkeys. Two small Howler Monkeys and one Spider Monkey made up the adorable entourage. The older monkeys were in training in the jungle, practicing for reintegration, but these guys weren’t strong or old enough to go. It meant we got to show them a bit of lovin’, which was fine with us. 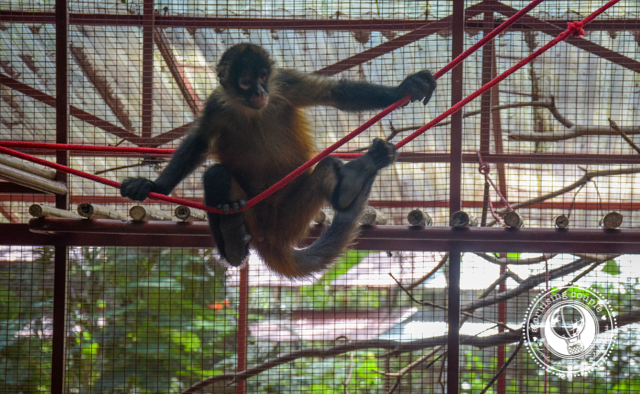 To our delight, we were actually allowed to go inside the pen with the monkeys. While of course we couldn’t go after them, it was perfectly fine if they decided to take a squat on us. They seemed to really take to Dan, which wasn’t a surprise as Dan is practically a monkey himself when he gets near a rock wall or other climbable surface.

Although we loved the monkeys, there was one little guy that clearly stole the show: 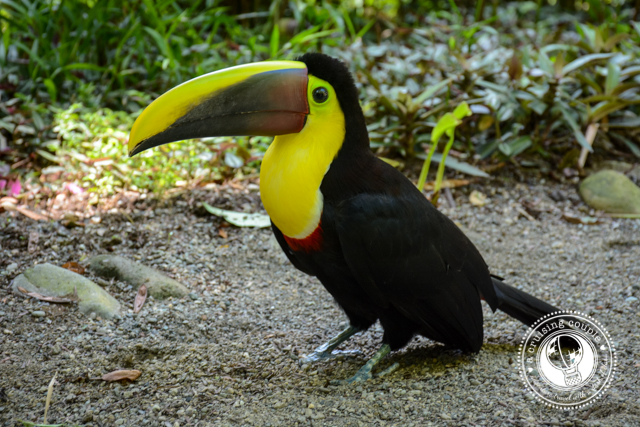 This was the first Toucan we saw in Costa Rica—and certainly the most memorable of all the ones we would later glimpse. Though at first Tooki Tooki appears to be just like any other tropical Toucan, he’s got a bit of an eccentricity: Tooki Tooki prefers to hop from point to point. It seems he doesn’t quite know that he can fly, though he’s perfectly able. What’s even more adorable is that Tooki Tooki hops after the tour groups, following them from point to point.

We became accustomed to our guide saying, “Look at the owls… and Tooki Tooki.” “Now we’re at the snakes…and look there’s Tooki Tooki.” “This is a baby sloth…and you already know Tooki Tooki.” How can you not fall in love with a Toucan like that?!

The monkeys and Tooki Tooki were certainly our favorites, but they weren’t the only animals we got to see. Here is a glimpse at some of the other animals that were at the Jaguar Rescue Center during our visit: 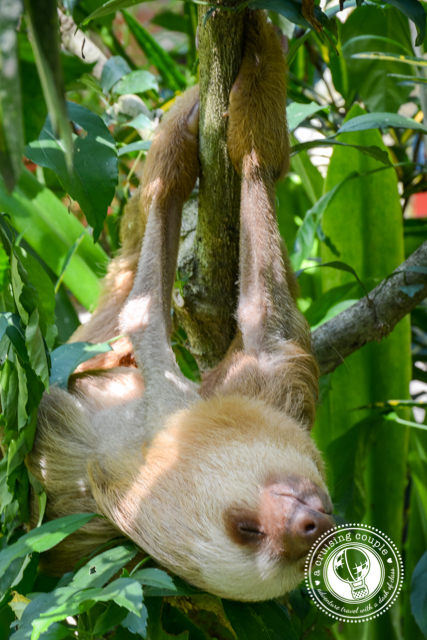 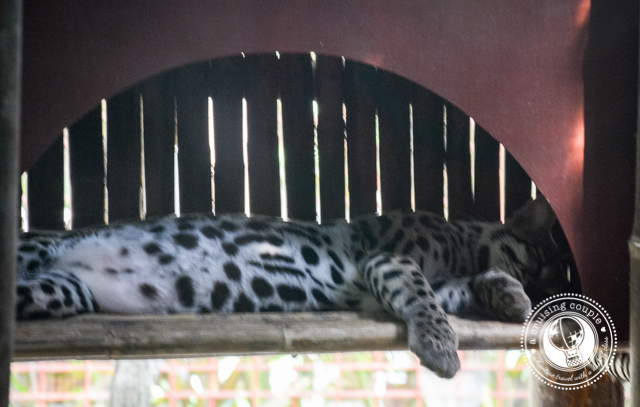 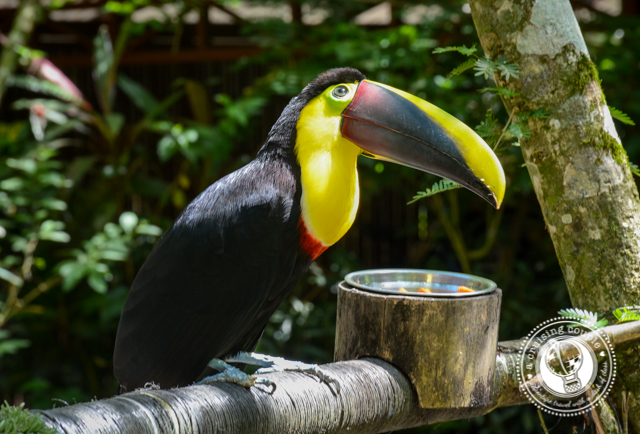 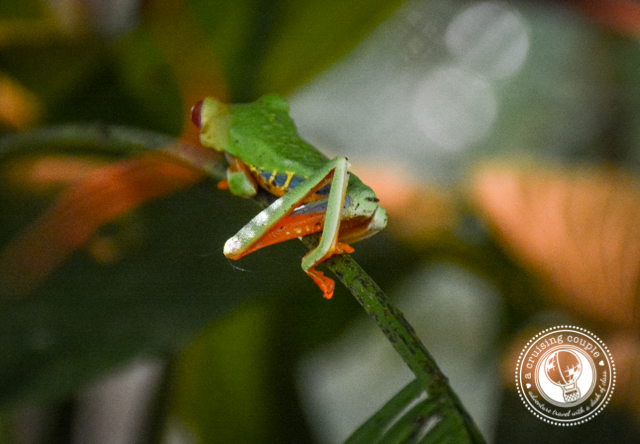 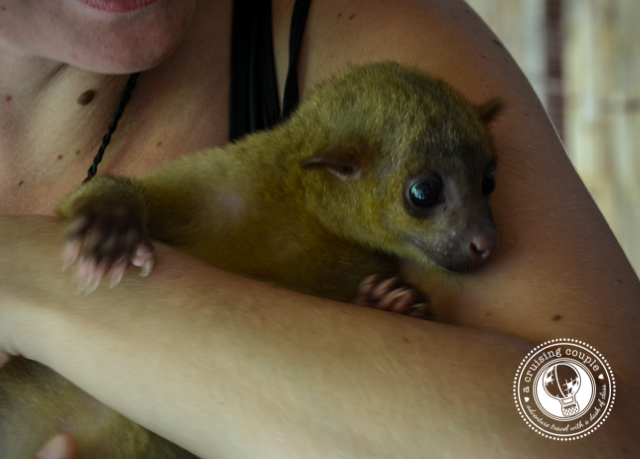 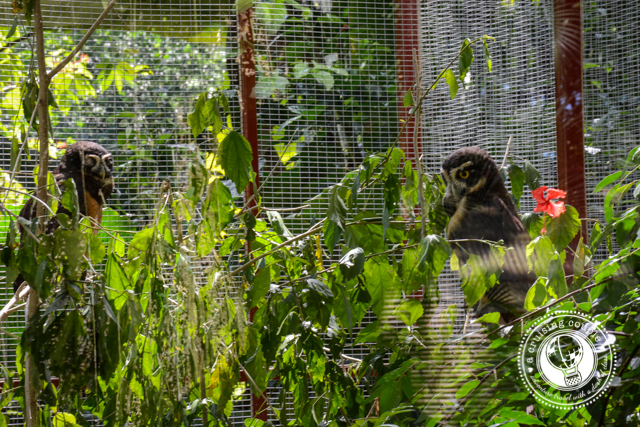 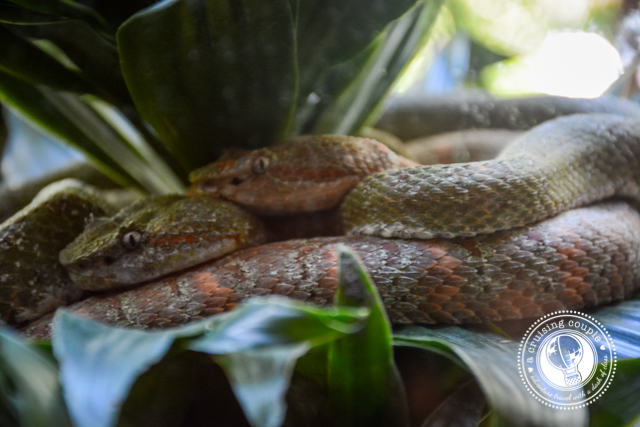 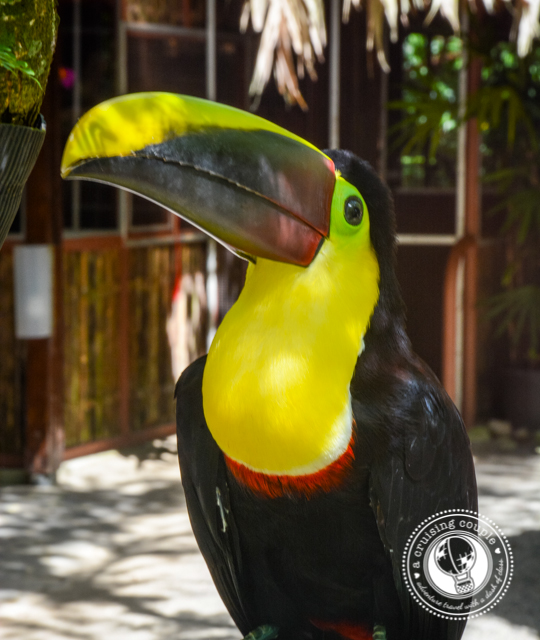 Have you met Tooki Tooki?

One of the things we really loved about the rescue center was its freeness.

Many of the animals are left in the open, without confines, at liberty to decide when they would like to leave.

This isn’t a zoo, but truly a rehabilitation center with the sole purpose of reintegrating animals into the wild. We were shocked to discover that not only do the animals bond with the shelter while residing there, but they also remember the center and have been known to return years later if injured. That is a powerful demonstration of the loving atmosphere provided!

Since its humble beginnings, the Jaguar Rescue Center has rehabilitated and returned over 400 animals to the jungle—an amazing testament to the heartfelt work of all the volunteers at the center.

Though the entire community benefits from the work of the Jaguar Rescue Center, it receives no government funding. Visit their website to learn about what the center needs, how to make a donation, and volunteer opportunities.

Have you visited an animal rescue center before? What was your impression? Isn’t Tooki Tooki adorable?