48-Hours In Delhi, India: What You Won’t Want To Miss 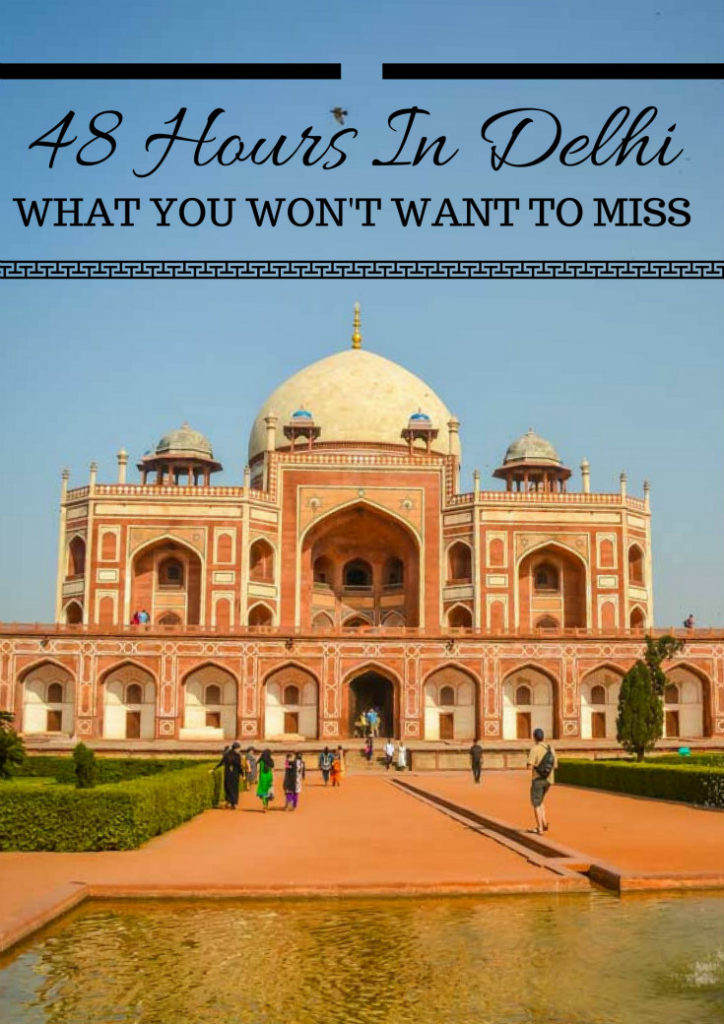 India is one of those destinations that we think every traveler should visit at least once in their lifetime.

For starters, it’s a country that makes you feel just about every emotion all in one day: stress, wonder, joy, overwhelm. It’s a place overflowing with mouthwatering cuisine, exotic smells, mesmerizing monuments, and friendly Indians who will never shy away from asking for a photo together. And it’s vast size promises plenty of unique adventures and experiences, no matter how many times you visit.

If you’re ready to throw yourself straight into the middle of the madness, there is nowhere quite like India’s capital city, Delhi. 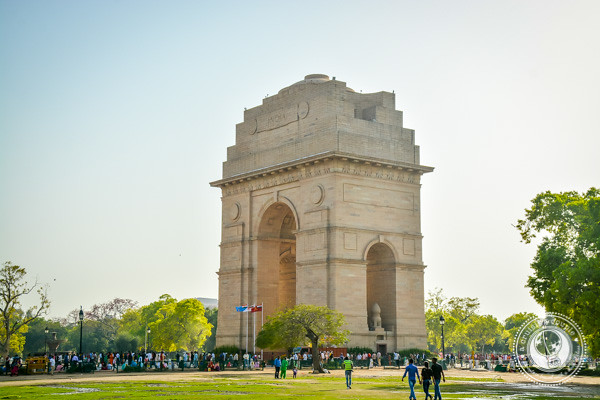 Most travelers skip over Delhi. It’s undeniably dirty, can certainly be dangerous, and, on the surface, doesn’t offer much to travelers.

However, there’s more to Delhi than first meets the eye, and if you have the time, we think the city certainly warrants at least a few days in your itinerary.

This time around, we had 48-hours in Delhi to experience the highlights of the city. Here’s what we recommend to get you started:

48-Hours In Delhi, India: What You Won’t Want To Miss 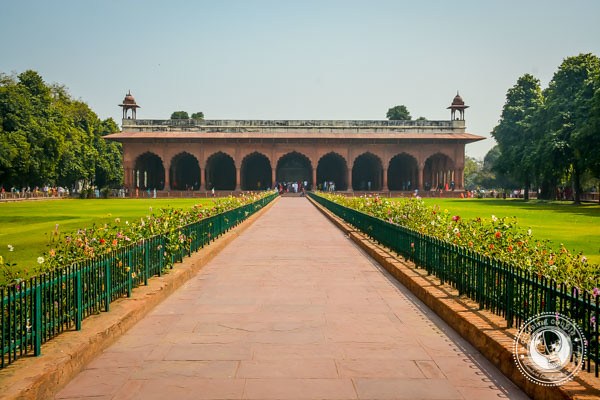 Named for its dramatic boundary walls of red sandstone, the Red Fort is an impressive World Heritage site located in the middle of Old Delhi. Surrounded by the bustling markets of Chandi Chowk, the Red Fort makes a perfect start to your 48-hours in Delhi.

Construction of this dramatic complex began in 1638 and wasn’t completed until a decade later. The fort served as the primary residence of emperors during the Mughal dynasty until the British later took over. 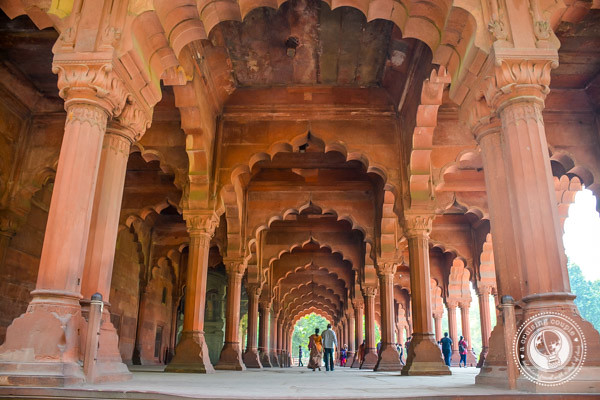 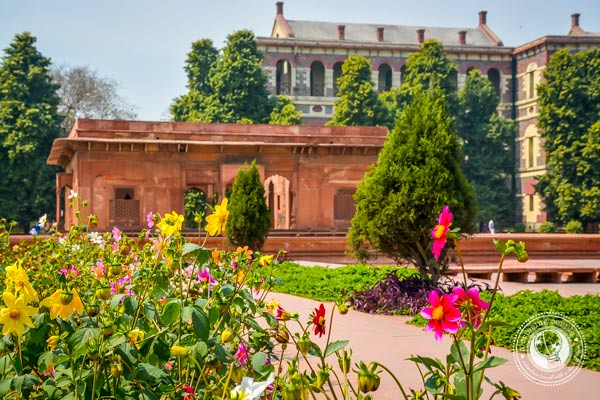 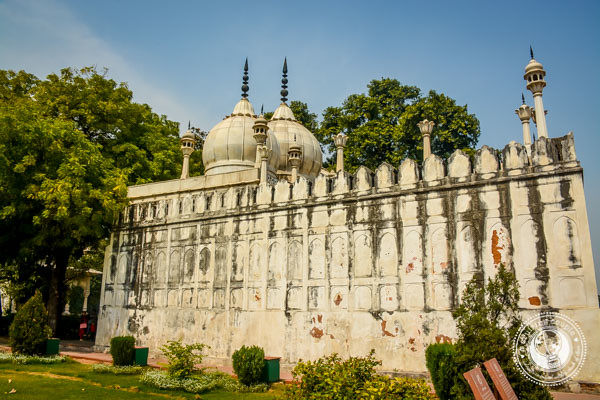 2. Ride A Rickshaw Through Old Delhi

Old Delhi is best appreciated from the backseat of a rickshaw. It’s amazing how the drivers can navigate the bustle of the small and crowded winding streets, and while it might raise a few hairs on your back, it’s also an authentic way to dive into your Indian adventure. 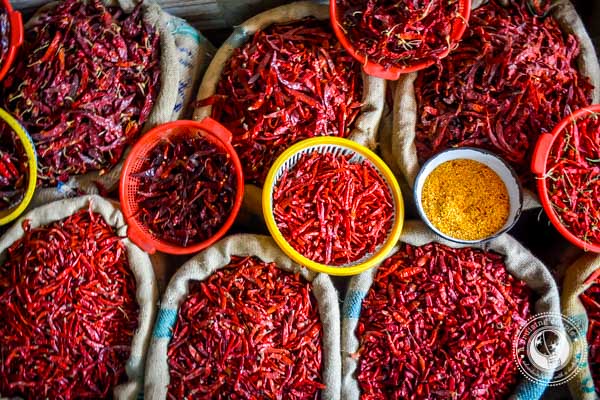 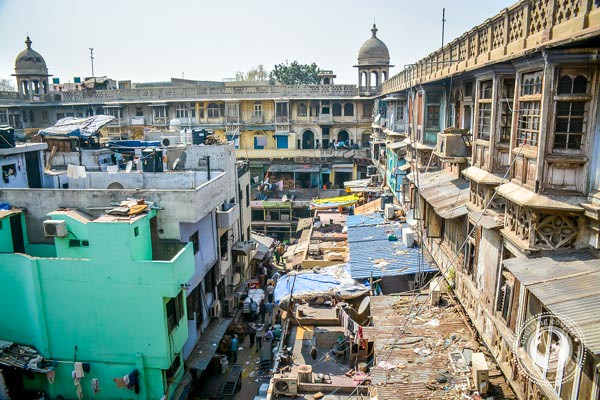 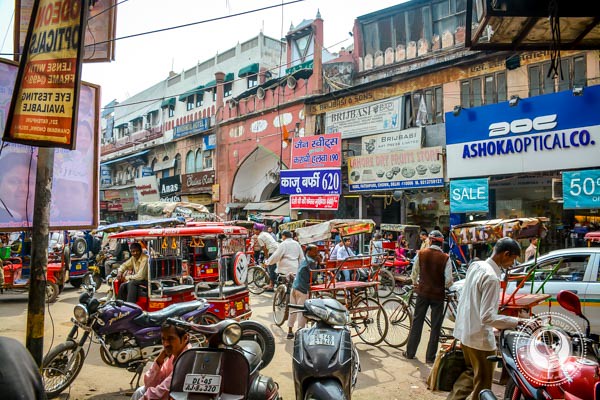 Be prepared for all the rickshaw drivers who will barrage you outside the Fort. They make commissions from stores within the nearby markets, many of which charge highly inflated foreigner prices. We can highly recommend Akbar, who was our guide for the afternoon. He was honest, a ton of fun, and only brought us to those shops we wanted to stop at. He’s always around the Red Fort, so ask around to see if he’s available. 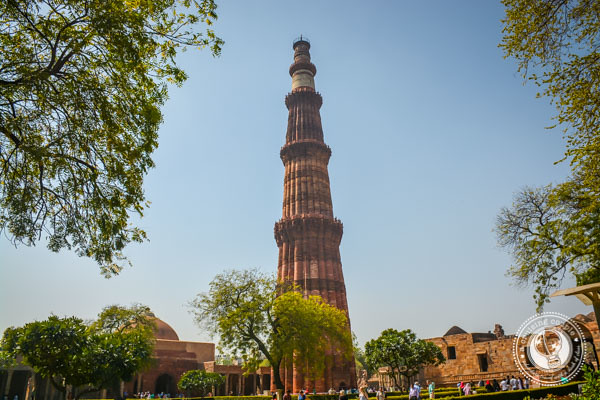 We were surprised by how much we loved the Qutb Minar. Located on the outskirts of New Delhi, it’s a bit of a trek to get here, but the peaceful complex is well worth it (just be sure to visit in the morning before it’s too hot and crowded.) 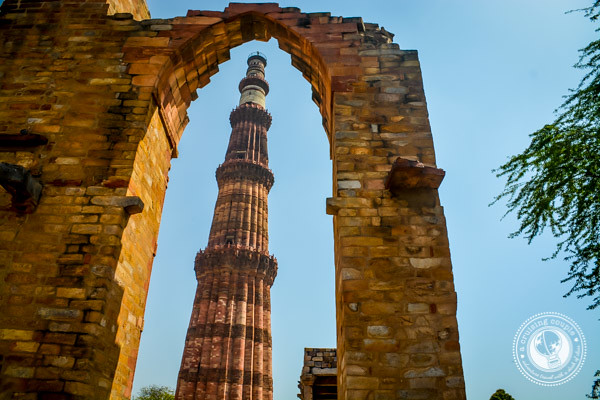 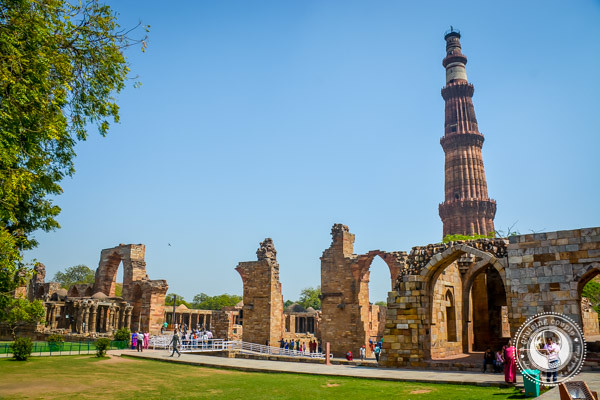 Qutb Minar in the tallest brick minaret in the world and dates back to 1220. The rest of the complex is in various stages of ruins, but we actually found it to all be quite picturesque. 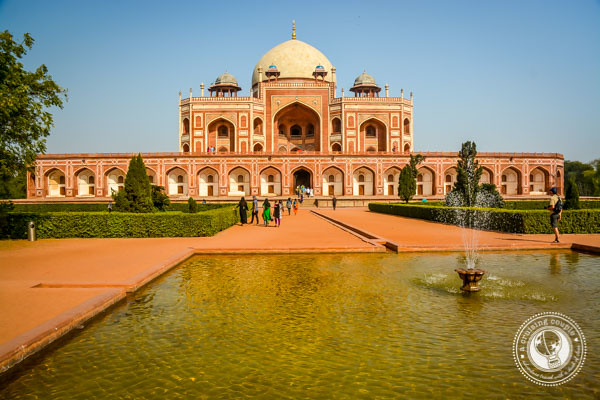 The Taj Mahal gets all the glory (and rightfully so), but what few know is that Humayun’s Tomb actually served as the inspiration for this well-known world wonder, built almost a century before the Taj. 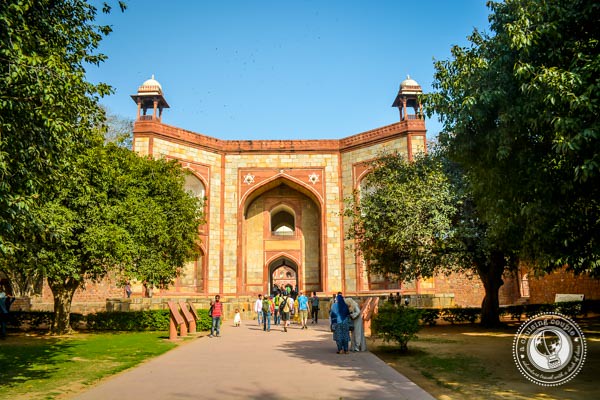 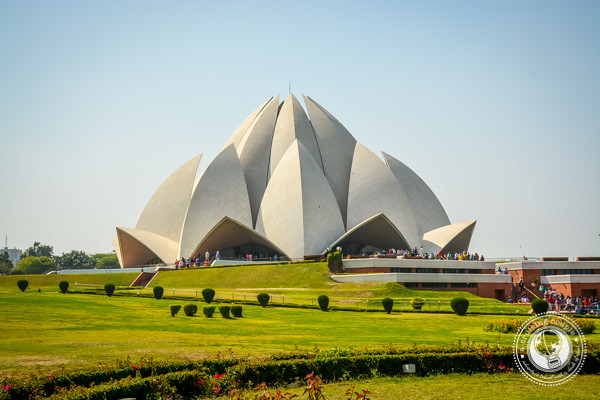 The stunning Lotus Temple is considered by many to be an architectural wonder; the flower-like building is particularly stunning at night when it lights up. The 27 marble petals come together to form 9 sides, which in turn open up to one central prayer hall. What we loved about the Lotus Temple wasn’t just it’s unique design, but also the inspiring message behind it.

A Bahai House of Worship, the Lotus Temple is a place for people of all religions and races to worship the creator of the universe—whoever that might be to you.

6. Enjoy A Drink At The Imperial Hotel 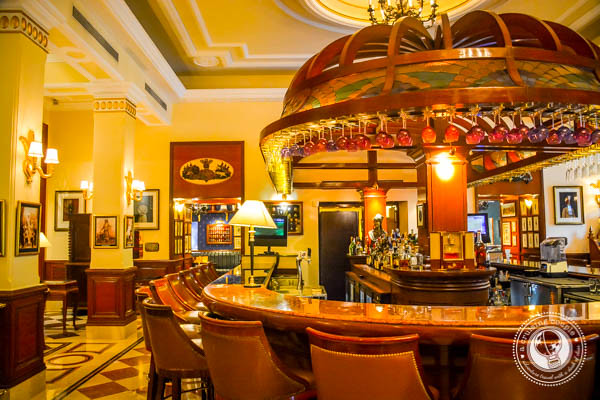 When you need a break from the chaos and noise of Delhi, head inside the spectacular Imperial Hotel. Built in 1931, the Imperial Hotel oozes of colonial charm, and will quickly make you feel as though you’ve been transported back in time. It’s pricy here, so we recommend just stopping for a refreshment before heading back into Delhi’s mayhem. 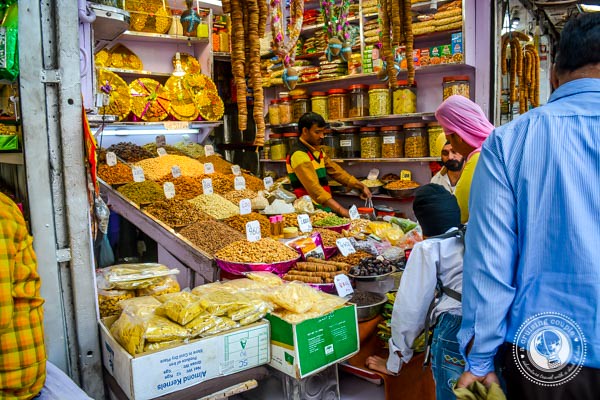 The street food is one of our favorite parts about traveling to India, and Delhi is no exception. Just be sure to choose stalls that look busy and cook the food fresh in front of you. A few of our favorites to keep an eye out for are:
Kathi Rolls: A specialty of Kolkata, you’ll also find Delhi has its own spin on these wraps made of paratha bread, grilled meat and paneer (Indian cheese.)
Aloo Tikki: Spiced potato fritters, typically served with chutneys.
Jalebi: We can only ever have a few bites of this ultra-sweet, deep-fried treat, but it’s well worth the taste. 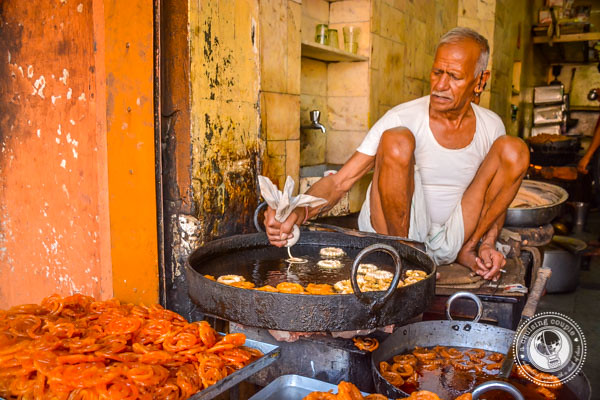 Pro Tip: Never travel to India without activated charcoal! We took it as a supplement while we were there, ate all the street food, and didn’t have any stomach issues! (Last time I was in Delhi, I was sick a lot!) In very simplistic terms, the activated charcoal absorbs bacteria, keeping you from getting diarrhea or stomach bugs. I also keep an activated charcoal stick in my water bottle to further filter my water, both in Costa Rica and on our travels. As you can tell, after one too many stomach issues, I’m a firm believer :)

Where To Stay In Delhi 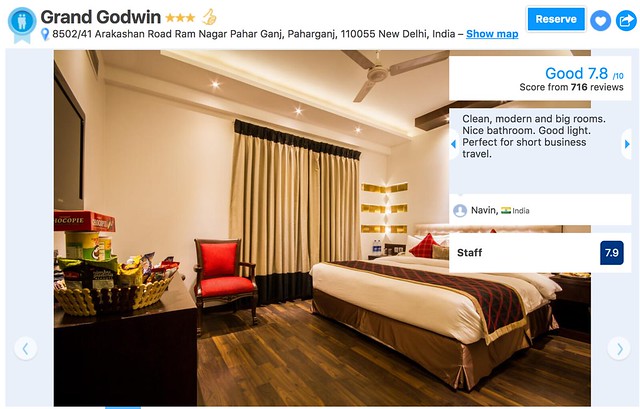 We were looking for somewhere with a convenient location and airport pickup since we only had 48-hours in Delhi. We ultimately decided on Hotel Grand Godwin, and were pleasantly surprised with just about everything. The staff was extremely helpful, the breakfast buffet was good, and the coffee shop on the ground floor was the perfect place to get real coffee (not Nescafe) while catching up on emails. The rooms are spotless and very comfortable. We would definitely stay here again on our next visit to Delhi, and recommend it if you’re looking for comfort + convenience.


While Delhi might not be as high on your India bucket list as other more popular destinations, we highly recommend spending at least 48-hours in India to see its must-visit gems.

If you had more time, what else would you add to this list?