There’s much more to France than standing in line for the Eiffel Tower or stuffing your face wit wine and cheese. The wine and cheese are definitely worth going for alone, timing your trip with one of these fun French festivals to add a little more magic to your trip. 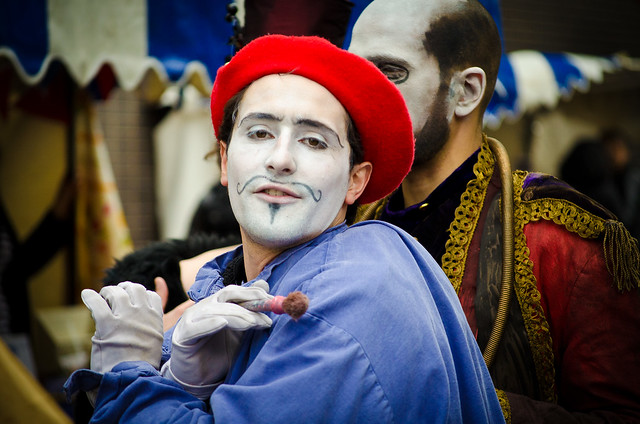 Here are six French festivals to see on your next trip to France:

This public holiday is a celebration of the day that Parisians stormed Bastille, eventually turning into a revolution what would turn out to be the end of the French Monarchy. The best place to celebrate is obviously in Paris itself which hosts a parade straight down the Champ de Elles itself! If your not lucky enough to be in Paris during this time here is a guide on where to celebrate Bastille day.

In Charleville-Mézières in the Champagne-Ardennes region of France is one of France’s most unique festivals, the World Puppet Theatre Festival. Every two years, 250 troupes from around the world perform on stages and in the streets for ten days in a row.

While we weren’t able to see Carcassone during festival time, we can attest to its medieval charm. All summer long there are nearly 100 events including jazz, opera, circus, theater, and more. All hosted inside the historic castle walls.

Hidden in the heart of Paris you’ll find the Clos Montmartre vineyard. The five-day festival consists of workshops, culinary demonstrations and, of course, a lot of wine. Wine bought from the Clos Montmartre at the event goes to support local children’s charities.

Here’s your chance to see the middle ages come to life! The enormous 35 000 m² fortress hosts banquets, jousts, wrestling tournaments and even sword duels! Though I don’t hink, we would do well in the middle ages for long, turning back time for a day in one of the largest castles in Europe sounds like a lot of fun.

The Carnival Festival in Nice is one of the largest carnivals in the world. For 15 days and nights, fantastically decorated floats and gigantic papier-mâché statues parade through the streets with music blasting in a seemingly neverending dance party.

– As goes true for any festival make sure you book your tickets and accommodation far in advance.

– Don’t leave your house without your camera! You’re going to want to brag about this to all of your friends back home.

– Try to at least learn a few words in French. You’ll be surprised how a little can go a long way.

Have you been to any of these French Festivals? Which one would you most like to see?