Only in London for the Holidays

The big city is beaming for the holiday season and you’ll need to be quick to catch all the festivities. Many of the hotels in London will be full of Christmas cheer around this time of year so be sure to grab a good one before they get fully booked. Here are our favorite things you’ll only get to see in London during the holidays. 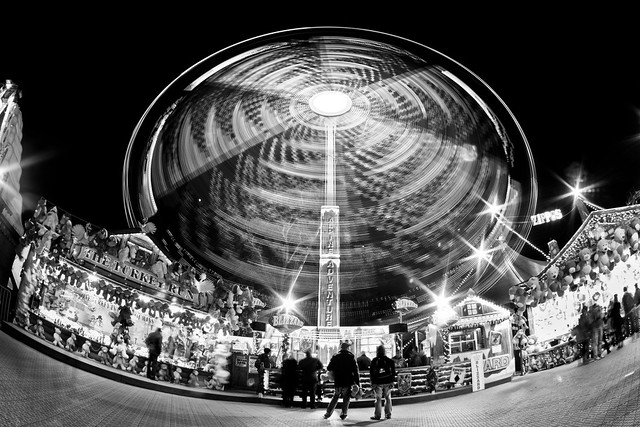 Hyde Park gets transformed into a dreamy fairy tale. Shop around at the giant Christmas market or grab a seat at any of the live shows on offer. If you’re in for more of a rush take a ride on any of the fair rides from full-blown roller-coasters to the 60m observation wheel. Entrance is free, but some of the activities such as ice-skating, the circus shows and the Magical Ice Kingdom require a ticket for a fee.

Hogwarts in the Snow

Make the season even more magical than usual and stop by the Warner Bros. Studio. You’ll be able to get up close to the amazing model castle that was the backdrop for the Harry Potter films. The eight Christmas trees in the Great Hall surrounded by mistletoe, wreaths and holly are sure to delight as well.

Skate at the Natural History Museum

Grab your ice skates and twirl gracefully around one of London’s most iconic and beautiful buildings. Take a skate around the rink after dark when the enormous tree in the middle is lit and the museum is fully illumined.

On the 24th of December the Choir of Westminster Abby puts on a festive performance telling the story of Christmas. The 700-year-old building and coronation church of England is sure to fill your heart with joy. 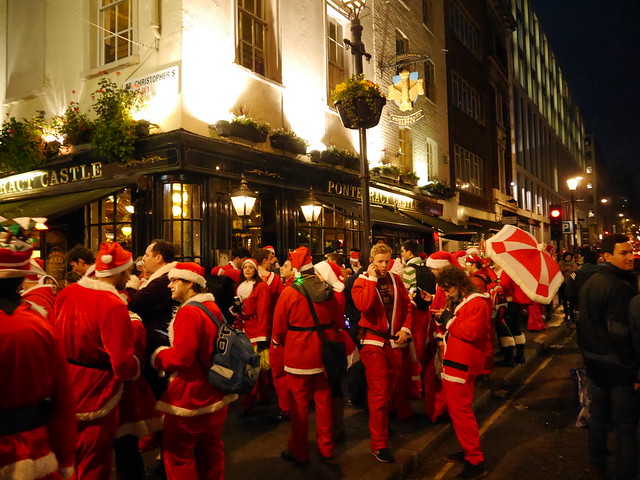 Ok, so there are multiple Santacons hosted around the world, but nobody does it quite like London. Grab your Santa outfit and join hundreds of other Chris Kringles as they roam the streets singing carols and spreading good cheer. It is customary to give nice children candy and naughty adults coal along the way. The meeting points are only announced a week before hand so check the listing here.

Or simply cheer on the festively dressed participants as they race through an obstacle course without dropping their pudding. The race aims to raise money for cancer research in a fun and competitive way. You may even spot a celebrity or two trying their hand at the course and serving up plenty of laughs along the way.

Competitors have been meeting on Christmas morning since 1864 to brave the icy waters in a 100-yard dash across the pond in Hyde Park. Although the race is only open to members of the Serpentine Swimming Club who have qualified during the season, you are free to watch, with a warm cup of hot coco in hand.