5 Cool Buildings in Dubai That You Need to See

It’s no wonder that Dubai is fast becoming the must-see destination of the Middle East. From the world’s tallest tower to man-made islands, Dubai’s architecture is innovative and interesting, bound to astonish even the most jaded of travelers. Can’t make a trip to the Middle East just yet? Here’s a virtual snapshot of the five coolest construction projects Dubai has created so far: 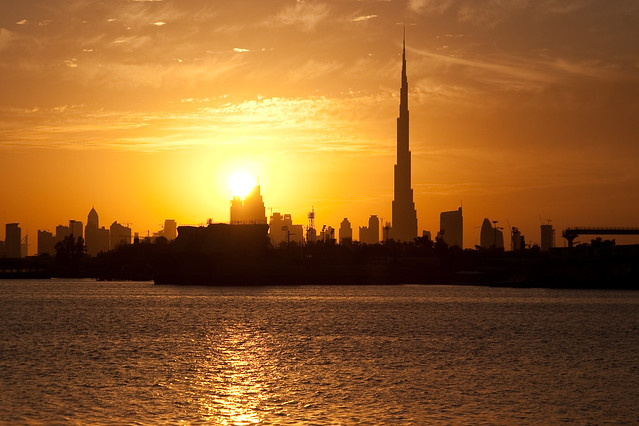 5 Cool Buildings in Dubai That You Need to See

This 5-star hotel has become one of the most famous structures in the city. It was designed to symbolize the sail of a boat and the progress of Dubai’s urban transformation. The 321-meter tall building is home to 202 rooms spread over 60 floors. It sits on it’s own artificial island and is connected to the mainland by a private bridge. It’s no wonder this hotel is repeatedly voted one of the most luxurious in the world. Unfortunately the price tag is fit to match its stylish status, but there are plenty of other Dubai hotels.

To put it plainly, the Burj Dubai is massive. It holds the record as the tallest structure ever built, with the most floors, the longest travel distance elevators, the highest nightclub and restaurant, and highest New Year fireworks display. It is twice the size of the second highest tower in Dubai, the Princess Tower. The building tops out at a whopping 818 meters with 164 floors. Costing around 4.1 billion US, it’s no surprise here that even the budget is huge. However, Dubai hasn’t won on every factor just yet—if you want to swim in the world’s highest swimming pool, then you’ll have to hop over to Hong Kong.

The Palm Jumeirah is an artificial island off the Jumeirah coastline. It is one of the 3 Palm Islands, which is said to increase the overall shoreline of Dubai by 520 km. Palm Jumeirah was the first (and smallest) of the 3 Palm Islands, but still manages to include its own monorail system, connecting the Atlantis Hotel to the Gateway Towers at the foot of the island. The project is so cool that Dubai considers it to be the 8th Wonder of the World.

Though it’s still being developed and constructed, upon completion the Dubai Marina will claim the prize as the largest man-made marina in the world. The area around the marina contains over 200 high-rise buildings, as well as spectacular skyscrapers. The tallest block of the Dubai Marina is located on the western side. It contains some of the world’s tallest buildings, with the majority ranging from 250 meters to 300 meters.

This twin tower complex was the first hotel to be completed in the Dubai Marina, and at the time the Grosvenor House was completed in 2005, it was the 8th tallest building in Dubai. The towers contain hotel rooms, residential apartments and 12 restaurants and bars. If you’re not ready to rent an apartment, spoil yourself with a visit to one of the plush and luxurious restaurants inside.

After you’ve had your fill of cool and modern architecture, don’t forget to explore Dubai’s equally captivating traditional quarters. You’ll be amazed at the contrast!

Have you been to Dubai?