Getting Off the Beaten Track in Altos de Campana National Park, Panama

We’re suckers for a good view. It’s why we are currently slowing things down in Vidigal, one of Rio de Janiero’s pacified favelas, with million dollar views out to Ipanema and the surrounding sea. And it’s what first attracted us to a pit stop in Altos de Campana National Park, a biological reserve boasting a swoon-worthy vista of craggy peaks and deep valleys stretching out to the Pacific Ocean. 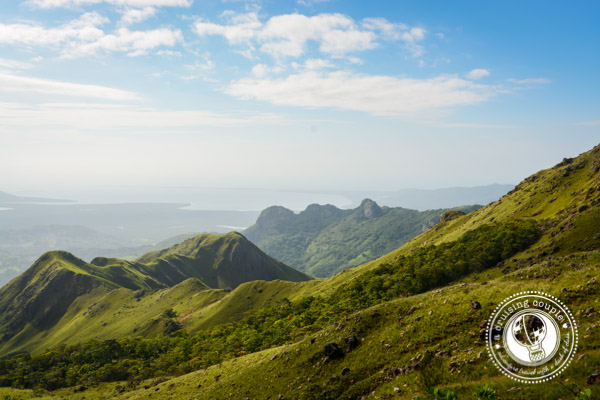 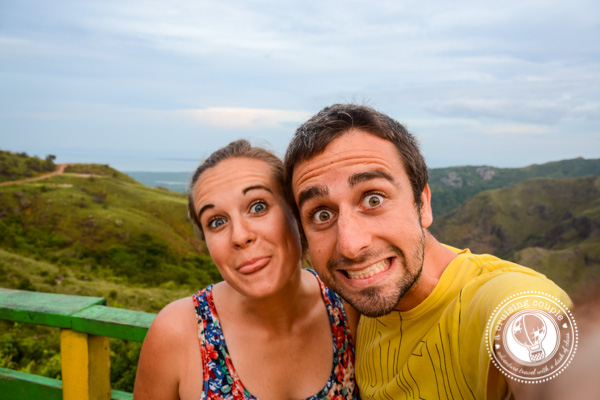 Just an hour outside of Panama City, Altos de Campana was Panama’s first national park, founded in 1966. But despite its long history and easy accessibility, the park remains relatively unknown by most travelers and even some Panamanians. Which is a shame, really, because we found the biological reserve and national park to be absolutely wonderful—and a must visit for anyone looking to escape the urban sprawl of Panama City.

Surrounded by cool rolling mountains and lush secondary forest, the first thing we noticed upon our arrival at the park was the extreme drop in temperature and humidity—being perched 800 meters above sea level will do that. Feeling like we had been walking around in a thick inch of sweat since our arrival in Panama, we relished the need to throw on a light jacket after sunset. The second detail we observed was how peaceful and serene the area felt. It was almost unbelievable that this dynamic landscape was just 55km from Panama City, and only a short drive away from the resort-lined beaches of Playa Coronado. 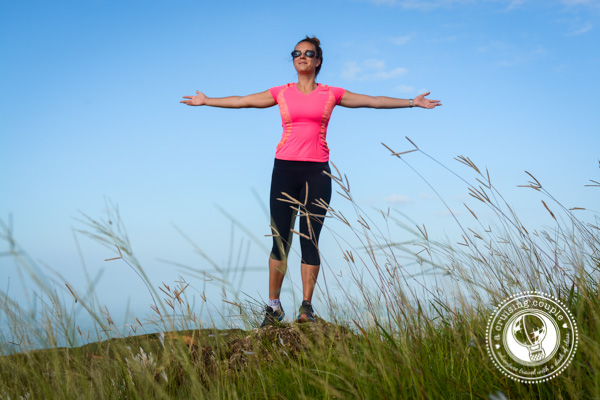 While most people who do visit Altos de Campana come for the day, we opted to extend our stay for the night. We only wish we had planned to extend for even longer. Located just outside of the park headquarters is one of the most charming B&Bs we have ever seen: Posada Loma Grande. This three-bedroom guesthouse is perched upon a hill offering commanding views of the Bay of Punta Chame, the River Mouth of the same name, and the volcanic rock formations of the Valle de Anton. But it wasn’t just the views that caught our attention this time—it was the gracious host, Mim, who made us feel like we had stopped over at a long-lost friends home for the evening. 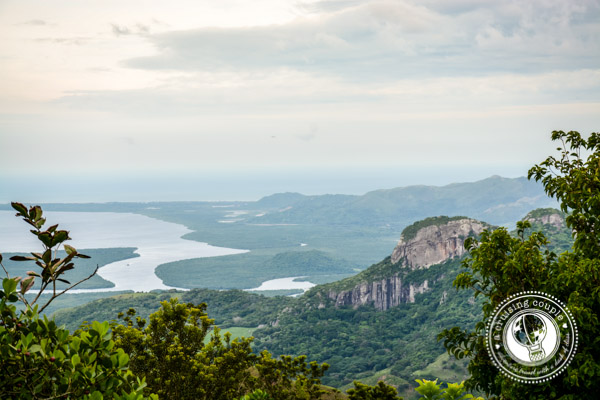 Because we arrived at Posada Loma Grande in the afternoon, we decided to hold off on any hiking excursions into the park until the next morning. Luckily, that meant we had plenty of time to enjoy a coffee on the front porch while talking with Mim, cuddling with the resident pooch Ceasar, and relaxing with the picture-perfect scenery all around us. High-speed WiFi meant that we even got a little bit of work done in there. (We’re secretly hoping that Posada Loma Grande might need some housesitters in the future… we can’t imagine a better office space!) 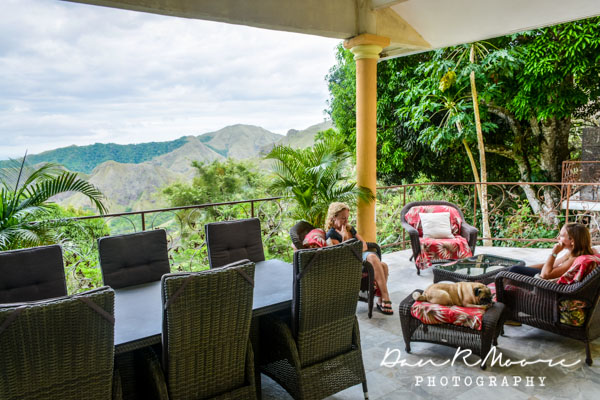 Though not a far distance from town, Mim offered to prepare a romantic, candle-lit dinner for us on the private terrace. There was no way we could turn that down, especially when we found out the menu included homemade lasagna, wine and pineapple cheesecake! It turns out that Mim’s cooking rivals that of any four-star restaurant. We wined and dined under the stars on one of the most memorable meals we had in Panama. We were even visited by a small family of monkeys just before dessert! 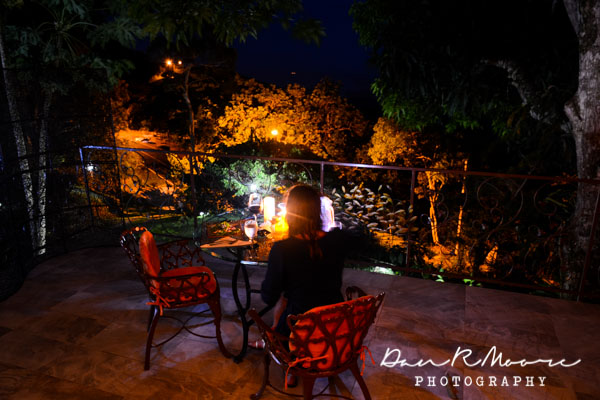 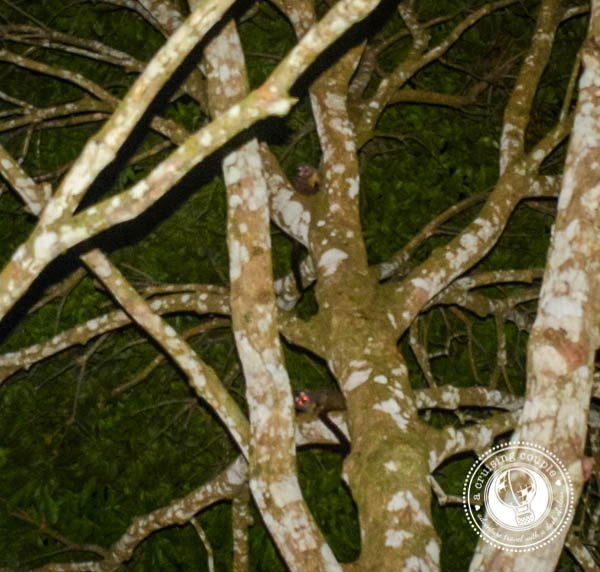 The next morning it was tempting to stay in the comfort of our room and the B&B, but we only had a short time at the park, and we needed to burn off some of those pasta calories from the night before. We actually awoke with the sunrise, energized with some coffee and overnight oats (again amazingly prepared by Mim), and then set off for the park. There is one main trail that runs through Altos de Campana National Park, with a few shorter hikes stemming off from it that go deeper into the forest. The walks are more like shady strolls than strenuous hikes, making it easy to appreciate the surrounding nature and views. The Sendero La Cruz supposedly boasts the best views, the Pacific beach resorts even visible on a clear day. We sort of walked around aimlessly, unsure of where we actually went, but enjoying every moment of it regardless. Altos de Campana does get avid bird watchers that are in a quest to spot the famed orange-bellied trogon and other local birds, but we were the only people on the trails that morning. And we certainly weren’t complaining about the silence and tranquility. 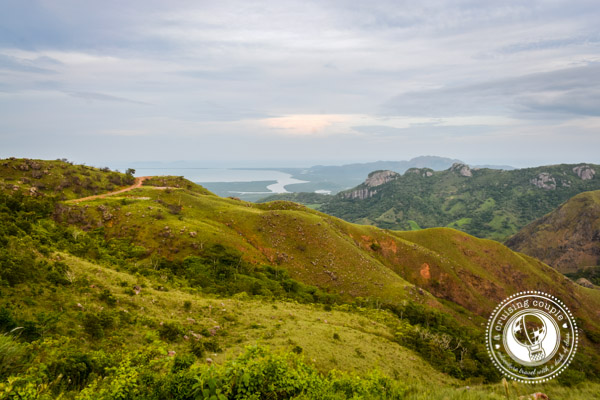 Though our time at the Altos de Campana National Park and Posada Loma Grande was short, we wouldn’t hesitate to suggest it as a must-visit during any trip to Panama City. We would return for the views and Mim’s home-cooked meals alone!

To get to Altos de Campana National Park

To arrive at the park, take any bus that is bound for the town of Capira on the Interamericana Highway. From here, minibuses regularly depart for the village of Chica. Posada Loma Grande, the Mirador and the entrance to the National Park are located on the road in the middle. Alternatively, taxis will also take you for around $20.

If the ranger station is open, you will have to pay to enter the park. Tourists pay $5; locals pay $3. The park entrance is actually 5km further up the road from the ranger station, making it very handy if you have a personal vehicle at your disposal.

Posada Loma Grande is the most convenient place to lay your head on any visit to the National Park. Mim actually shared that some tourists visiting Panama City and the nearby beaches prefer to stay at the B&B as Panama City is only an hour away, but here they are surrounded by serenity. Either way, we highly recommend making a stop. There is a reason why Mim has 19 excellent TripAdvisor reviews and nothing less than that: she’s an amazing host offering amazing rooms at even more amazing prices. 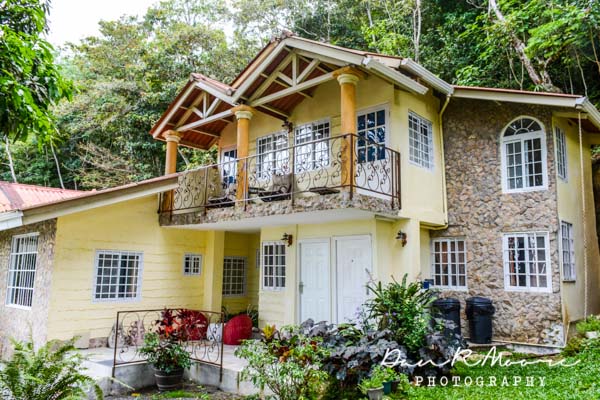 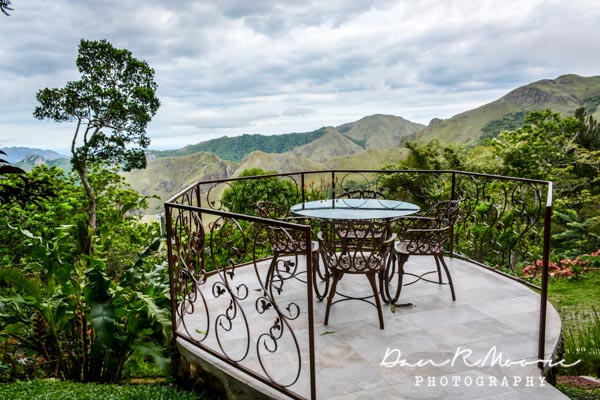 There are three rooms in the main guesthouse. We stayed at the Suite Loma Grande, a spacious room with queen bed, a bathroom with tub, and panoramic views. Rates are $125 during low season. The other two rooms are smaller but just as charming. Rates for these rooms during low season are $80 and $90. 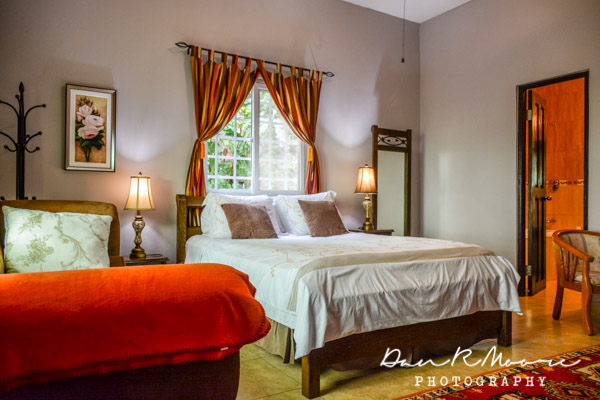 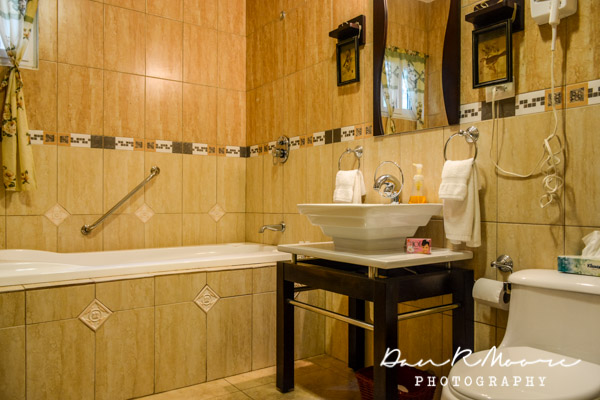 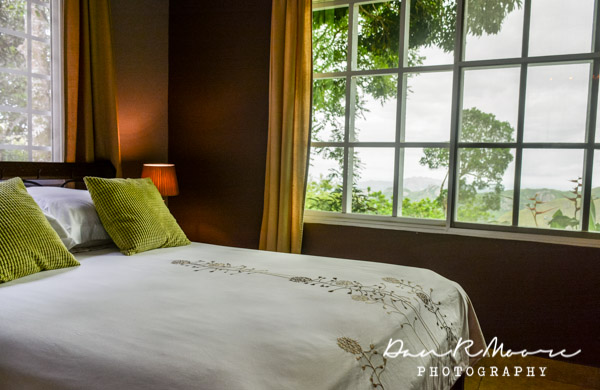 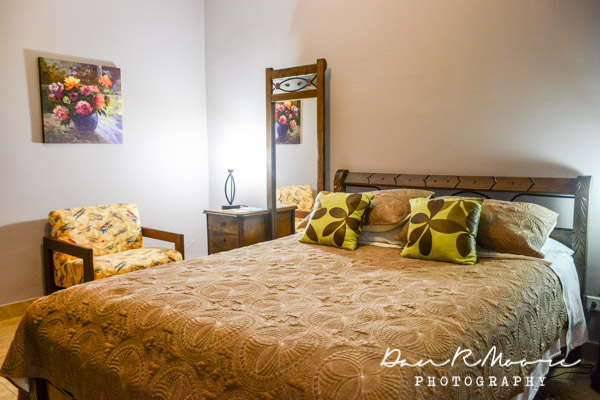 Does Altos de Campana National Park seem like a worthy day trip to you?

We were guests of Posada Loma Grande. As always, all thoughts and opinions are our own.