Cajamarca is a small city that sits in the foothills of the Andes Mountains. I don’t know how it manages to seem like such a secret considering it has a very loud history and offered up my favorite memories of my time studying in Peru.

Everyone, visitors and natives, travel during Semana Santa (Holy Week) in Peru. The week long holiday is filled with festivals and several cities, such as Ayacucho, are famous for their parties. Cajamarca is at the bottom of the list when it comes to largest Semana Santa celebrations, but that was actually a perk. It was my first time out of the giant, craziness of Lima and I didn’t know a soul. I booked a flight to this charming mountain town, not really knowing what to expect or what I would find there. The truth was, I didn’t really know about Semana Santa until I arrived in Peru a few weeks earlier and by then flights, buses, and hostels were expensive and full. Over the next four days, the beautiful and ultimately tragic history of the Incas, the power of gold, and Peruvian hospitality, would be spread before me for the first time.

EVERY town and city in Peru has a Plaza de Armas, or town square. They are usually a small clearing with a fountain in the center and a beautiful church a few steps away. Cajamarca’s Iglesia de San Francisco is a bold and intricate building that serves as easy proof of the strong Spanish and Catholic influence in the country, but just a few blocks away in juxtaposition sits proof of one of the Spaniards’ many great atrocities against the Incas.

The last great Inca King, Atahualpa was captured by the Spanish Conquistadores and held hostage here. The Spanish were gold crazy and would hoard or melt down any treasure they could get their hands on. Atahualpa knew this and promised his people would fill a room with gold then twice more with silver in exchange for his release. A deal was struck and the Incas delivered, but the Spaniards did not. They publicly executed the king his people and even many Spaniards loved so dearly. A short walk from the golden steps of the church will bring visitors to the grey stone remains of the room where the king was held hostage.

Cajamarca has a brighter side too, that includes Inca Baths, incredible food and markets, and a well earned reputation as the dairy center of Peru. It is the perfect place to visit a finca or Peruvian farmstead. Visitors will see shelves filled with blocks of cheese the size of tractor tires. One day in Cajamarca can include an epic hike, a cheese tasting, and a potent dose of history followed by a dip in Inca Baths. 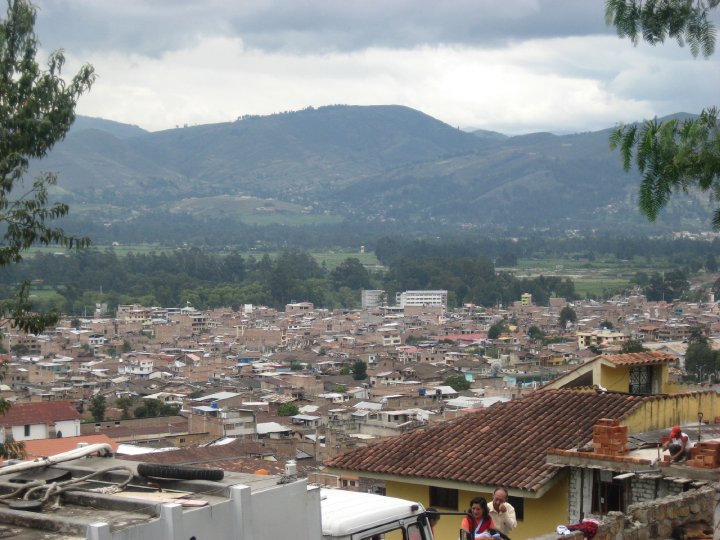 A long flight of stairs (that includes some amazing jewelry stands) will bring you to this view of the whole city. 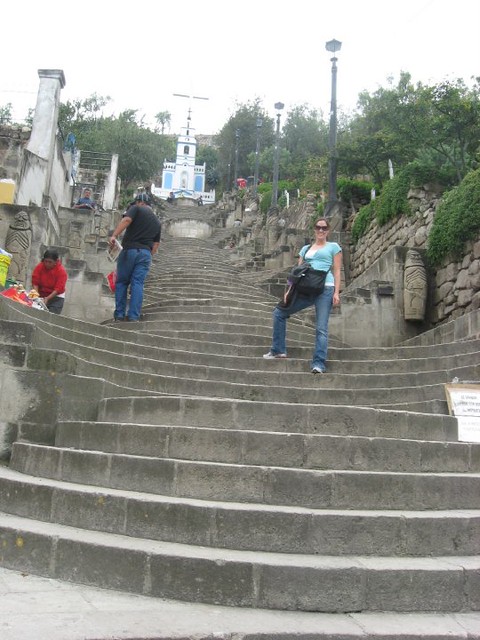 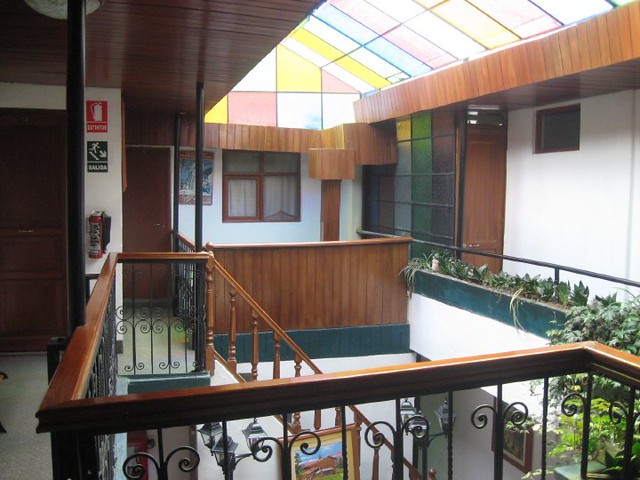 Inside of my quaint little hostel. It cost about $10 USD a night. 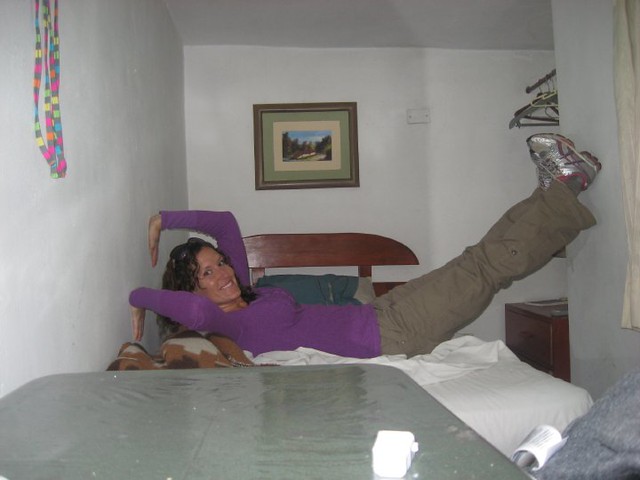 Excited to touch both walls of my “spacious” private room at the same time – loved every inch of these cozy quarters. 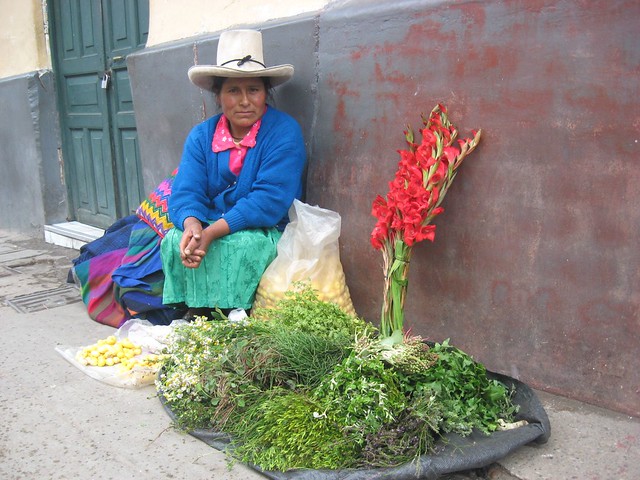 A woman in the traditional bright clothes of Peru sells flowers just off the Plaza de Armas. She was a little skeptical of my desire to take a picture, but a short conversation in broken Spanish made her feel better. 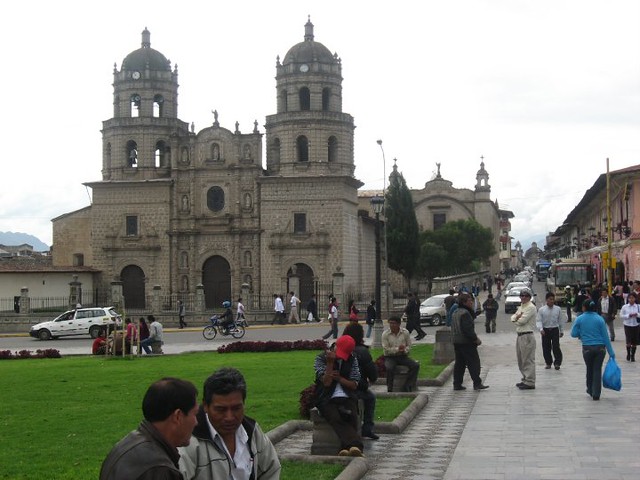 The Iglesia de San Francisco and part of the Plaza de Armas by day. 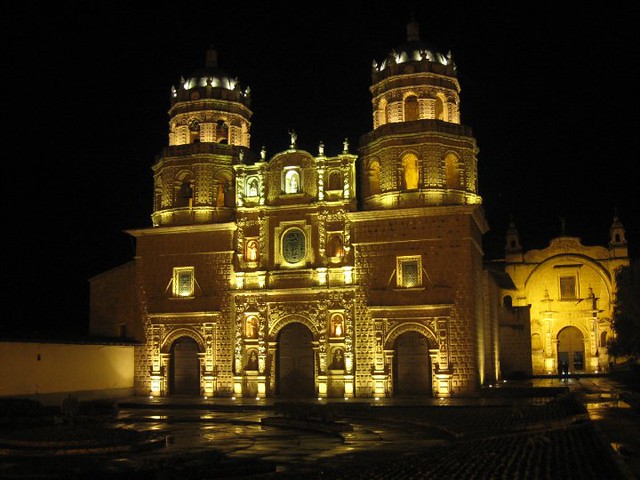 Iglesia de San Francisco glows golden at night. I attended a mass there for Semana Santa and did not make it through the entire ceremony. After 1.5 hours it was evident there was much to go and I had much to see. Seemed pretty common because locals were also coming and going throughout the ceremony. 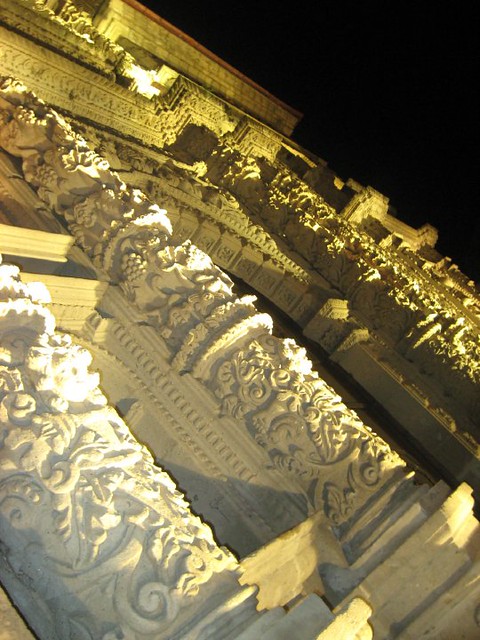 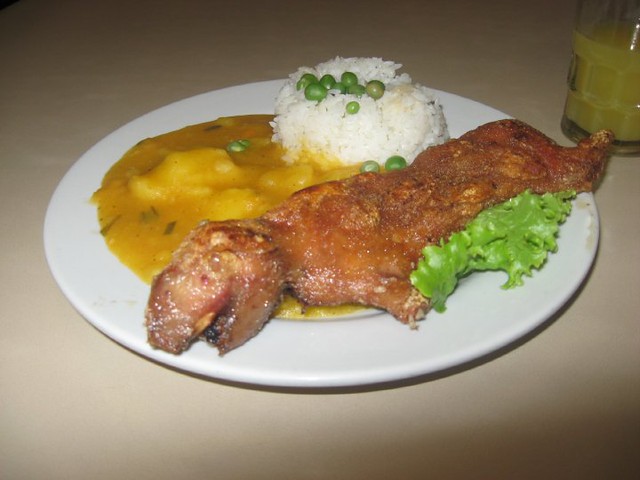 I dove in headfirst and ordered the well known dish cuy, or guinea pig, for dinner on the first night. I felt like I had just ate a squirrel, but it surprisingly wasn’t bad. 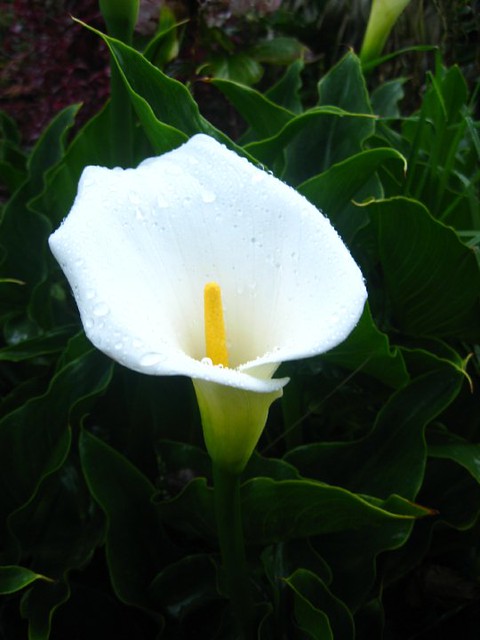 Stunning flower on a hike the next morning. 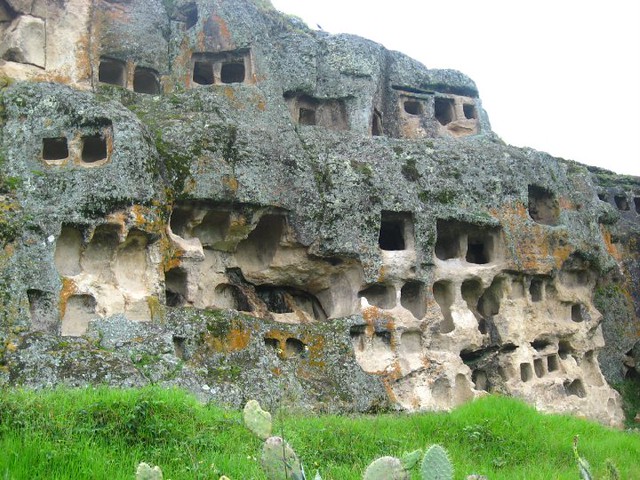 Otuzco, a pre-Inca burial site – each cave was a tomb. 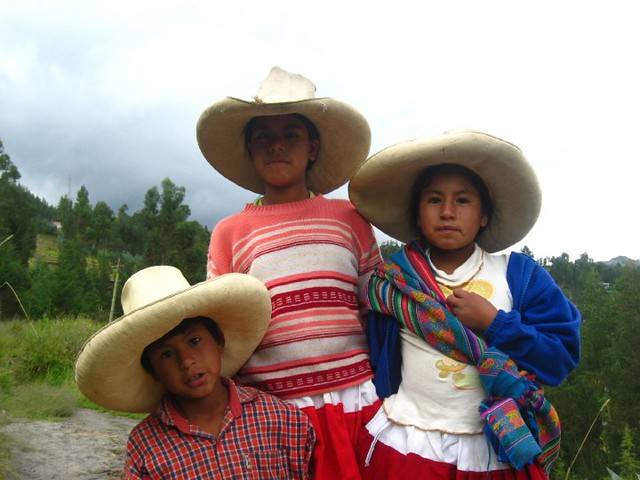 Children ran around the area and offered us a song in exchange for 50 centavos. 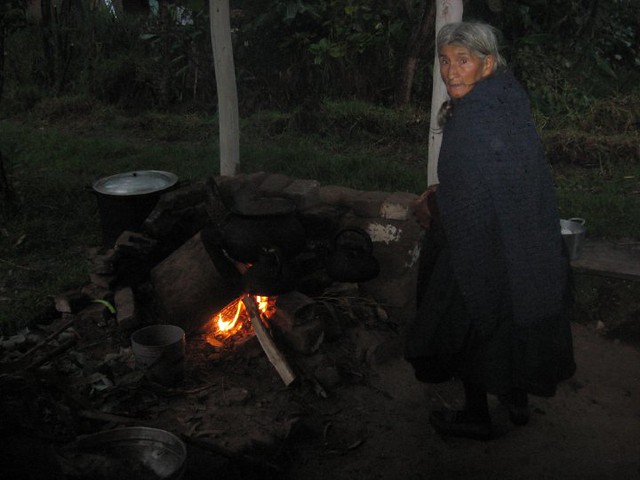 Late that night, I wandered around the city and came across this outdoor kitchen. The woman offered to make me a homemade humita, a traditional dish of steamed sweet corn mashed and cooked inside the corn husk – delicious! 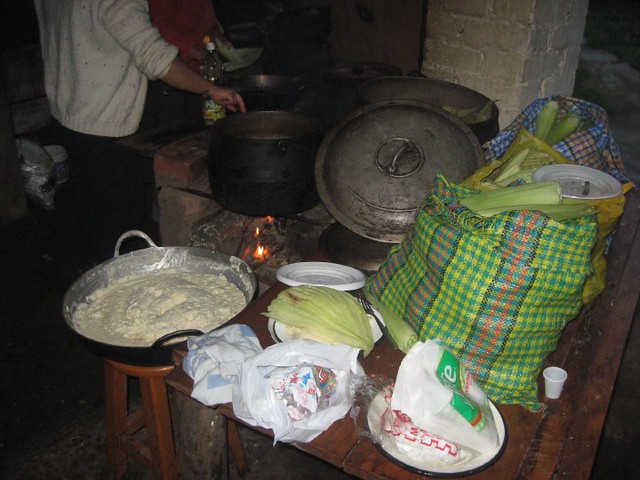 Creamy insides of a humita on the counter. 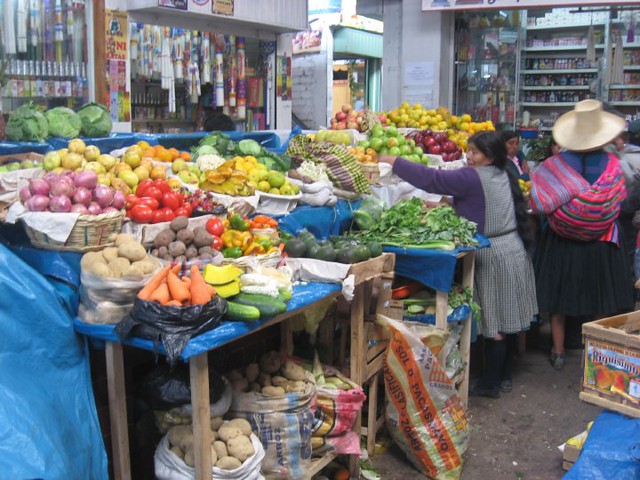 Woman organizes her produce at the market. 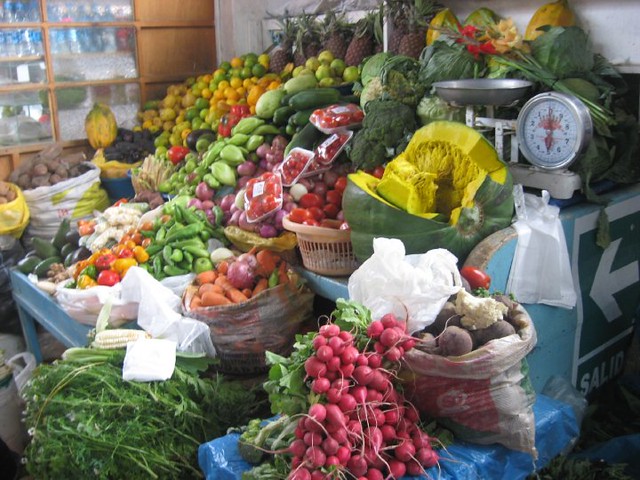 Just a piece of the colorful selection. 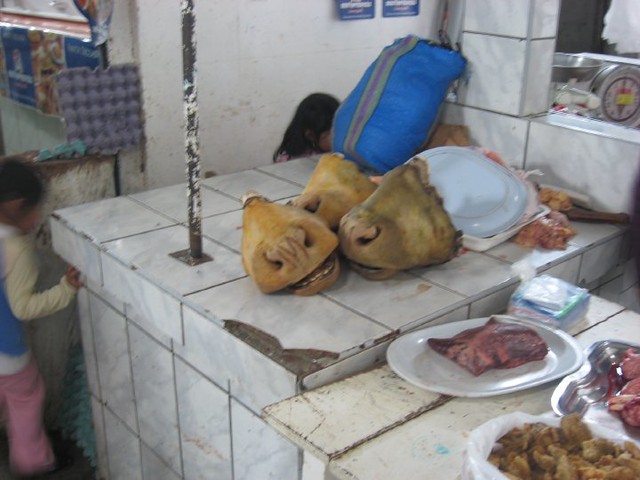 Appetizing cow snouts – perhaps the only part of the cow not widely eaten by Peruvians. 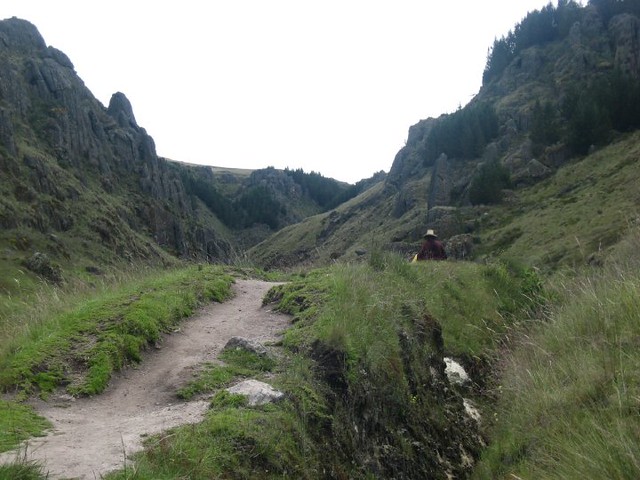 Hike to Cumbe Mayo, the area included ancient pre-Inca aqueducts, and tall rock formations known as “The Monks.” We were able to squeeze through them through a long, tight passageway. 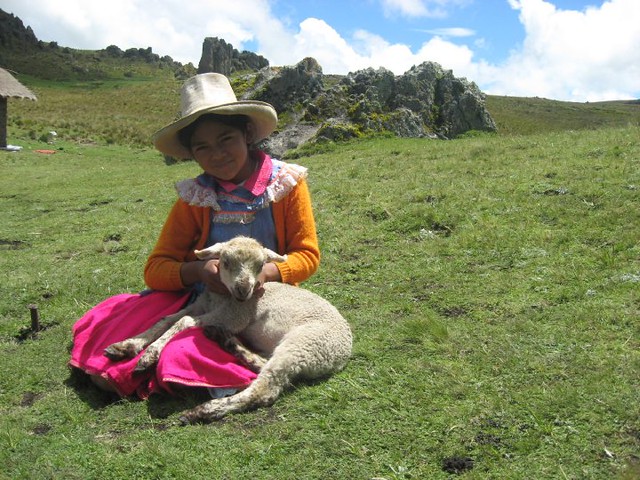 Young girl sits with a lamb on the hillside. 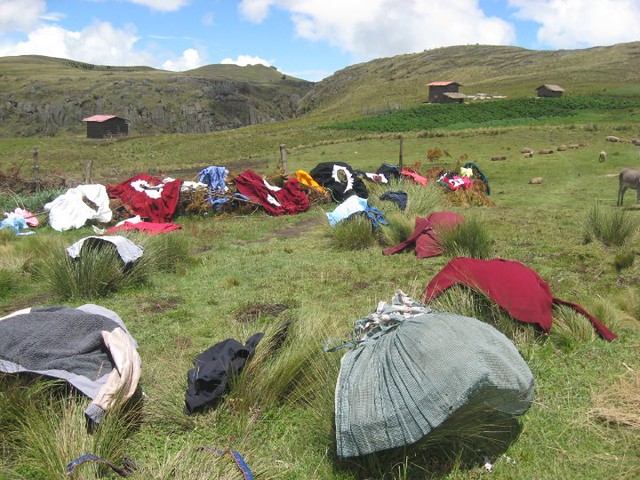 Clothes dry in the sun – so much better than a drier. 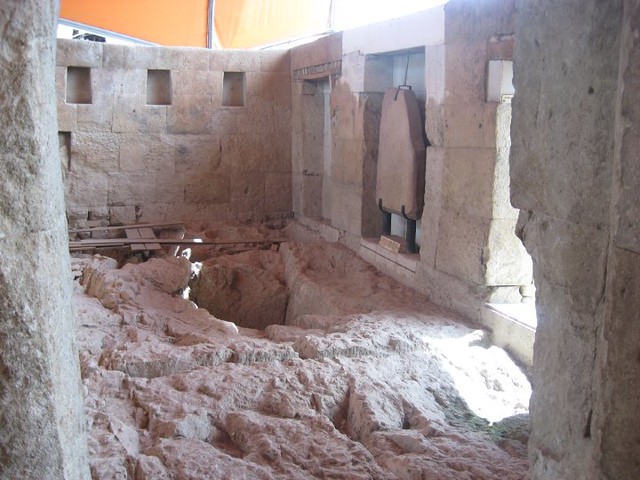 The cell of Atahualpa, the last great king of the Incas. 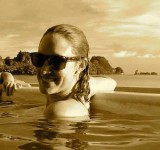 Annie is originally from Nebraska and graduated with a BA in Mass Media Communications and a minor in Graphic Design from the University of Nebraska at Kearney. She spent her last semester abroad in Lima, Perú fueled by a desire to learn Spanish and experience the culture of South America. She has dreamed of traveling for as long as she can remember, saving by putting dollar bills in a shoebox as a child. After graduation, she worked as a newspaper reporter and in bilingual customer service before finding her ideal position as a Content Manager with GoAbroad.com