Get it Straight: Fact and Fiction of Taiwan

We’ve been living in Taiwan for nearly two years now. And in that time, we’ve started to notice some trends in terms of what people assume Taiwan is like. Sometimes people are spot on. Other times, they’re just a little bit off the map. Literally. So we’ve decided to clear the air once and for all, banishing a few misconceptions while also reaffirming a few of the stereotypes. While we felt we could have added a few more things to the list, we tried to rely most heavily on the presumptions we hear from people who haven’t yet made it to Taiwan. Accordingly, here you are—facts and fiction about life in Taiwan.

Let’s start with The Misconceptions:

You would think this would be a bit obvious. But I guess it’s not. We’ve actually lost count of how many times we’ve had the following conversation:

Random person we just met: Where do you live? Oh cool! That must be so much fun. I just love Thai food. Do you eat it, like, all the time?

Dan or I trying to be polite: Um…yea…there are a couple of Thai restaurants. They’re pretty good. But we try to eat more local Taiwanese food…

Random person we just met: Wait, where do you live? Not Thailand? Oh, Taiwan. Where is Taiwan again?

“I love Thai food” is literally the number one statement we get after we tell people we live in Taiwan. Not to judge, because the number one Google search for Taiwan is ‘Where is Taiwan?’, so I guess there are a lot of confused souls out there.

To clarify, here is a map of Taiwan: 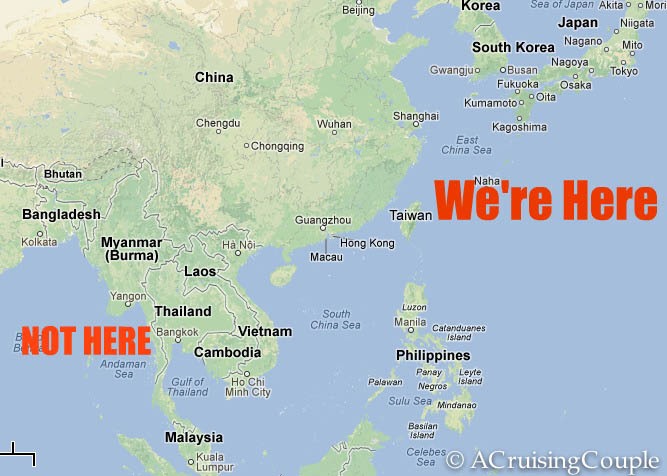 2.    The official language is Mandarin

We’re often asked how our Taiwanese is coming along. Well, we haven’t really focused on it, because since World War II Mandarin has been the official language of Taiwan. Until the 1980’s speaking and learning Taiwanese was actually discouraged. There’s been a bit of revival in Taiwanese since those times, but Mandarin is still very much the language you’ll see and hear in Taiwan.  A lot of scholars actually choose to come to Taiwan over Mainland China for the pure fact that Taiwan still uses traditional Mandarin characters (rather than Mainland China’s simplified version). But please don’t ask us how our Mandarin is coming either, because that answer is a bit embarrassing…

3.    We don’t live in an iconic tropical getaway 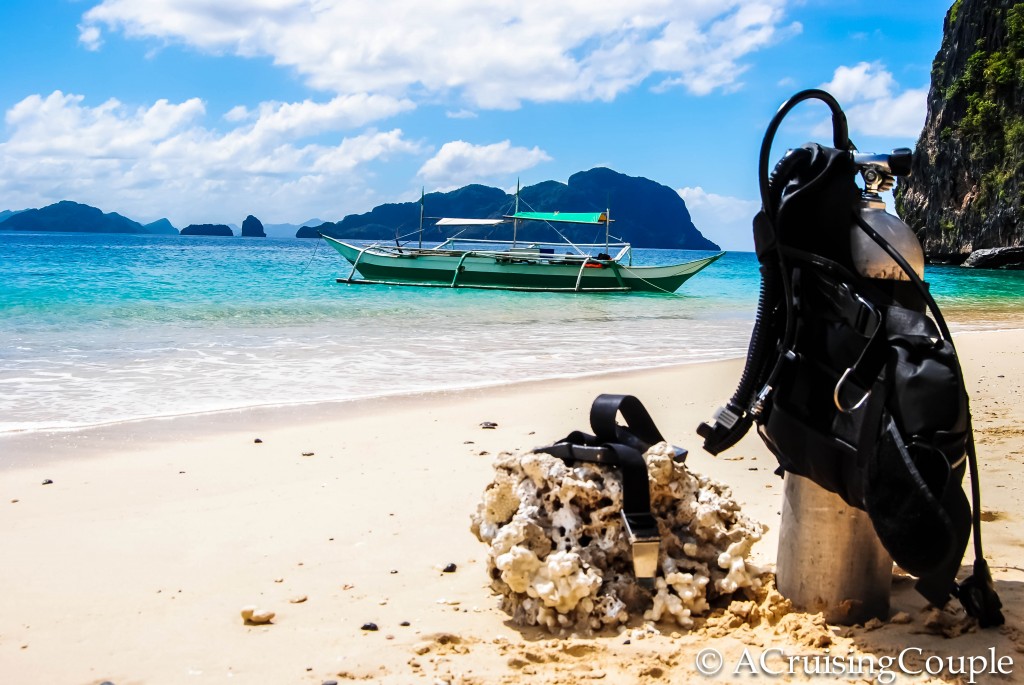 Perhaps this fits along with the whole Thailand thing. While we do live close to the equator, Taiwan is in East Asia, not really Southeast Asia (like Thailand, Indonesia, Vietnam..) While there are some really beautiful beaches in the south of Taiwan, there are also some really not-so-beautiful beaches. And it gets cold here. (Even our friends from South Dakota vouch for us on this one.) I’m still wearing a jacket and we’re nearing the end of April. We love Taiwan, but it’s not exactly the computer screensaver version of paradise you might have in mind. 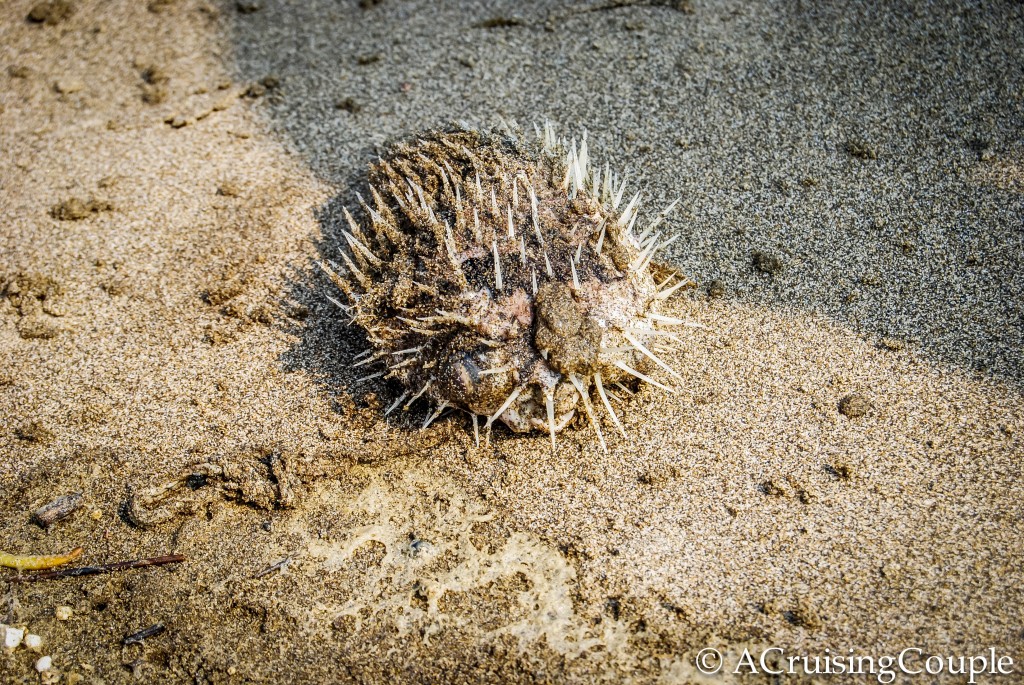 Maybe you already knew that fortune cookies are an extremely American product, but did you know that egg rolls are too? Savory and crispy, deep-fried rolls-filled with egg, pork, and cabbage-are a staple of American Chinese cuisine. But they are nonexistent in Taiwan. While we do have ‘egg rolls’, they are more of a cookie or biscuit, made from eggs, flour, and sugar. I was extremely disappointed about this because I love me some American-style egg rolls, even if the calorie count is probably mind-blowing.

Taiwanese people work extremely hard. It’s not uncommon for them to put in twelve-hour days, five or even six days a week. And the kids? They spend all day in school, all night honing in on their math, English, music, art, tae-kwon-do…the list goes on and on. Even if we don’t labor away quite to the same extent as our Taiwanese counterparts, we’re still actually working over here. A lot. And while we are able to explore on the weekends and occasionally travel around Asia, we’re not just in Taiwan on a prolonged vacation. 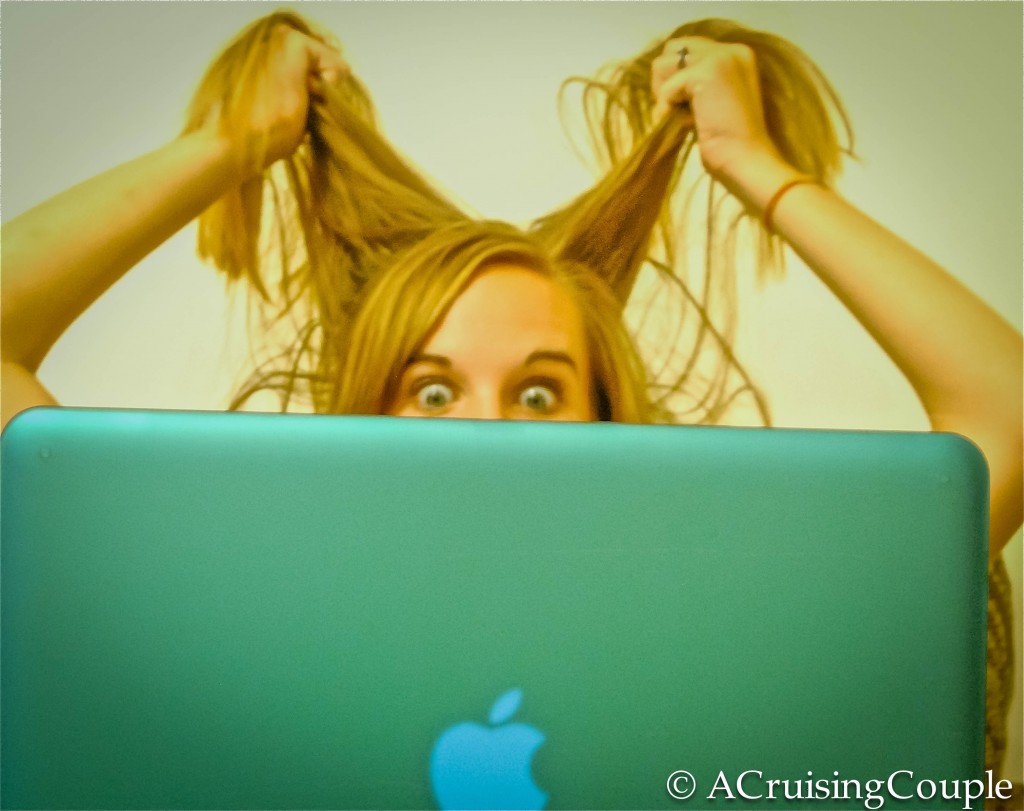 Now for the stuff that’s Spot On:

We don’t want to be totally stereotypical or offensive, but it’s sorta true. Compared to a Western point of view, Taiwanese are bad drivers. It’s totally normal in Taiwan to straddle the middle line while driving ridiculously slowly in your decked-out Honda Civic. And if someone is turning left, they won’t look into the immediate lane to see if there is any traffic coming. No, no, no—as long as the far lane is clear, they’re taking that turn. But there is a method to the madness, and once you understand how it works, it kinda makes sense. I guess. I’m sure that Taiwanese people think all the foreigners are really the bad drivers, and I wouldn’t dare to contest with this. 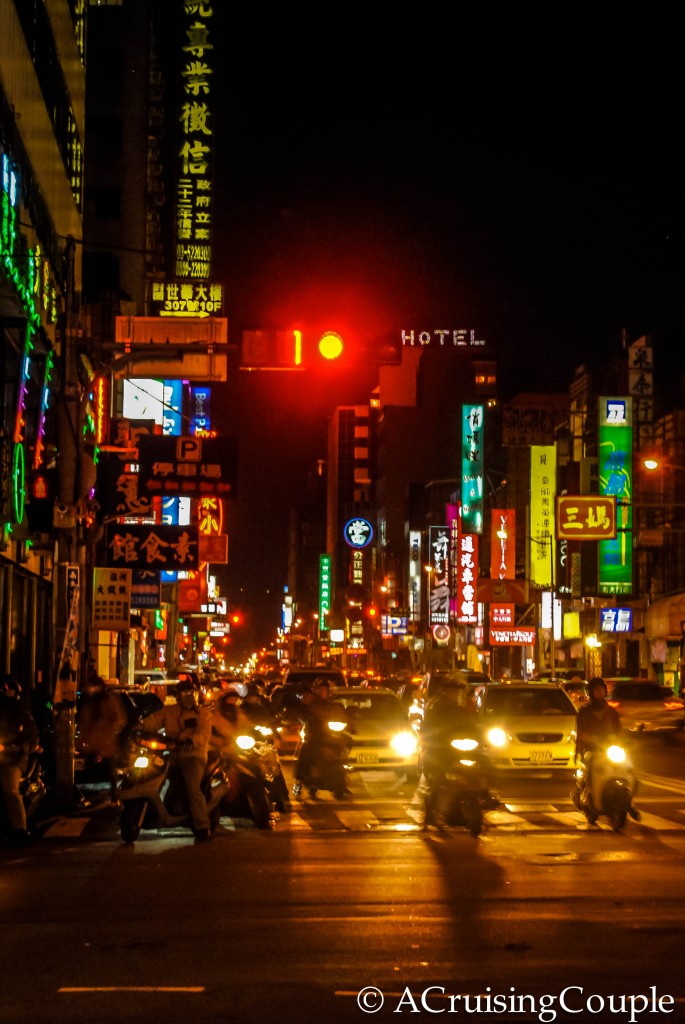 Rice and noodles are two staples in Taiwanese cuisine, present at nearly every meal. Often the question won’t be “What do you want to eat?” but rather “Rice or noodles?”  I love my carbs too much to ever question this methodology. 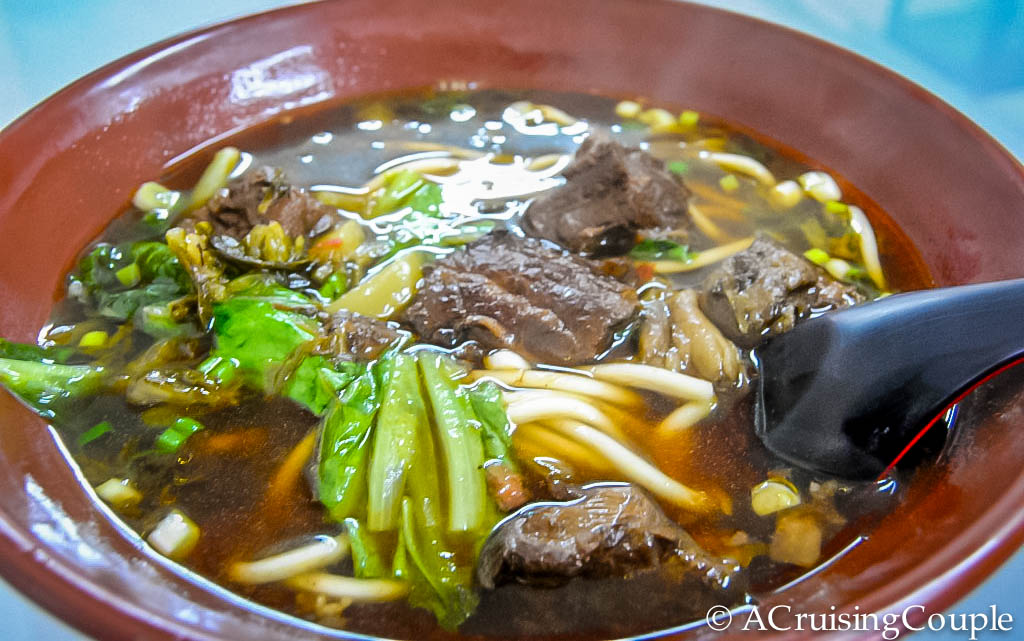 Before we came to Taiwan, I was reading an outdated article where the author contended coffee would never be successful in Taiwan; tea was an authentic part of Taiwanese culture, and there was just no way that coffee could compete with that. I feel bad for whoever that author was, because boy was he wrong. Coffee holds a huge presence in Taiwan—one that looks to be growing more and more popular by the minute. Not to say that it has replaced tea by any means, just that coffee certainly holds its own. Almost any Starbucks you pass will have a line out the door on any given day. Independent, artsy coffee shops seem to be popping up everywhere. And if that doesn’t convince you, I actually have to make a reservation if I want a table at my favorite coffee shop in Hsinchu. That’s Hsinchu, people—not Taipei or Kaohsiung or any of the ‘major’ cities in Taiwan, but Hsinchu. At a coffee shop. For real. 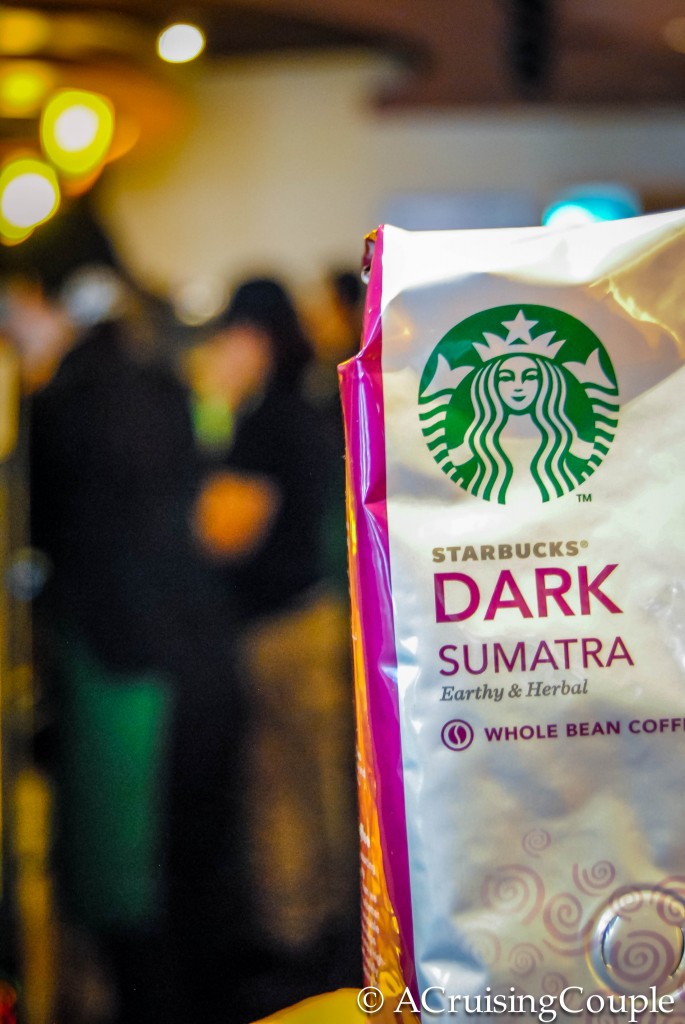 It really is all about the cuteness in Taiwan. Never mind the fact that you’re 80 years old—go ahead and throw on that bedazzled Hello Kitty t-shirt. Should you decorate your restaurant with oversized stuffed animals? Why of course. What about a flashing heart light on the back of your scooter? Yep. Even if you’re a dude? Double yep. The cute factor really plays into most aspects of life in Taiwan. At first it drove me a little bit nuts. Then I stopped noticing. Now I find myself secretly eyeing those very same Hello Kitty t-shirts myself… 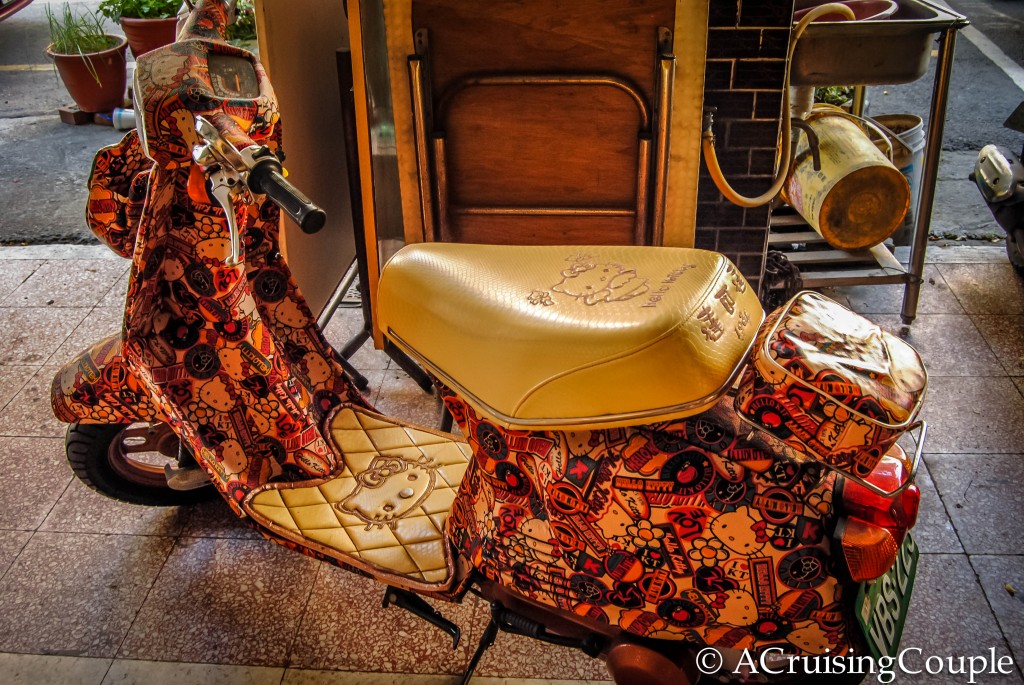 Taiwan is one of the most densely populated countries in the world. So yea, it’s crowded. If you’re traveling anywhere over a holiday, you better book those hotels way in advance. That goes for the train too. There’s no chance you’re getting a seat if you just show up at the train station expecting to hop on the next carrier that pulls up. We won’t even mention Taipei’s night markets, because that’s like a claustrophic’s worst nightmare. I’m still doing my best to cope with hoards of people everywhere. Luckily there’s a pretty easy solution: get out of the cities. There are still loads of places in Taiwan that remain unscathed from urbanization and development. Often just a quick scooter ride will bring you out of the pollution and into stunning landscapes, with plenty of elbow room all around. 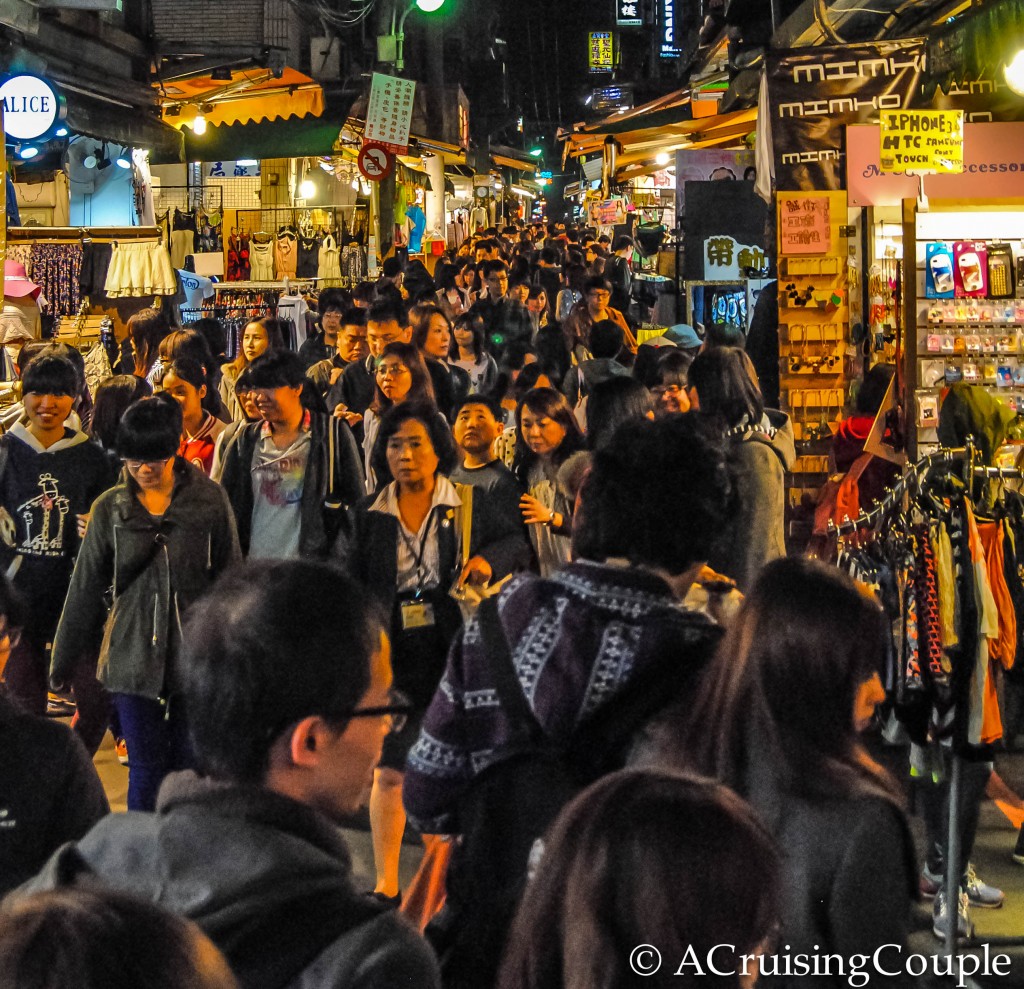 So what do you think? Did we change any of your misconceptions about Taiwan? Is there anything you would add to the list? As always, we encourage comments below!

Interested in learning more about all Taiwan has to offer? Download our free eBook, 101 Tips to Living in Taiwan, for an all inclusive guide to life in Taiwan.