Sunday we had blistering winds and gloomy weather that made traveling on the scooter a little less than desirable for us newbies. Monday we had the day off of work for a typhoon day, but the typhoon ended up bypassing us all together. I don’t even think we had any rain actually. This was good news to us, especially since we didn’t take any of the advice to stalk up on essentials or board up our 17th story windows. Even better,we used the free day to make up for our lost Sunday.

Our destination: the Nanliao Fishing Port, about ten minutes from our apartment in Hsinchu City. Nanliao is at one end of Hsinchu’s 17km Coastal Scenic Area, and although lacking good beaches, there’s a bike path along the entire coastal area that passes through mangrove trees and bird watching areas. Even though the weather was still pretty gloomy, the cloudiness made it much cooler, so we thought an afternoon of bike riding would be absolutely fantastic.

Unfortunately, our bike ride didn’t go quite as expected. We rented our tandem ($8 for the entire day, so take that Napa Valley and your $50 per bike fee!) and started out on the scenic coastal path. However, it wasn’t long before we were stopped by the ‘coastal authorities’ and told that the path was in fact closed for the typhoon that never came. Well, they told our Taiwanese friends. O yea, so before all this happened, two 15-year old girls adopted us and took it upon themselves to show us all that Nanliao had to offer. They picked us up in their four-person bike cart, brought us to the bike rental place, lead us to the coastal path, and did their best to convince the authorities to let us pass by the blocked-off area. When that didn’t quite work out, we switched plans and they accompanied us back to the Hsinchu Fishing Harbor for a seafood dinner, where of course the girls did all the ordering. Basically they were our personal tour guides, and we had a pretty good afternoon hanging out with our new friends who spoke just enough English to giggle at everything we said and throw out questions like “You in love?” and “Oooo, so have a baby?”. Not quite sure why they decided to pick us up in the first place, but they were adorable nonetheless.

We will definitely be back to Nanliao on a sunnier day. We want to actually bike the entire 17km path, attempt to take pictures of Nanliao’s famous sunsets, and try out a popular pizza joint. Good thing it’s closer to our home than the schools where we teach! 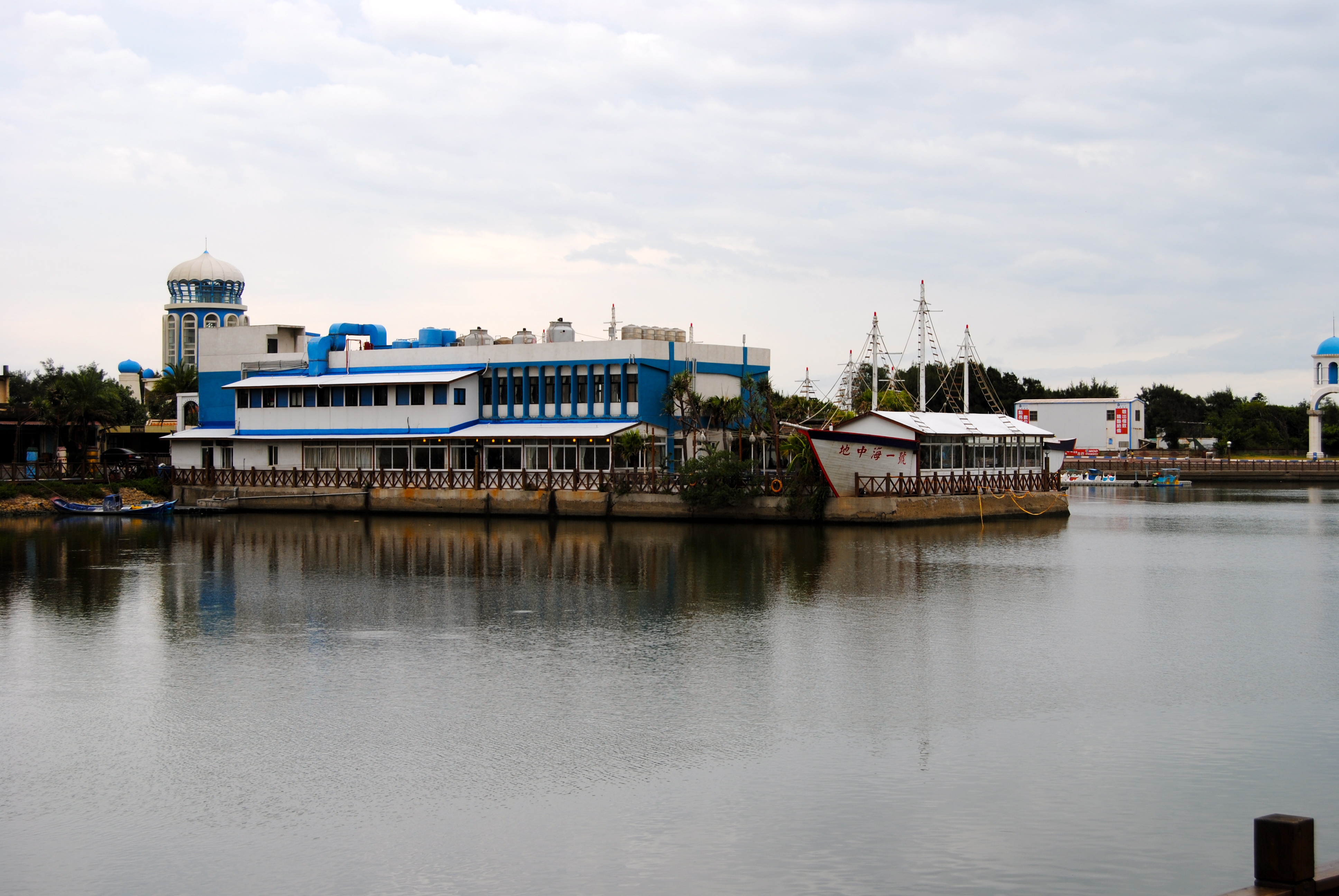 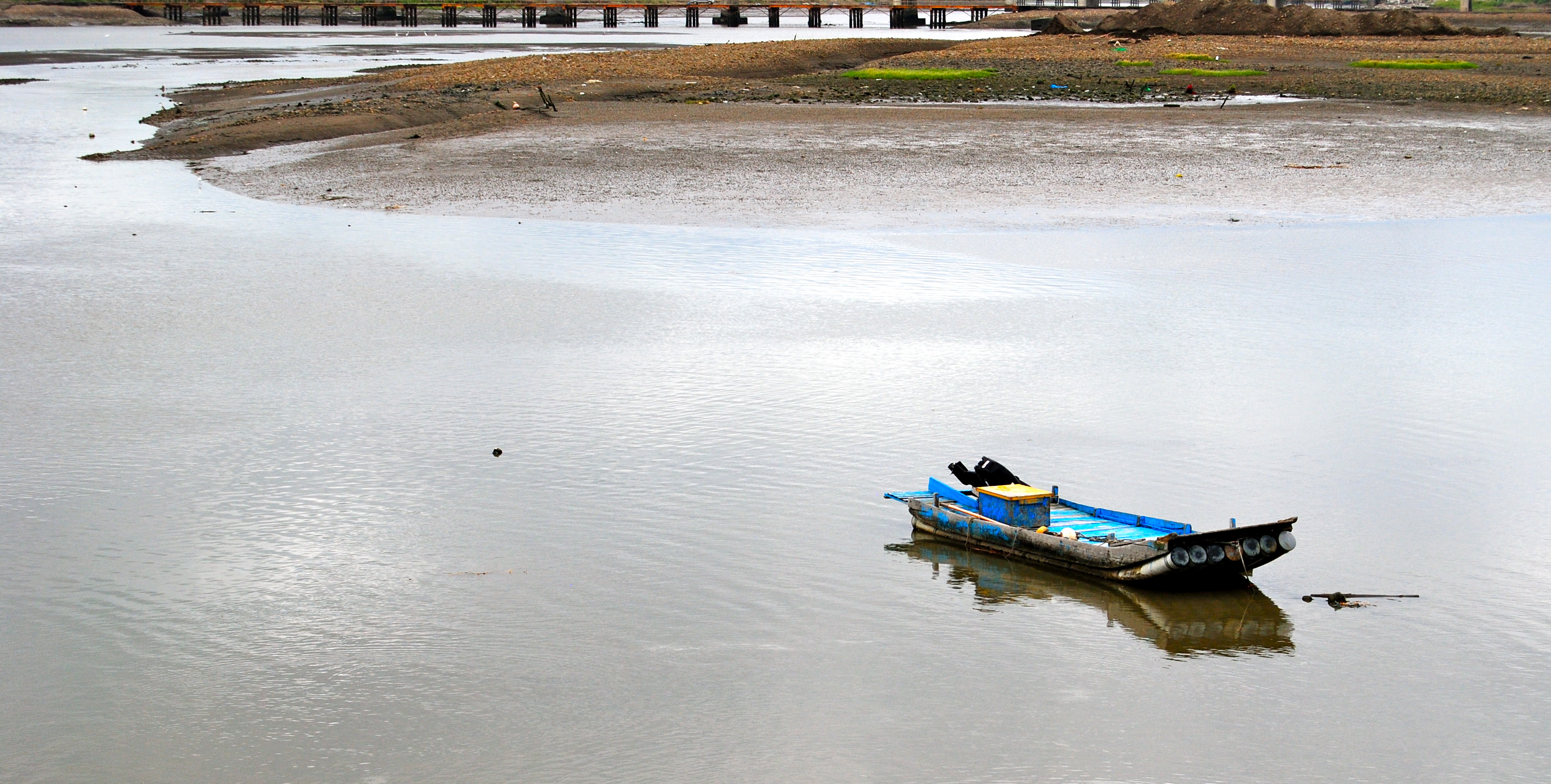 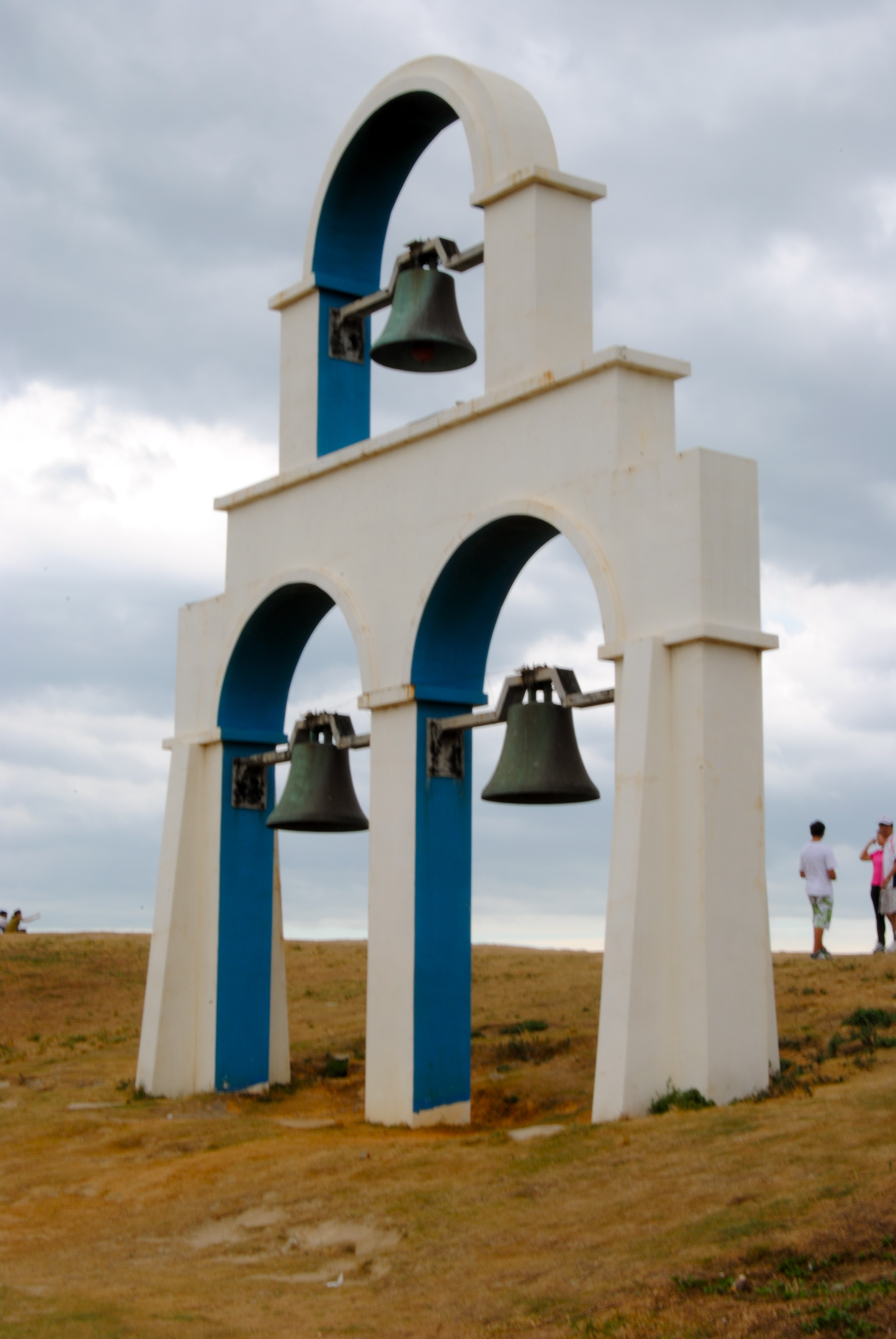 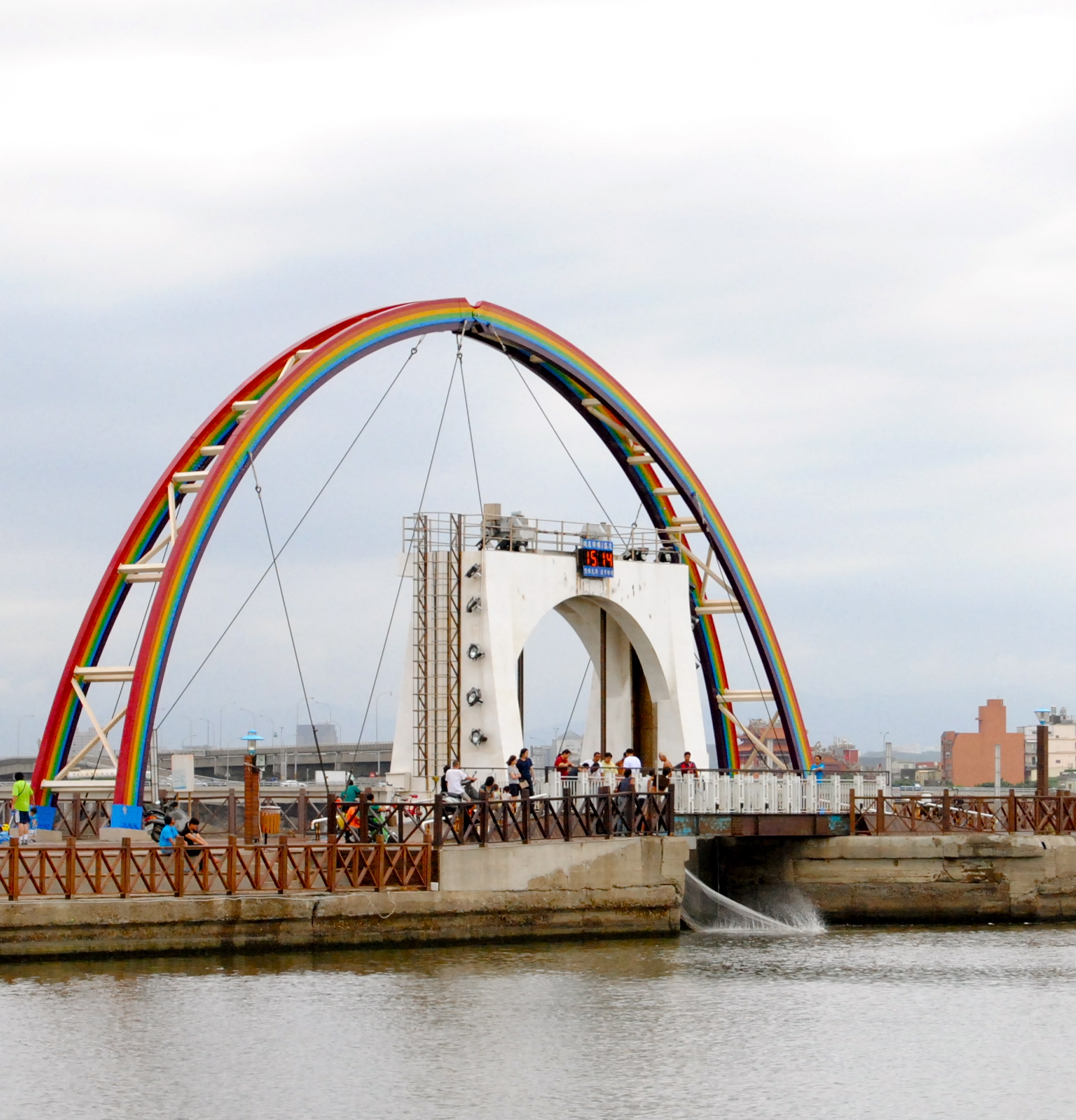 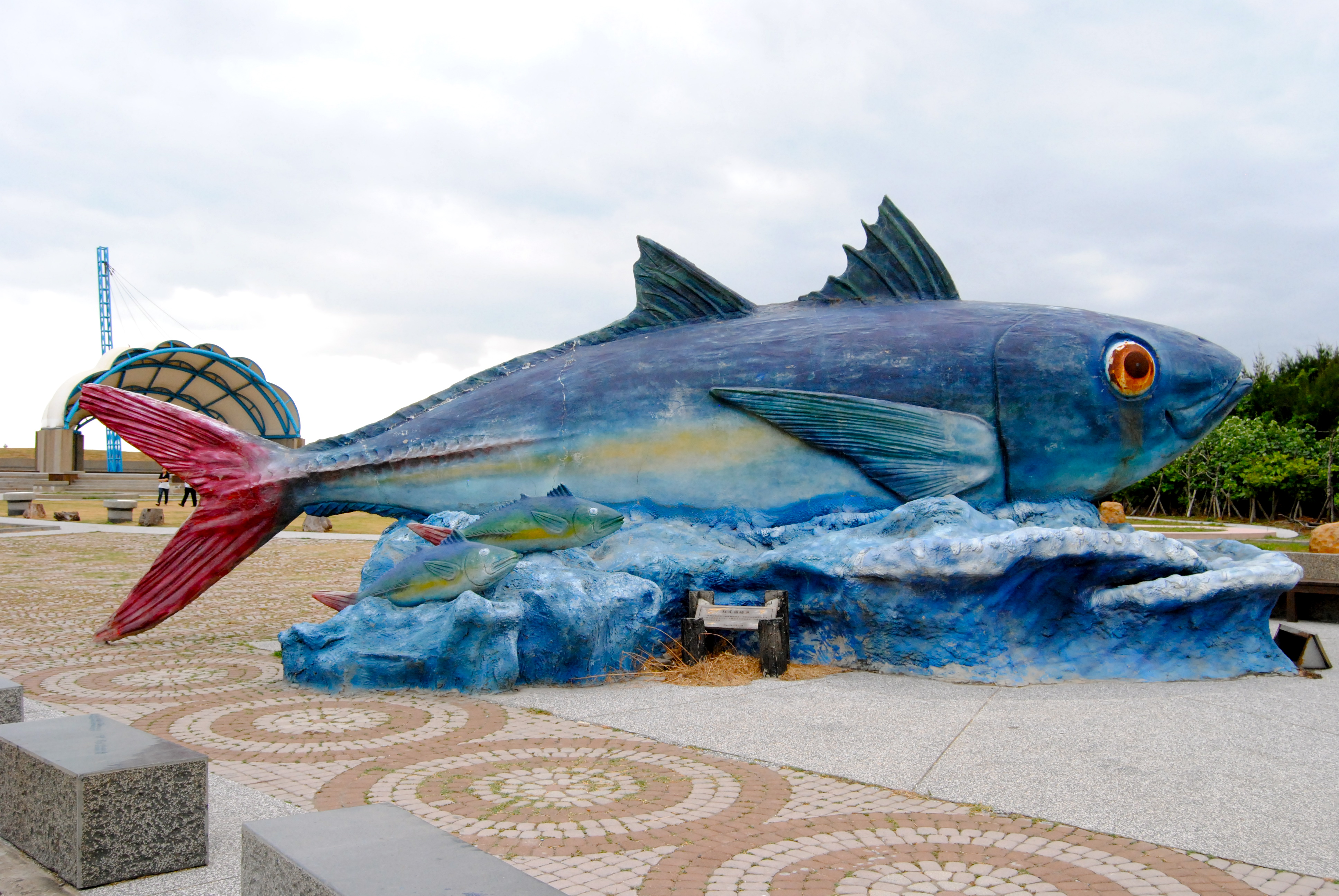 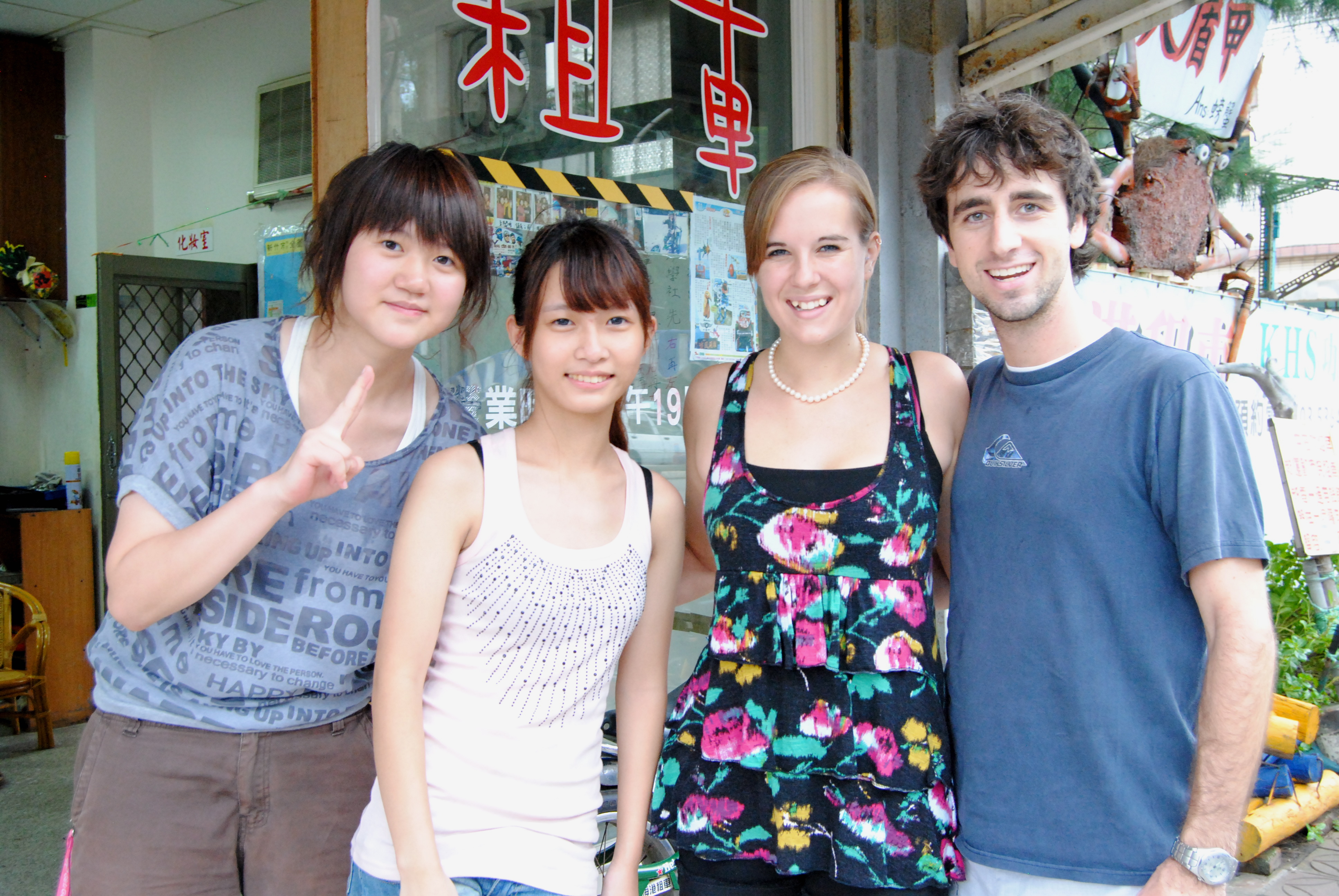 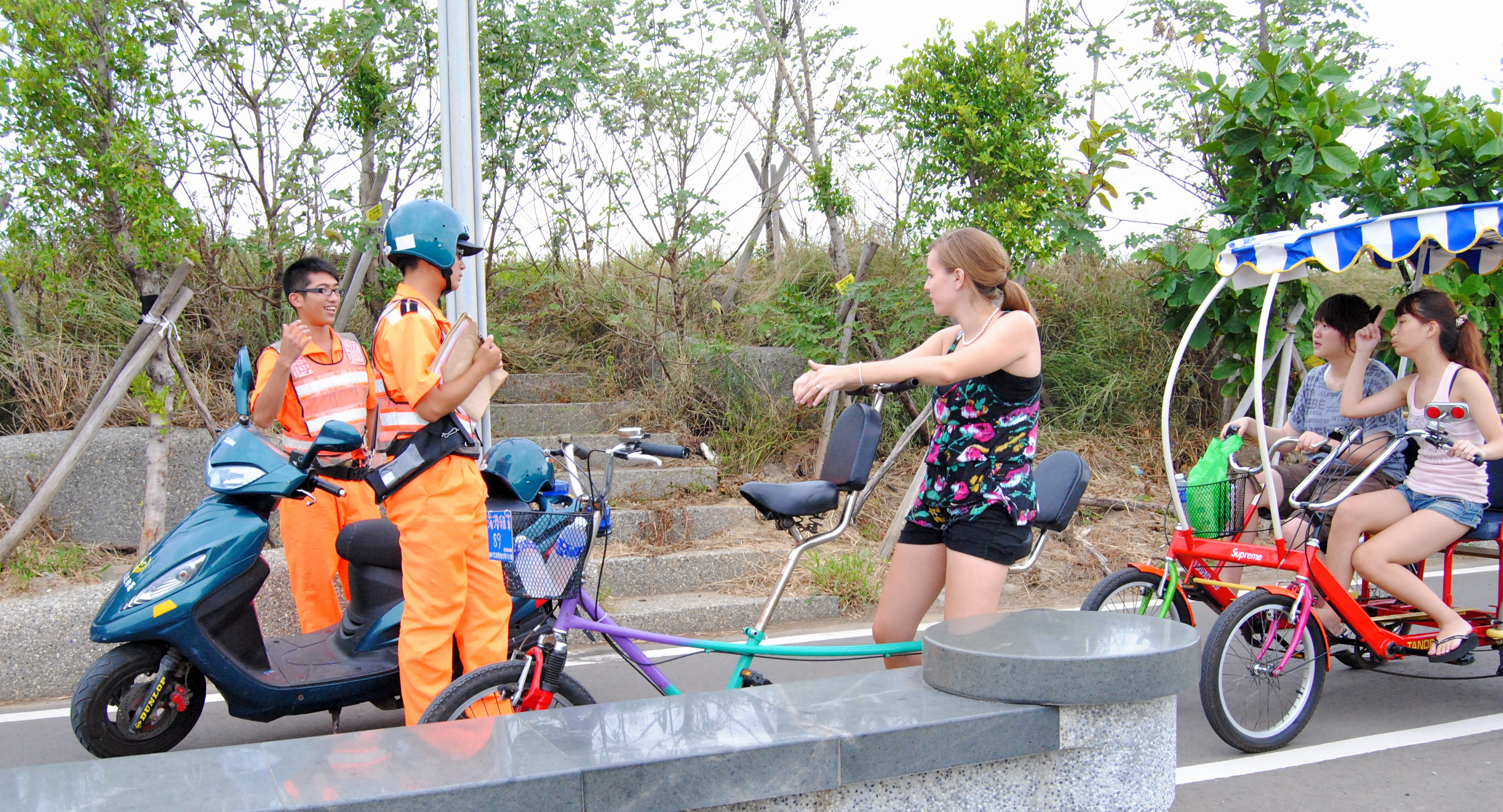 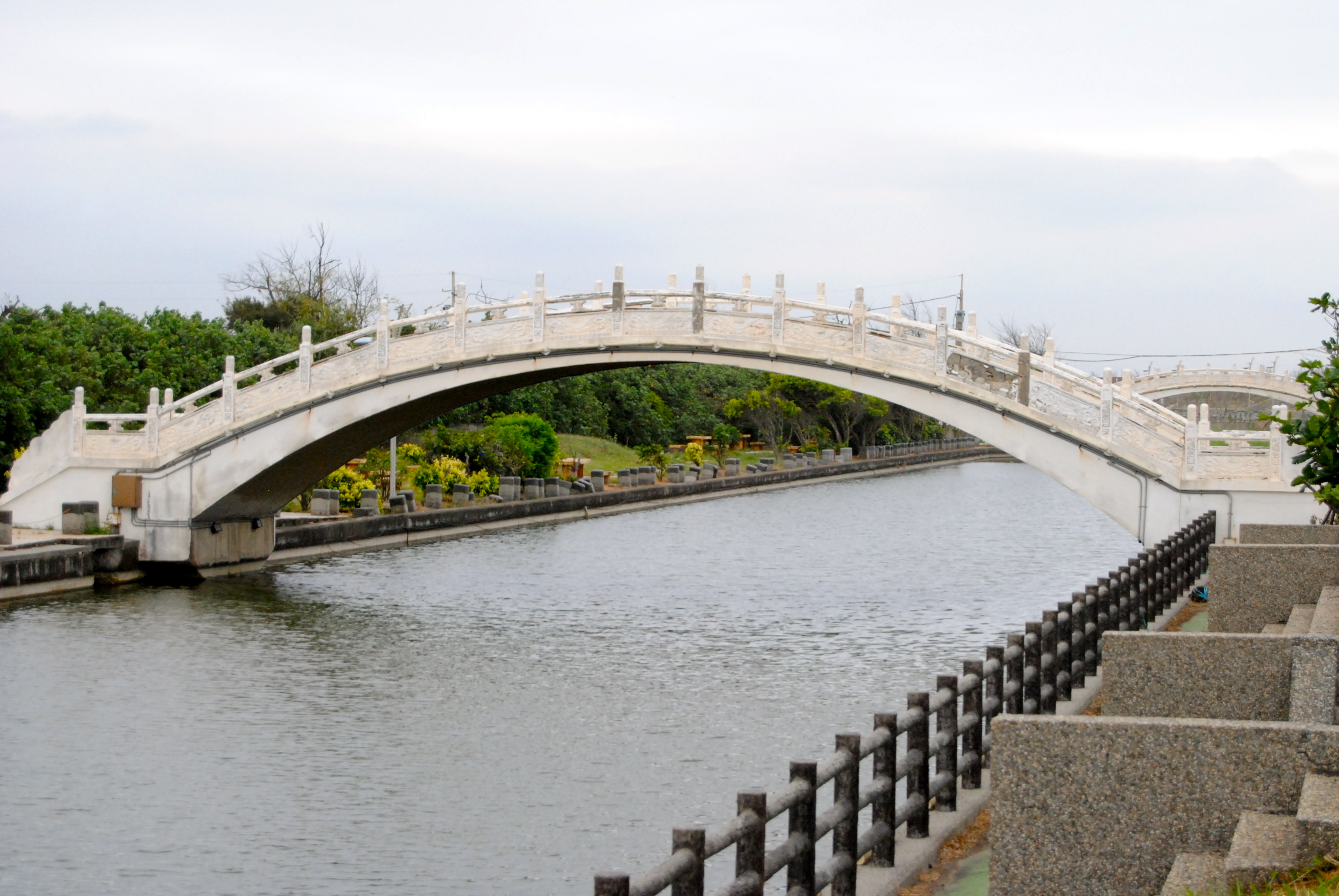 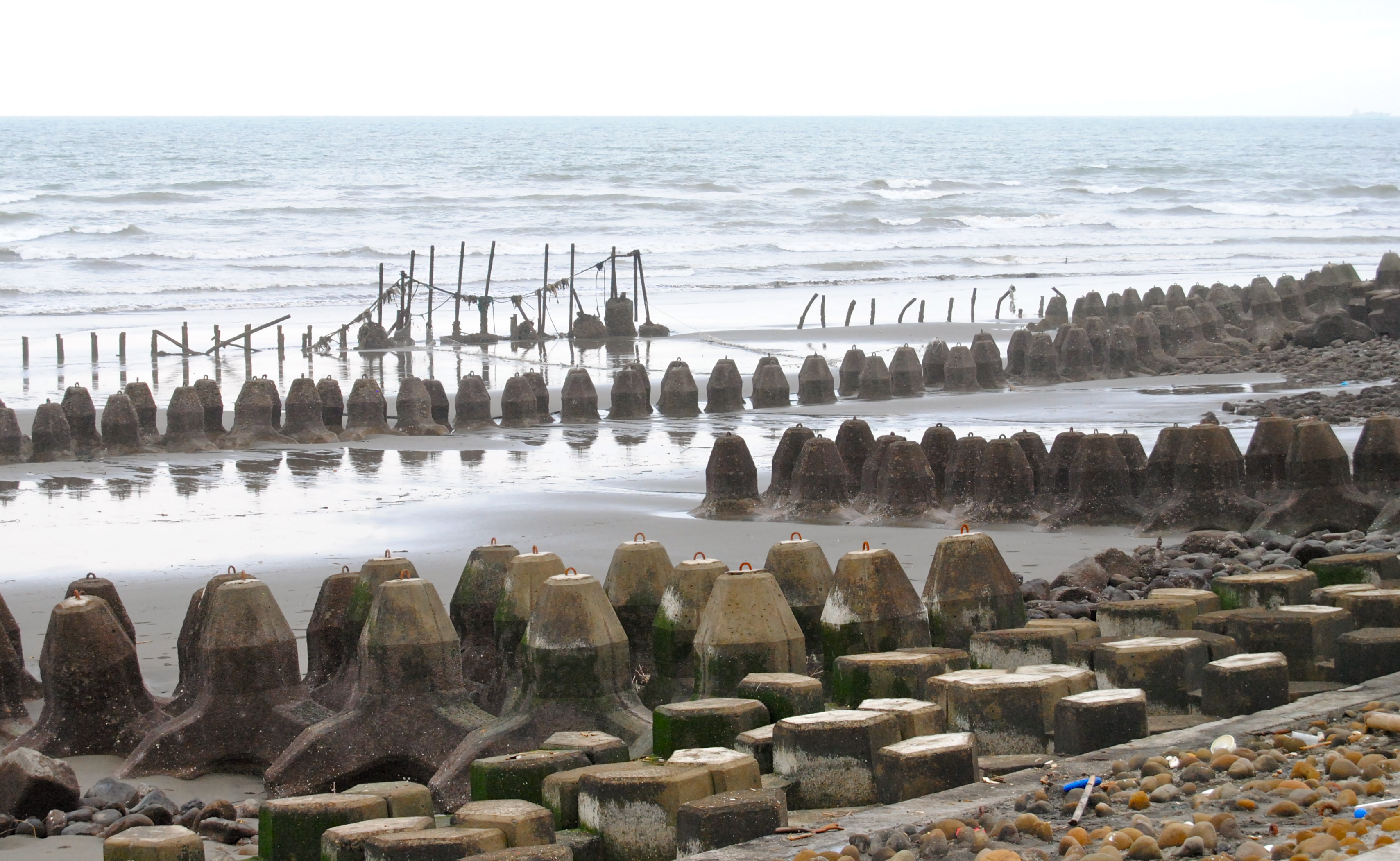 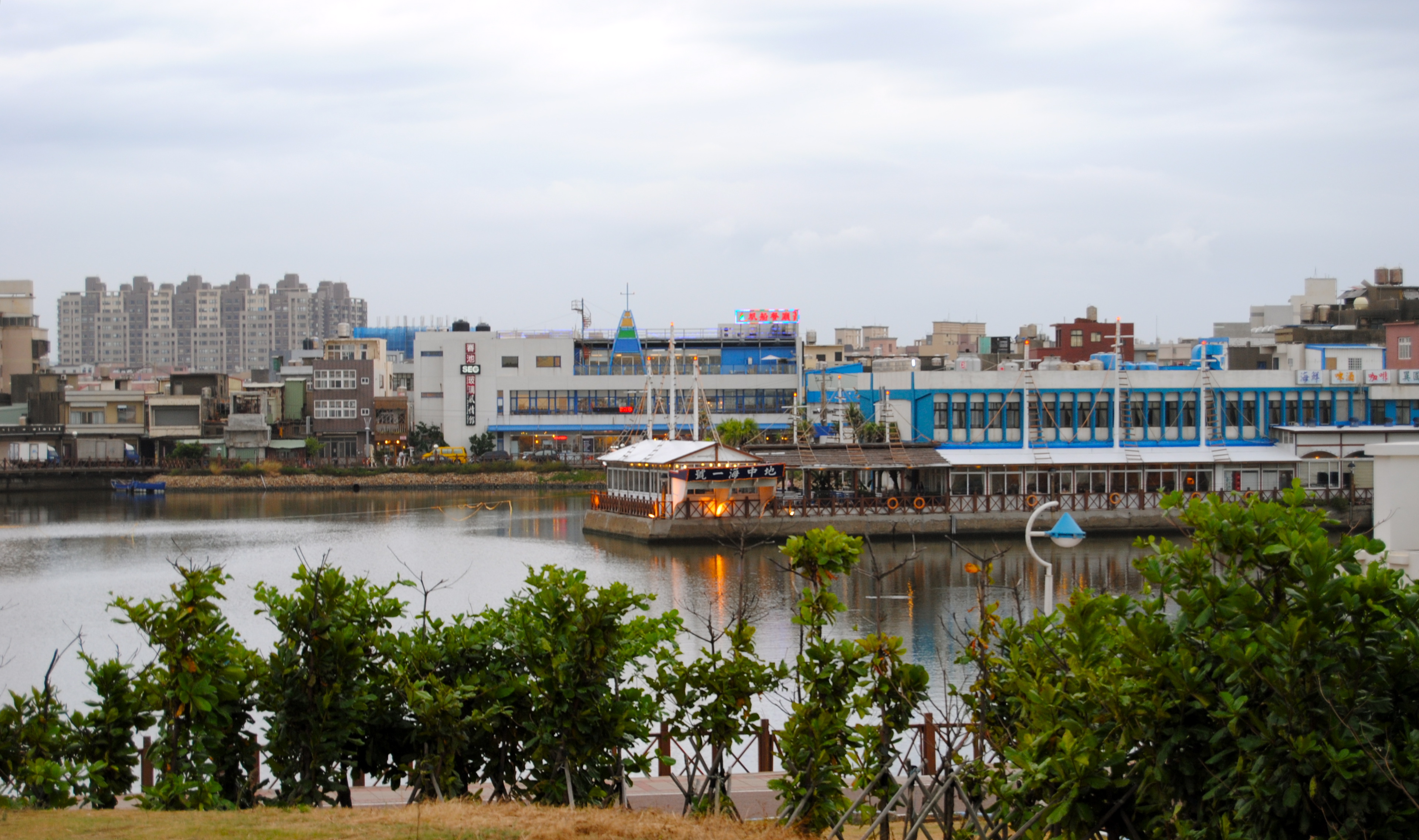 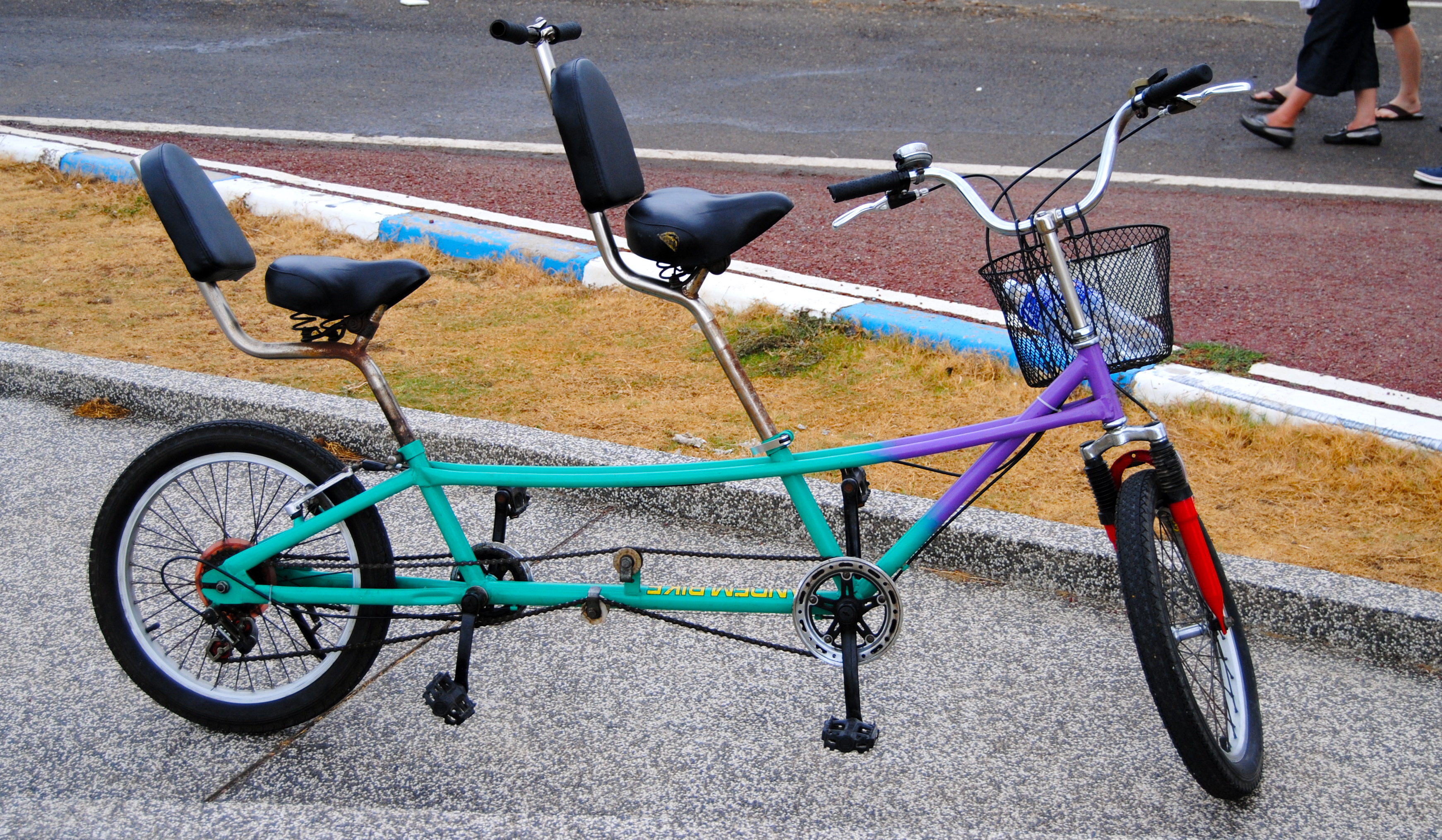