5 of China’s Most Scenic Highways to Travel

5 of China’s Most Scenic Highways to Travel

China is home to some of the most beautiful scenic landscapes in all the world and one of the best ways to view them is on China’s most scenic highways.

Unfortunately, the majority of travelers tend to pass by this scenery from 30,000 feet or from the dirty window of a fast-moving train. While on the open highway, it’s hard not to stop and admire the view.

Mind you, this doesn’t mean the highway is easy to travel! Some are full of potholes while others have switchbacks that could make even the most seasoned of travelers get sick. Regardless, these are far and away 5 of China’s most scenic highways of them all.

#1 The “Over Water” Highway in Hebei 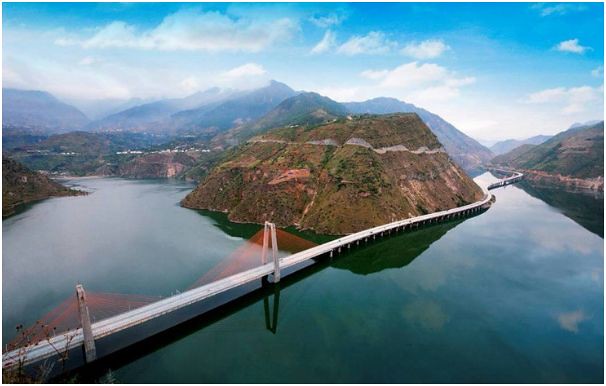 For almost 7 kilometers, this highway follows the curves of the Xingshan valley in China’s Hubei province. A journey that used to take over an hour along steep cliffs and narrow passages now takes less than 20 minutes.

The highway is part of a system that connects two of China’s largest cities – Shanghai on the east coast with Chengdu in the southwest. Originally engineers had thought about blasting holes through the mountains to create tunnels but instead decided to build over the water.

The result is an engineering feat with unbelievably scenic views. 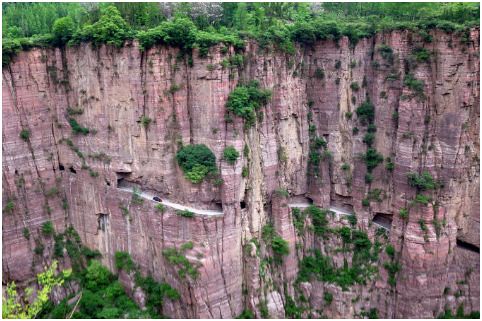 The Guoliang Tunnel in China’s Henan province is only 1.2 kilometers long, but what it lacks in length it more than makes up for in intrigue.

The road was originally carved out of the side of a mountain in 1977 after thirteen villagers (yes, you read that right) decided to create a better way to get from Guoliang village down to the valley.

Although the main purpose for the road was to provide access to the small village, the end result has been an incredible tourist bump for the region. 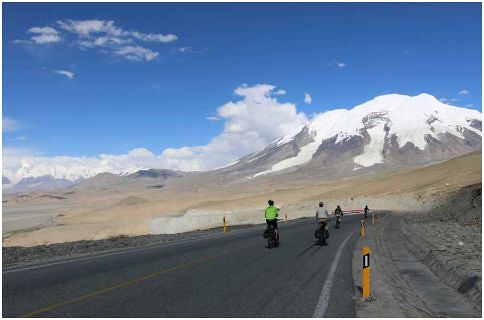 Completed in 1979, the Karakoram Highway that connects China’s western Xinjiang region to Central Asia through Pakistan is considered one of the highest paved highways in the world.

Due to constant mudslides, snowfall and loose rock, the highway often gets blocked and hasbecome one of the most expensive highways for China to maintain. Still, it’s an important road for Central Asian trade so they continue to service it.

For travelers, this beautiful highway offers incredible mountains, glaciers, lakes and grasslands around every corner of the trip. It’s even possible to cycle the Karakoram Highway, an even better way to experience the natural beauty of the Xinjiang region. 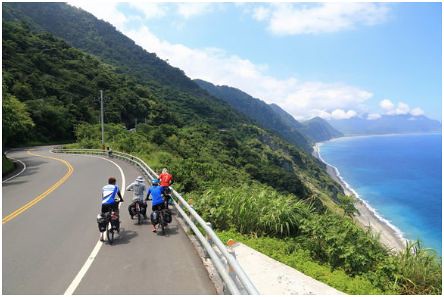 The Suhua Highway along the coast of Taiwan is well known as not only one of the most beautiful highways, but also the most dangerous.

Travelers are treated to stunning ocean views while hugging the side of towering, tree-filled mountains. The highway has seen its fair share of accidents over the years but thankfully they are making it safer to travel.

Note: We won’t get into the politics of whether or not Taiwan is part of China. However, we’ve included the route here since it is one of the most beautiful and no visit to China would be complete without also exploring nearby Taiwan. 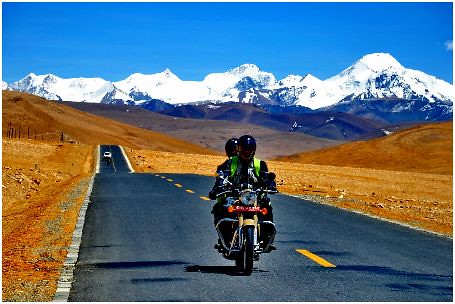 Highway 318 in China is sometimes considered the country’s “Route 66”. The entire highway stretches 5,476 kilometers from Shanghai all the way to Tibet, crossing gorgeous scenery in Hubei, Anhui, Sichuan and other such regions.

The highway ends at the Nepal border where the “Friendship Bridge” connects the two countries.

Taking a Road Trip in China

After looking at these gorgeous highways in China, it’s no surprise that many travelers hire drivers or rent cars to take a road trip in China. It’s a growing trend not just among foreign travelers but also among Chinese people as well.

Be warned that the roads are not always easy to drive and the dangers are real no matter how safe you feel.

If you’re willing to spend a little time on the road, though, you’ll be treated to a visual feast of scenery that will give you an entirely different perspective of China.

Josh Summers has been living in China since 2006 and loves to inspire travelers to join him. He provides tips and travel advice for China on his site TravelChinaCheaper.com.