A Guide to Korean Cuisine: What to Order 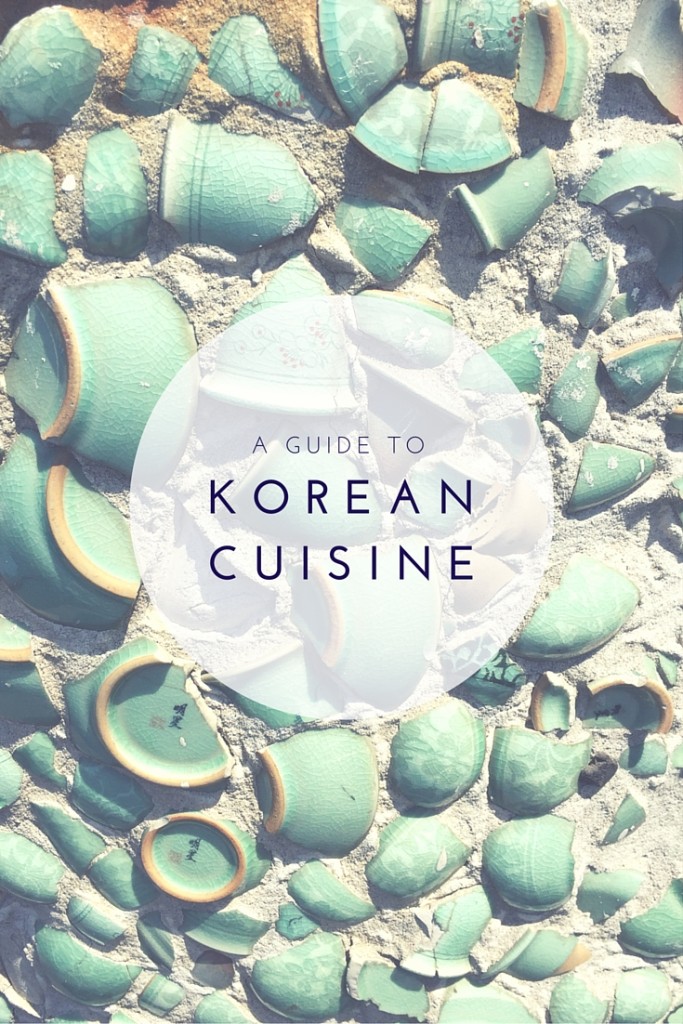 Ordering food in foreign countries is often among the most daunting tasks — particularly if it’s an unfamiliar language. While trial and error often reap great rewards, I’ve found the error often outdoes the trial. Lucky for us, there’s no one who knows a menu better than the locals.

A South Korean friend helped composite a list of favorite Korean cuisine, and how to translate them in as much broken English as one can manage. If you ever stumble upon such Korean cuisine in your travels, use this guide to aid your ordering woes:

Twist Potato (the Korean word for potato is “gamja”)

Twist Potato is delicious deep-fried potato, skewered and dipped in a seasoning of your choice.

The Twist Potato to South Korean cuisine is like the funnel cake to American street food — classic. Served on a nearly foot-long skewer with your choice of seasoning (cheese, garlic, cinnamon, etc.), it’s simultaneously delicious and heartily unhealthy. Vendors use a special machine to spiralize one whole potato, creating the “twist” effect, before deep frying and dipping it in your preferred seasoning. It’s perfect for walking busy streets during a long day of sightseeing, though admittedly dreadful for your personal health.

I was truthfully hesitant when a bowl of noodles and seafood in broth arrived at my table in Wolmido, South Korea. But the clams and other fish proved to truly make the soupy noodle dish. Flavored with hot pepper flakes and sesame oil, among other Korean spices I couldn’t be asked to identify, the mile-long noodles made a nice bed for the seafood. Though this Korean cuisine might have been a bit tricky to eat, it was well worth the work.

There is nothing quite so classic, and tasty, as Bibimbap.

There is arguably nothing that defines Korean cuisine quite like bibimbap. A kind gentleman on the plane to South Korea taught me how to craft this DIY meal, often presented to consumers in several small, separate dishes meant for you to combine to your liking. Served on a bed of rice with vegetables, chili pepper paste, and soy sauce, traditional bibimbap is a spicy ode to Korean cuisine.

I experienced the true glory of home-cooked Korean cuisine for dinner one evening while visiting this spectacular country — and the full spread included another variation on the Korean noodle (“japchae” though spellings may vary), pork marinated in pear juice (bulgogi) and fried nuggets of egg, veggies and other meats (jeon). If you include the various side dishes, the whole meal was befit for royalty far superior to my lowly peasant status as a mere traveler passing through. Regardless, it was a trip highlight that I encourage all travelers to seek during their stays abroad. Nothing really trumps home-cooked food.

Much like sushi, this Korean cuisine comes wrapped to go for snacking on the move.

A personal favorite, kimbap is what I affectionately know as Korean sushi. It’s more of a snack than a meal, but it’s also a staple of Korean cuisine. The steamed rice is rolled in seaweed with a mixture of other ingredients depending on what you order. It’s a bit hard to go wrong, though I favor any kind with egg or fish. You can also get it wrapped to-go in tin foil, best for snacking on the move.

Experimenting with some spicy Korean cuisine.

This spread featured a mixture of my favorite dishes thus far, plus some bold taste-testing. My love of Kimbap grew with some new flavors, and I enjoyed more marinated pork (though this one lacked the smoky pear flavor). But I also found a new level of spicy madness with the cheese Tteokbokki — rice cake mixed with red chili sauce (you’ll notice a pattern). I’m not typically one for spiciness, but this Korean cuisine was definitely worth a try.

Fun Fact about Korean dining: Koreans use extra long metal chopsticks — as opposed to much shorter, wooden Chinese chopsticks — as well as spoons. While you most likely won’t find a knife present, a pair of kitchen scissors is often used to cut up large bowls of noodles or greens. Anyone else ever noticed the variation of Asian cutlery? Who’d a thunk scissors even qualify as cutlery. 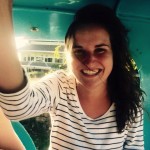 Hayley is a disoriented senior at UNC Chapel Hill where she occasionally fantasizes about dropping out and becoming a professional wanderer. After spending a semester abroad in Hong Kong, she has a newfound love of Dim Sum and an improved outlook on airplanes. You’re most likely to find her sleep-deprived at her student newspaper (where she sold her soul this year as an editor) or curled up with Netflix — just depends on the day.