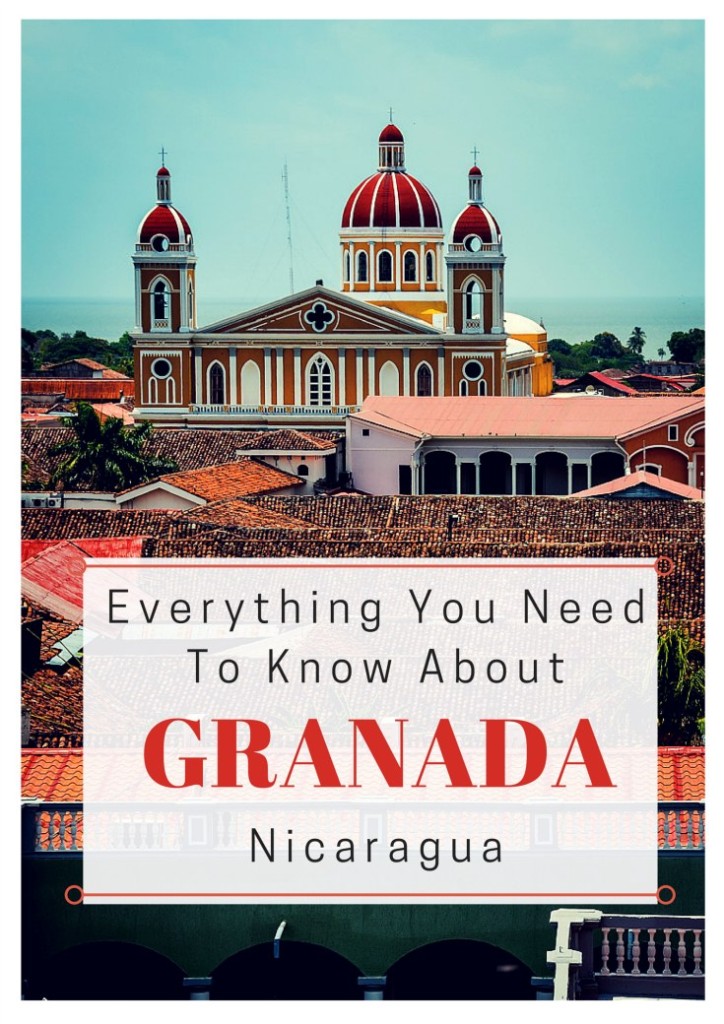 We had a crazy revelation just a few days before our trip to Nicaragua:

We hadn’t been to a new country in SEVEN months.

For being a pair of digital nomads, that seemed almost impossible! Especially because it felt like we had been traveling a ton. Turns out all we had been doing was going back and forth between Costa Rica and North Carolina. Not that we’re complaining—we love exploring Costa Rica, and we’re learning new things about the country every single day. But still, we could tell that our wanderlusting souls needed to experience somewhere new.

Luckily our first visit to Nicaragua did not disappoint. 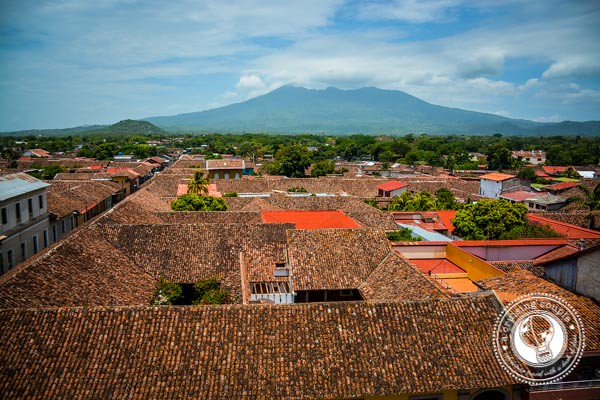 Nicaragua seems to be gaining in popularity every single day. We often hear it called “the new Costa Rica”, so we were expecting it to feel mostly the same as its neighbor to the south, only less touristy and more rugged. However, we found Nicaragua to be vastly different than Costa Rica—different people, different landscapes, different cultures…of course, the list goes on and on. Speaking with Nicaraguans, many of whom have also lived in Costa Rica, we learned they also felt the two countries to be vastly different.

We only visited three spots on our whirlwind trip to Nicaragua: Granada, Isla Ometepe and San Juan del Sur. But we will definitely be back to explore more of the gorgeous “Land of Lakes and Volcanoes” to learn more about this unique Central American country. In the meantime, we’ll be sharing all the details of our two weeks exploring the tiny piece of the country that we did see.

And we’re kicking things off with Granada, Nicaragua. 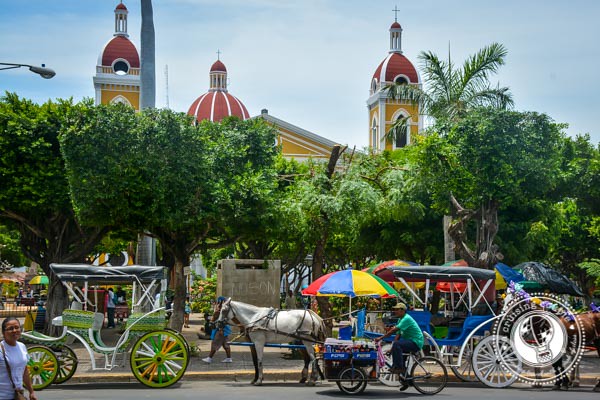 Granada is one of Nicaragua’s most touristy destinations, but that’s not necessarily a bad thing. One of the oldest cities in the Americas, Granada is oozing with Spanish colonial charm. Tourist and expat dollars have facilitated a lot of rejuvenation in the city center, as well as substantial community building efforts.

We loved everything about Granada. We stayed for four nights, using it as a base for exploring the greater region.

Many travelers only remain in Granada for a night or two, but we recommend staying for longer. Though we were only in Granada for a few days, we managed to stay super busy—and still make time for two-hour massages on our anniversary!

Here’s our guide to visiting Granada, Nicaragua. We think you’ll find there’s something for every type of traveler on the list! 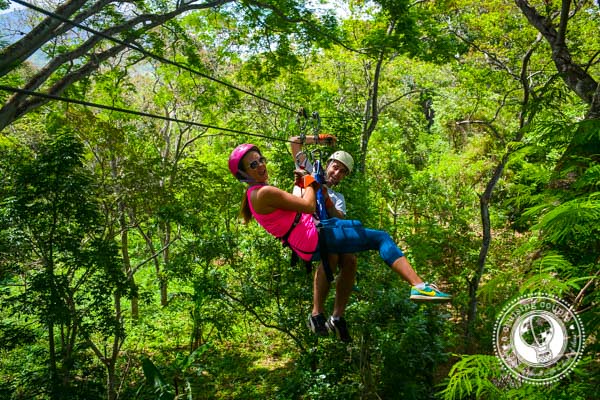 Just 10km from the city, a visit to the dormant Mombacho Volcano is a must for most travelers to Granada. There are numerous ways to experience the Mombacho Volcano Nature Reserve. Pay for a driver to take you up the super-steep side and then hike around one of the paths at the top of the four craters. Or you can hike all the way up the volcano if you’re feeling extra adventurous and budget-minded. Take a coffee tour while you’re there. Visit a butterfly farm. Or, do what we did, and go zip lining.

We knew we would be hiking other volcanoes on our Nicaragua trip, so we decided the best way to experience Mombacho would be with a bird’s eye view flying through the jungle canopy. Though we can go zip lining anytime we want in Costa Rica, we find it just never gets old. And we had a fabulous morning with Vapues Tours and the incredible staff on site. We even saw howler monkeys while soaring through the reserve! Unfortunately, the cloudy weather made it impossible to see the Mombacho Volcano, but we did get excellent vistas of the Cocibolca Valley. 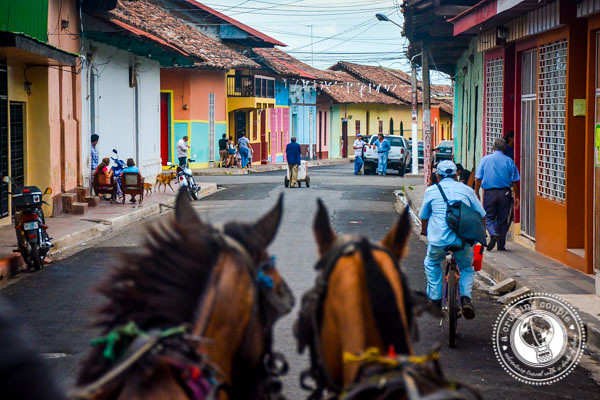 One of the best ways to learn about Granada’s rich and long history is via a horse carriage tour. When our hotel told us that there is only one female horse carriage driver in the city and that she is AMAZING, we knew we had to sign up. We’re all for female entrepreneurship ;-) The tour was fascinating, we got to practice a lot of our Spanish, and we enjoyed a romantic trip around the city center. 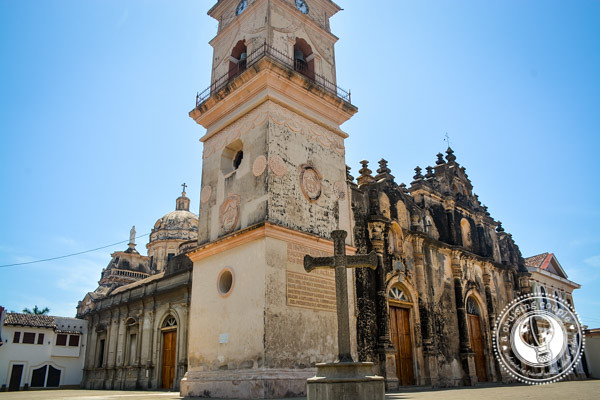 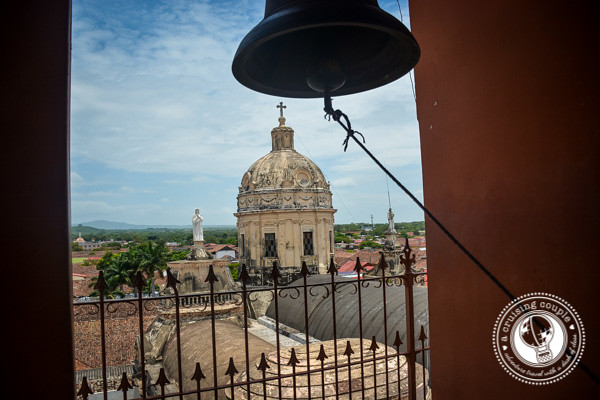 One of Granada’s inherent charms is the city’s well-preserved Spanish colonial architecture. Don’t miss climbing the tower of the 16th century Iglesia de la Merced, also one of the best places to get a bird’s eye view of the city and its buildings. You’ll notice plenty of red-tiled roofs, courtyard gardens and baroque details. 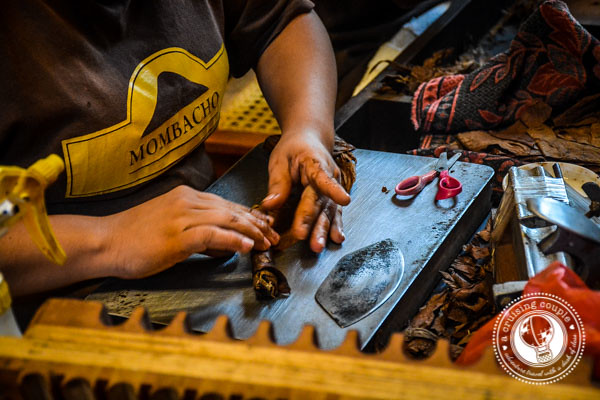 We’re not exactly cigar people, but touring the Mombacho Cigar Factory was one of our favorite things we did in Granada. The people of Nicaragua have been making cigars since prehistoric times. When the Spanish came, they liked it so much that they decided to start shipping the raw materials to factories in Seville to be processed and rolled into cigars. But it wasn’t until Cuban exiles arrived in the country that the local pastime turned into an excellent Nicaraguan craft.

A tour of the Mombacho Cigar Factory will only set you back $4 USD. The excellent guide takes you through the entire cigar rolling process, which includes observing local workers hang, dry and hand-roll the cigars. To make the most of the experience, grab a glass of 18-year aged Flor de Cana rum and a cigar of your own to savor in the tasting lounge. 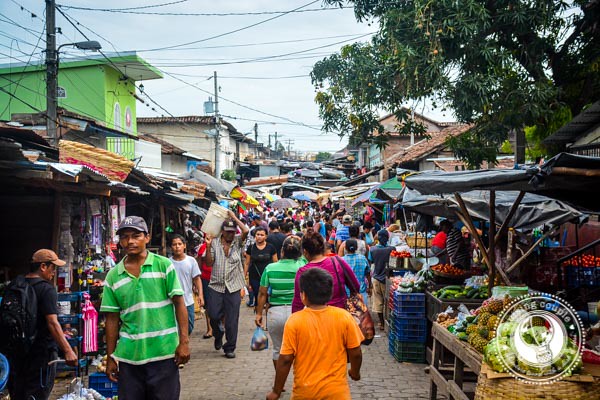 For a glimpse into everyday Nicaraguan life, head to the Central Market. If it’s your first time to a developing country the market might be a bit overwhelming, but it’s a fascinating experience nonetheless. You’ll find everything from fresh fruits and veggies to clothing to pig’s heads to school supplies.

Take A Boat Ride Through The Isletas 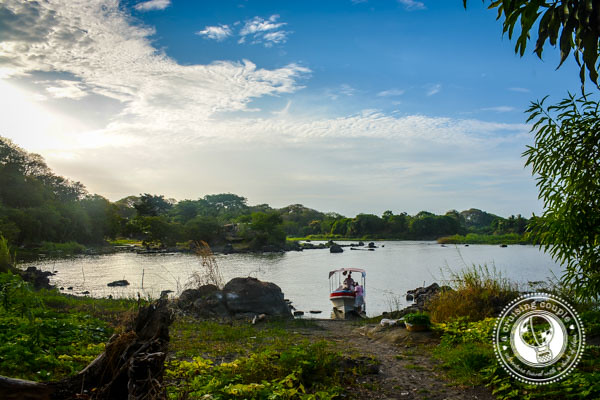 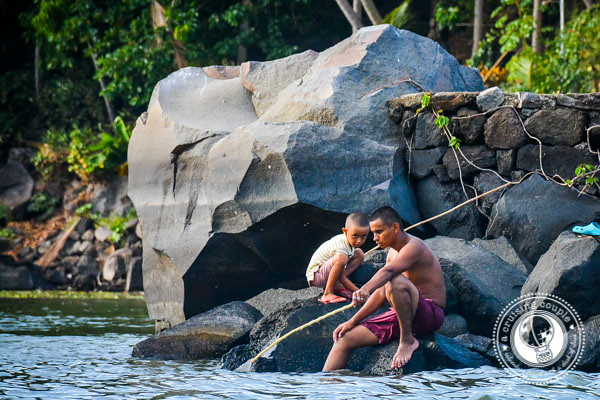 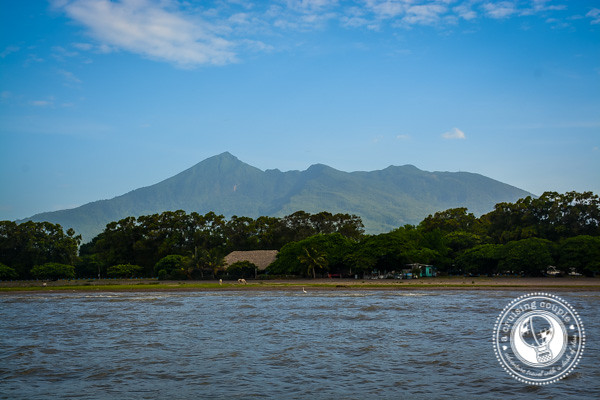 Head to Lake Nicaragua and enjoy a boat ride through the lush Isletas. Many of the islets are privately owned with beautiful houses; others are completely undeveloped. You’ll have lots of chances to sight birds as well as monkeys. While we enjoyed the three-hour boat ride, we wish would have hired a kayak and explored on our own for a more authentic experience. 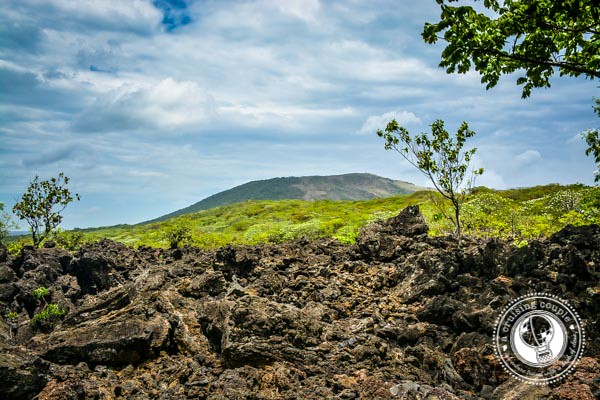 Masaya is the other nearby volcano that is readily available from Granada, the primary difference between the two being that this one is very much still active. The volcano almost constantly emits tons of sulfur gas, making a visit to the crater’s edge both fascinating and slightly nerve-racking. 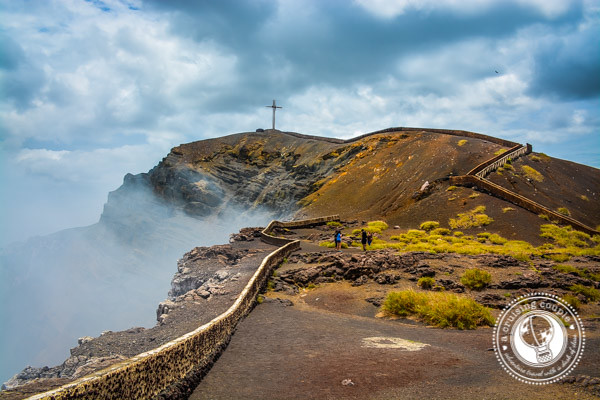 Like Mombacho, there are numerous ways to visit the volcano. Cars can drive right to the crater’s edge if you’d like to hop out, snap a photo and then be on your way. Another popular option is to sign up for a night tour and hope you’ll have a chance to see some glowing lava. It’s not a typical sighting, but it does happen.

Shop At The Masaya Craft Market 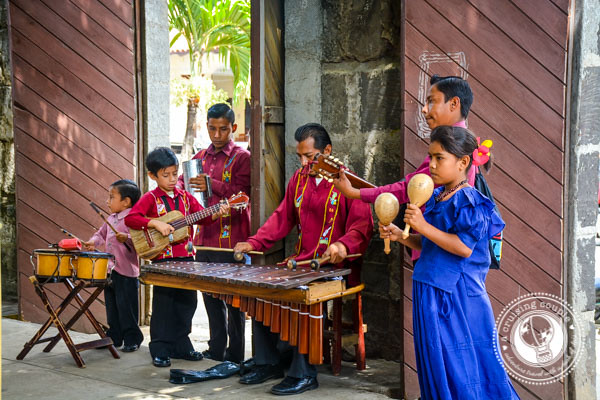 After you visit the Masaya Volcano, make an obligatory stop at the Masaya Handicraft Market. It’s catered to tourists, so be sure to bargain if you plan on purchasing anything. Most of the shops sell variations of the same wooden bowls, vases, and artwork, but you can definitely find some great souvenirs at cheaper prices than the stores in Granada. 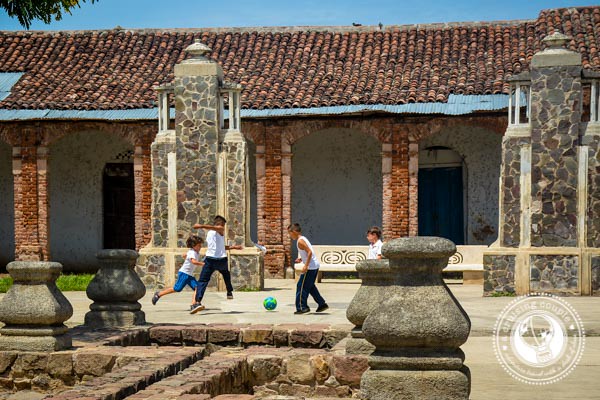 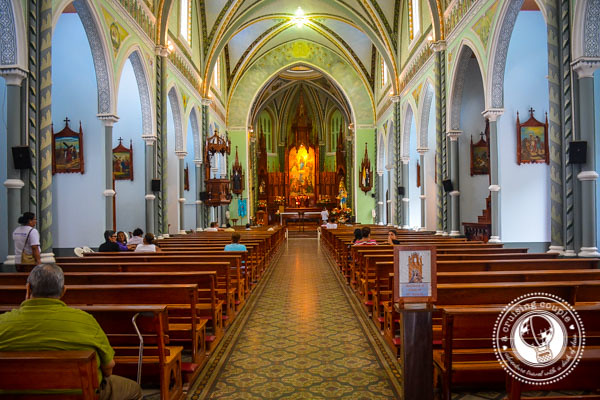 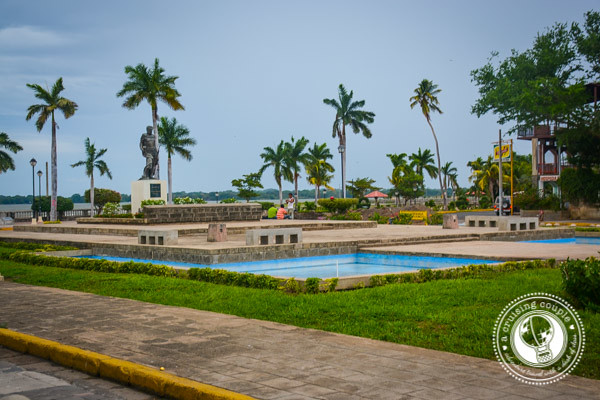 Granada really is a beautiful city, and one of the best ways to experience it is simply by getting lost. You’ll find colorful doors, immense churches, chaotic markets, and large parks. You’ll pass locals in rocking chairs on the sidewalk, trying to catch a fresh breeze. Nicaraguans will be happy to chat with you, offer directions, or just offer a wave and a smile. 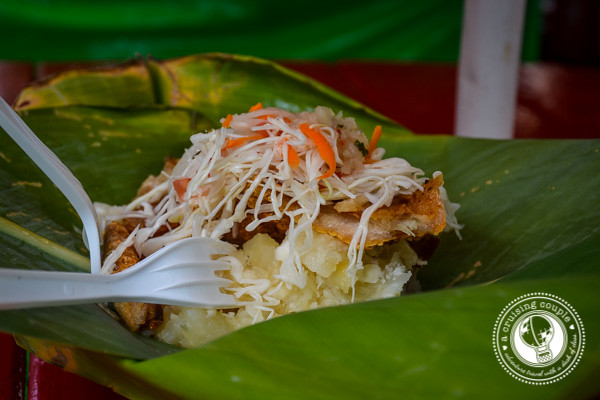 Granada has tons of delicious eateries around the city at very affordable prices. The pedestrian walkway off of Central Park, also known as the Calzada, is a favorite place to drink, enjoy street performers and grab a bite at one of the outside tables. We had a few meals here for the convenience and ambiance, but the best food is on back roads and the children begging for money and food made it difficult to enjoy.

For a local Nicaraguan experience, grab a seat at a stall in Central Park and order vigaron. The dish features yucca, pork rinds and cabbage salad. It’s delicious and filling, and will only set you back about two dollars. Be sure to wash it down with Cacao, a mix of chocolate, cinnamon, vanilla and milk.

If you want to splurge, don’t miss the sushi at Bar Kanpai. The restaurant is owned by a friendly and talented Japanese chef, so you can count on the rolls being fresh and authentic. He’s also super inspiring. After the devastating tsunamis and earthquakes in 2011, the owner decided life was too short to not live his dreams. He left to travel the world and ended up falling in love with Nicaragua. 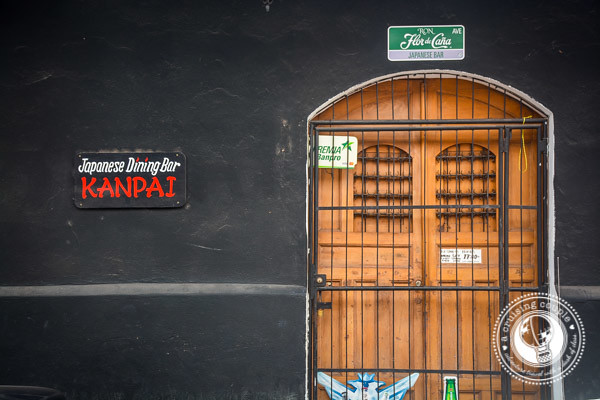 Other popular places to eat include Cafe de los Suenos, The Garden Cafe, and el Zaguan. 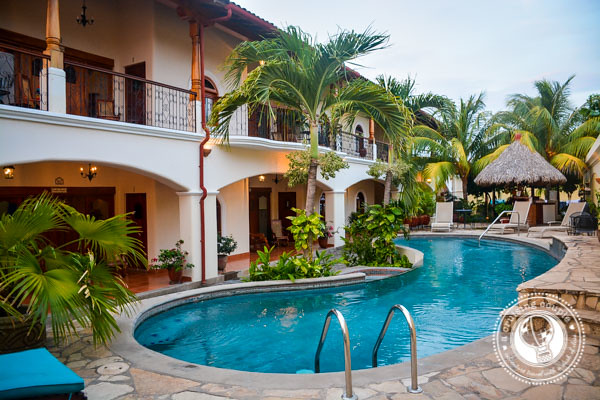 Easily the best place to stay in Granada is the Hotel and Condo Xalteva. It’s just a short walk from central downtown, making it easily accessible to all the area attractions yet quiet and serene. Our room came equipped with a large living area, fully-equipped kitchen and comfortable bedroom, gorgeously designed with Spanish details. 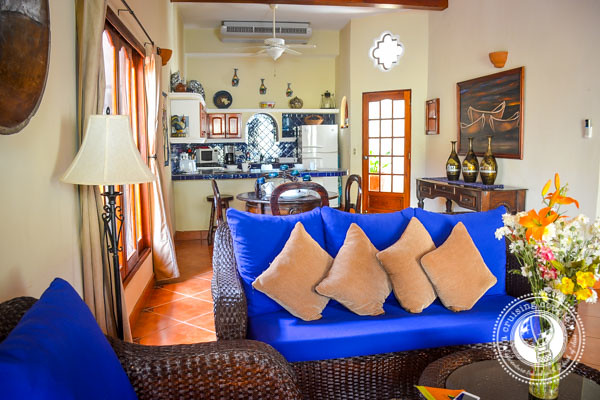 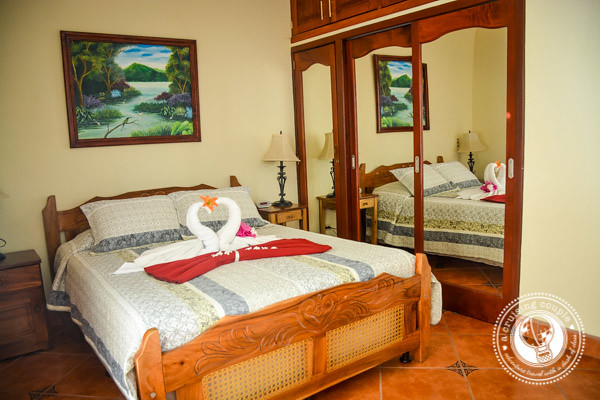 The expansive pool made for the perfect place to relax during the super hot afternoon hours. Breakfast was absolutely delicious. And the staff went above and beyond to ensure that we had a great stay, often offering advice on the best way to see local attractions. They also set us up with exclusive discounts and freebies at restaurants and spa services around the city! We’ve written an entire review about Hotel and Condo Xalteva.

We know we’ll be back to Granada to explore further this colonial gem. In the meantime, we want to hear from you!

Have you been to Granada? What was your favorite part about the city? What did we miss that we need to experience on our next trip?

We were guests of Hotel Xalteva. As always, all thoughts and opinions remain our own.