The Travel Destinations Disappearing Before Our Eyes 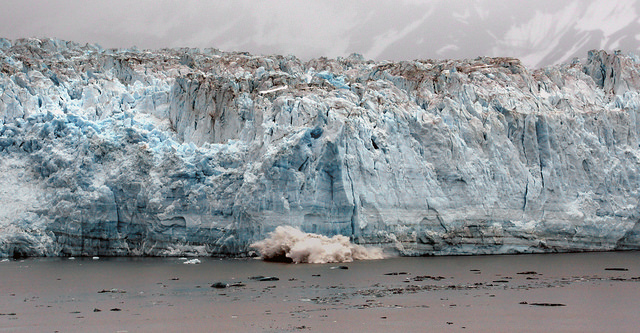 It’s the start of the year, the holidays are over and it feels as though these first few months drag on forever. It’s understandable if you’re craving adventure in far-flung corners of the world – with flights getting cheaper, more hotels and cheap accommodation opening up in every country, travel is fast becoming an affordable treat for everyone.

Today’s travelers and global citizens see more of the world than generations before. Moreover, modern society is having a greater impact on the environment than societies before it. As such, unfortunately, some of the world’s most outstanding travel destinations and experiences are under threat.

It’s an image of Italian fantasy; sitting in Piazza San Marco, sipping coffee and watching as stylish Venetians saunter past or strolling the vividly colorful streets of Murano.

Venice has a long and rich history as a harbor town; the Port of Venice is one of the world’s oldest tourist and cultural centers. However, the very thing that draws tourists to the city – its labyrinthine water channels – is what is putting it at risk. It’s been documented that water levels are increasing, and towards the end of 2017 levels were the highest in four years. This rising water is putting culturally significant architecture at risk, and may eventually put too much strain on the destination.

James Balog’s award-winning documentary ‘Chasing Ice’ tells a worrying tale of how rapidly glaciers are melting. Thanks to the Chasing Ice team’s Extreme Ice Survey, travelers are now more aware of the risk facing monumental ice structures in the Arctic, Nepal, Iceland and the United States. However, if you’ve not yet seen the mind-blowing vista of North America’s glaciers, book yourself an Alaska cruise and bear witness to their natural beauty, before it’s too late!

Since the official naming of the Bengal Tiger as their national animal, India claims tiger population numbers have increased. Nevertheless, the threat to wild cats is far from over, as poachers find their way into India’s tiger reserves. To add to that, some claim that India’s census of tiger number is inaccurate, so we may not know the full picture.

One thing most travelers will agree on: any tourist spectacle you come across where tigers, or other big cats, are chained up and available for petting, should be avoided. The tiger is one of the fiercest and most formidable animals in the wild, and that’s where they belong: in the wild.

So what can you do?

It’s easy to get down, thinking about tourist destinations like these and the risks they face. However, people are rapidly becoming more eco-friendly, meaning the world is far from over. In fact, the road we’re paving is slowly moving towards a brighter and more environmentally-friendly Earth. Look towards ways to lower your carbon footprint – car share, recycle, eat locally and continue being eco-friendly as your travel.