5 ways to travel to Boracay, Philippines: planes, (no) trains and automobiles: 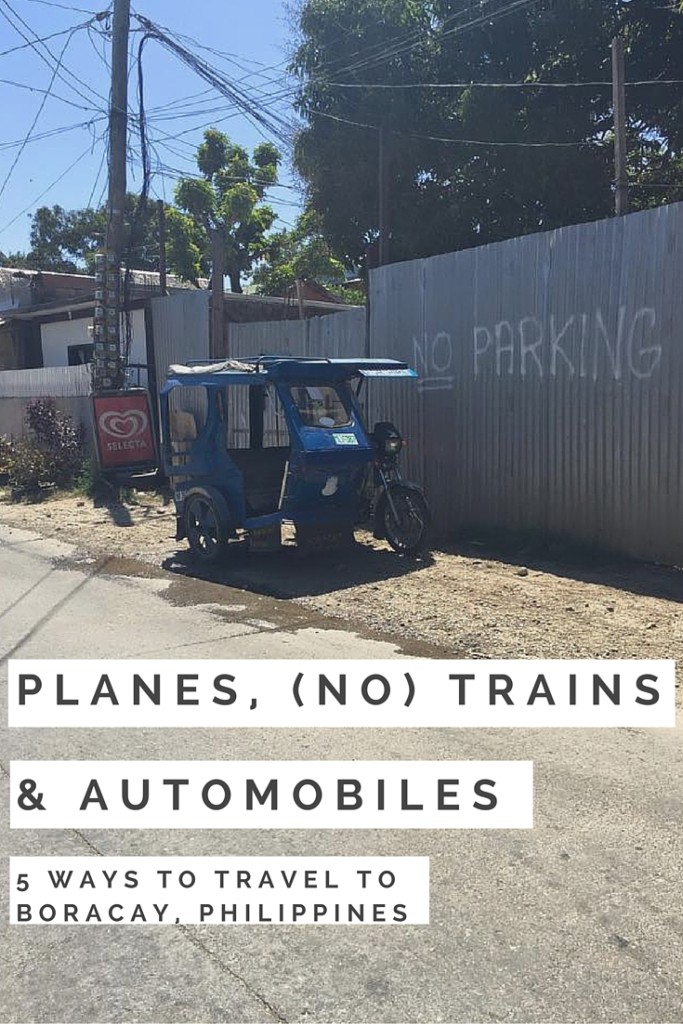 Do you remember the Tootsie Roll lollipop commercials with Mr. Owl, where the little boy would walk up and ask the wise bird, “Mr. Owl, how many licks does it take to get to the Tootsie Roll center of a Tootsie Pop?” And Mr. Owl would reply, “Let’s find out: one, two, three,” and eat it.

That’s how I felt about traveling to Boracay, Philippines. Only I asked, “How many modes of transportation does it take to get to a single island in the Philippines?” Fun fact: it was more than three. 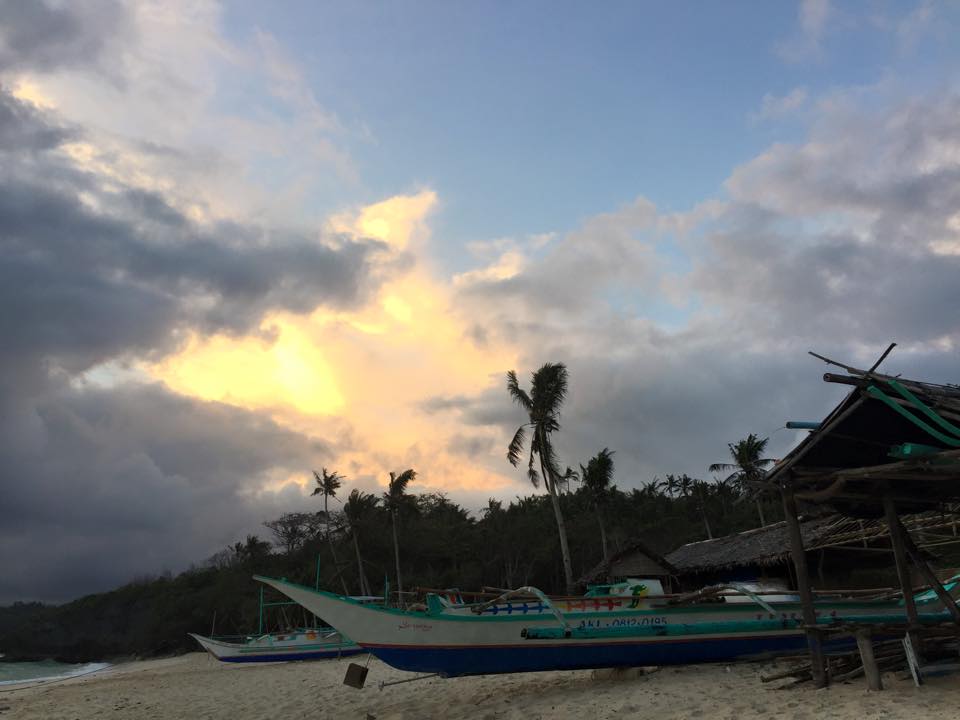 Boracay is a tiny island among the Visayas, about 200 miles south of the Philippine’s capital city, Manila. It’s home to some of the most captivating beaches and beautiful resorts — not to mention a trove of bars right on the sand.

My 10-day vacation in this small slice of paradise was like the Spring Break trip I never had, complete with a reckless number of frozen margaritas and the worst sun burn my skin will probably never recover from. But before I could experience everything this marvelous island has to offer, I had five interesting transportation methods to endure.

How I Arrived At Boracay, Philippines

Leaving Hong Kong International Airport at 8:00 a.m. with six guys and one girl — 5 of whom came this close to missing said flight due to a breakfast emergency — was the mere start of this adventure to Boracay, Philippines. One two-hour plane ride to land in Manila, easy-peasy.

A 5-hour layover plus 3-hour delay were the least of my concerns when they walked us out on the tarmac to a cigar-tube plane with legitimate propellers on its wings — easily the most treacherous transportation I experienced. My favorite part was the flight attendant’s announcement once we boarded: “In case of drastic change in cabin pressure, oxygen masks are available on selected panels.” I tried to comfort my friend who’s afraid of flying by telling her smaller planes are easier to fly, to which she responded, “But they put the more inexperienced pilots on these planes.” 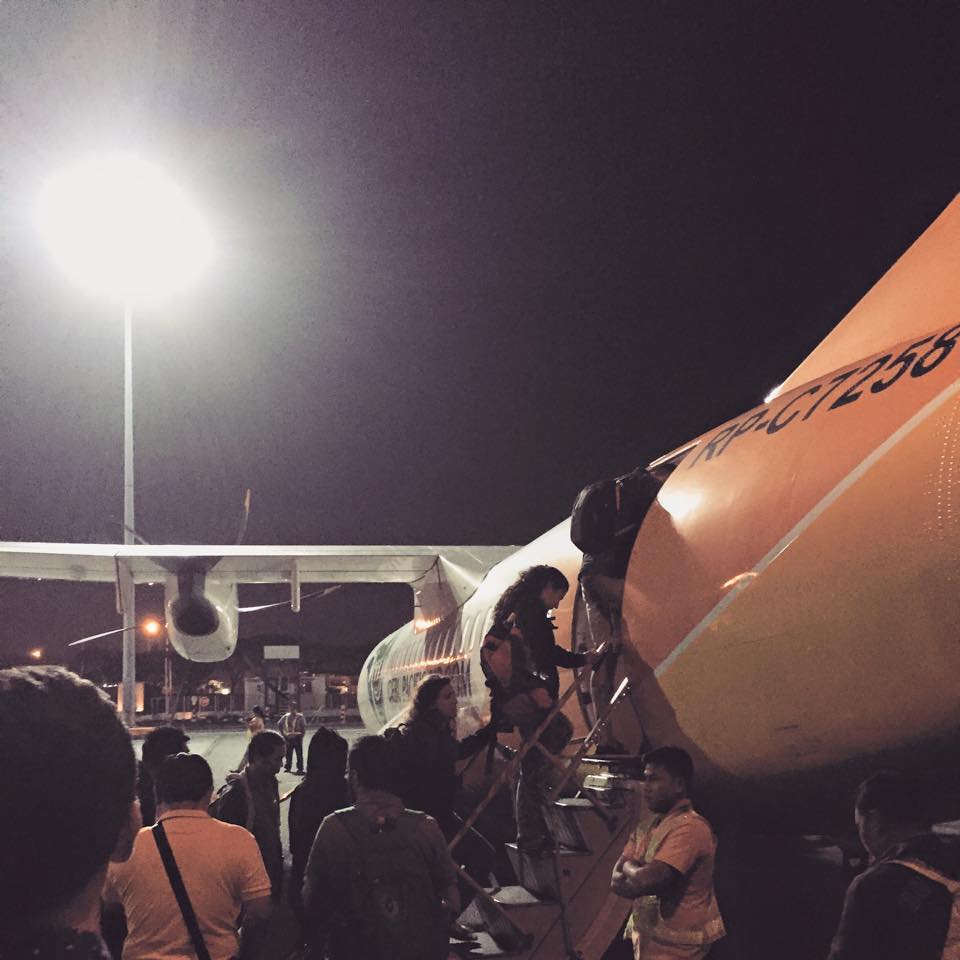 When we landed in Kalibo, the closest city to Boracay, Philippines, the first thing we noticed was the airport had two gates. Not two terminals — two gates. And not a soul was around. When we walked outside, a man emerged from a tent and shuffled all eight of us, plus two stragglers, into a white van. Some part of me was a little concerned we were recreating the plot of “Taken.” But the driver proved to be a pretty hip dude who let us plug our iPhones in and play bad music from the early 2000s for the entire two-and-a-half-hour ride.

Of all the ways to get to Boracay, Philippines, this was the highlight. It was close to 11 p.m. when we got to the port. I’d been awake for 18 hours on 3 hours of sleep. But no worries — they were putting me on a dodgy boat. There was a precariously narrow plank to even board the small ferry, and all suitcases were loaded on the hood with a small metal barricade to keep them from tumbling into the ocean. The ferry rocked pretty viciously the farther out we got, but some group selfies (selfie stick anyone?) and the sound of water lapping against the boat was enough to keep my alarm at bay. It was a mere 20 minutes from our final destination. 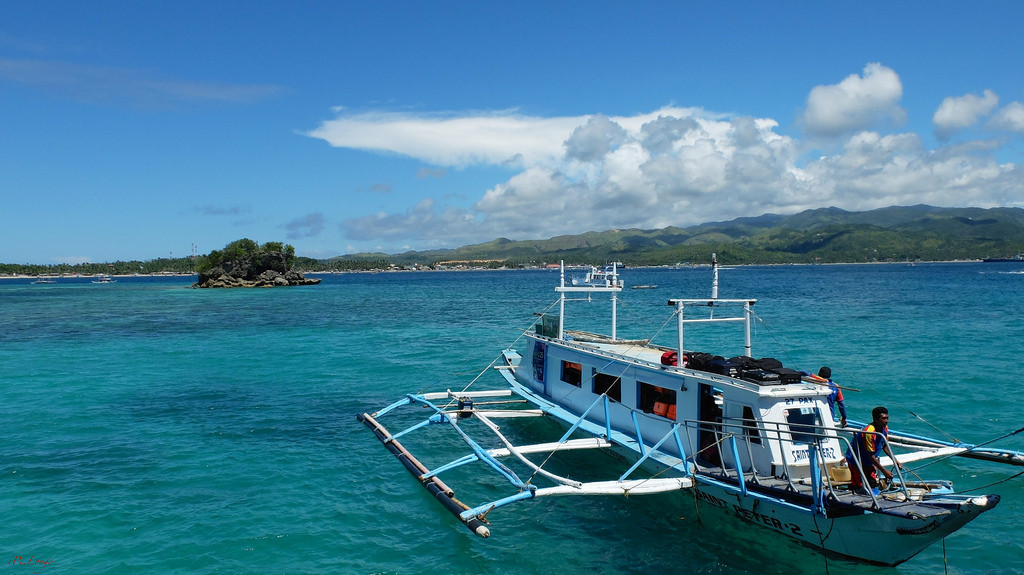 There is no real term to describe this vehicle. But leave it to a group of 20-somethings to not realize their hotel is on the exact opposite end of the island where no tuk tuk feels like driving at this hour. After wandering around and showing the name “Oasis Resort and Spa” to several people, a blue truck approached. The bed was lined with two benches and some sort of a roof, plus windows without the glass. So naturally, we boarded. Someone plugged Queen’s “Bohemian Rhapsody” into a set of portable speakers so we could sing shrilly through the streets. And some time just before midnight, we made it — Boracay, Philippines.

I will repeatedly admit that every small hell we endured that day was proved entirely worth it the following morning when we saw just how stunning the island is in the light of day. If you ever find yourself in that corner of the world exploring Southeast Asia or get tired of the smog while traveling in China, I highly encourage you make this trek south.

Have you ever been to Boracay, Philippines? What’s the strangest mode of transportation you’ve found yourself on while traveling?