What To Do In Rhodes, Greece: Where History And Beauty Abound Rhodes (pronounced rho-dos) is the largest—and perhaps the most famous—of the gorgeous Greek Dodecanese Islands.

In comparison to the quiet and lovely Leros, the island of Rhodes is well trodden. Before the discovery of Santorini’s unique caldera, Rhodes was actually one of the most popular Greek islands to escape to for sun and sea. As such, there remains a steady flow of tourists who head to Rhodes to discover its stunning beaches and ancient ruins. 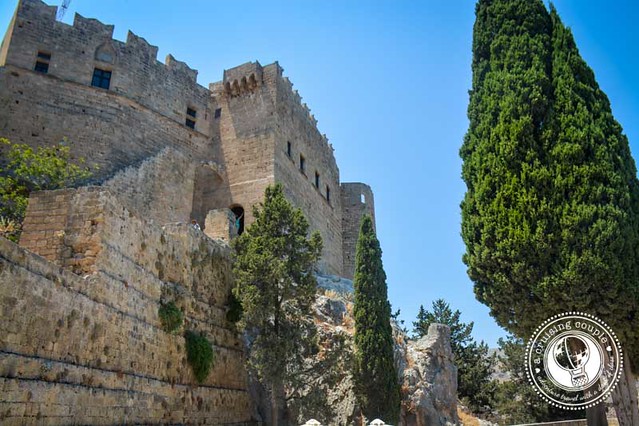 We were drawn to Rhodes because of its legendary Old Town, one of the best preserved Medieval towns in all of Europe. While Rhodes wasn’t our favorite of all the Greek islands we visited, it was certainly worth the trip. Overflowing with history and culture, you won’t have any shortage of attractions to discover on any visit to the island. Whether you’re planning a trip to Rhodes or you’re just wondering if it’s worth the long ferry trip from Santorini, here’s an introduction to the ancient island of Rhodes and what you can expect when you get there:

The History of Rhodes: 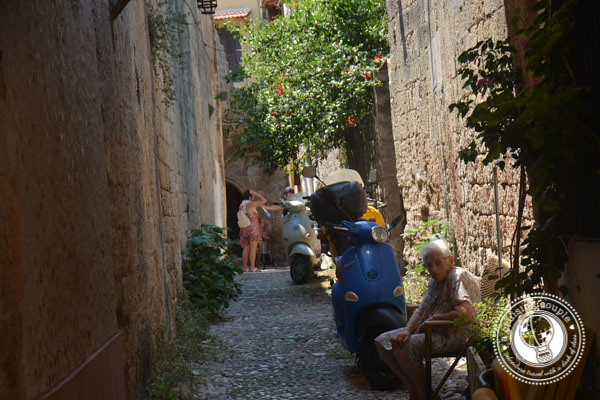 Rhodes has been called home by several groups of people since the Stone Age. Cretans are believed to have been the first to settle on the lush island, followed by the Phoenicians and the Dorians. What’s more, Rhode’s ideal location as a bridge-point for three different continents has resulted in numerous cultures from around the world calling it home, all leaving their unique mark on Rhode’s culture, architecture, literature, art, and philosophy. Rhodes boasts three ancient ruins from the powerful civilizations of Lindos, Lalyssos and Kamiros. Today visitors can wander through the ruins while learning more about ancient Greek history and mythology.

We went to Rhodes primarily to experience its magical Old Town. Rhodes Old Town became a UNESCO World Heritage Site in 1988, and, as noted above, it is considered to be one of the best-preserved Medieval towns in the world. Today, the towering walls first built by the Knights of Hospitaller still surround the vibrant and flourishing city. Sitting just off the sparkling sea and buzzing harbor, inside the Old Town lies quaint cobblestone streets, romantic restaurants, museums, and of course plenty of tourists shops and stops as well. But amidst the more chaotic tourist shops and cafes, it’s still possible to find quiet winding streets that offer an escape into ancient Greek culture. 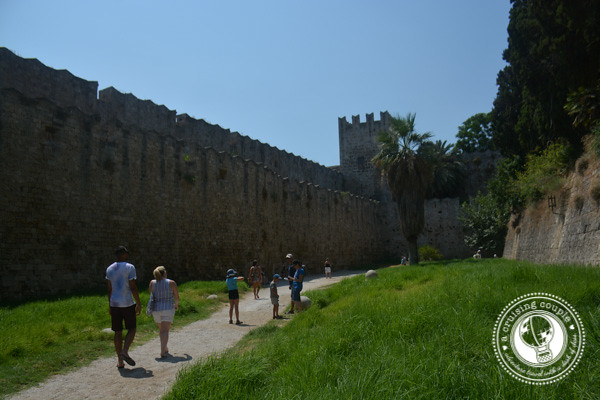 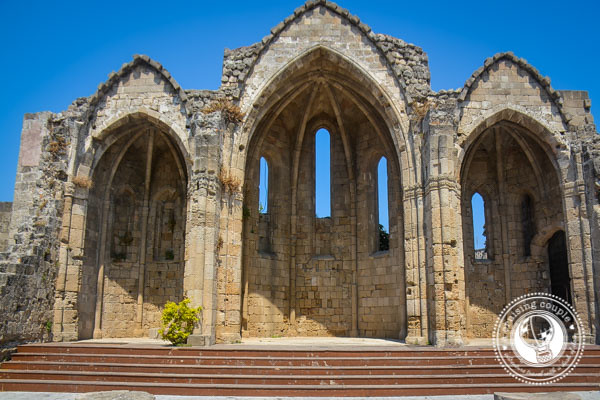 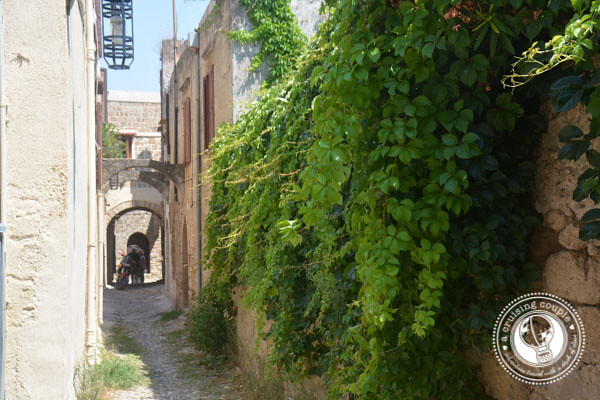 We suggest reserving at least a full day for wandering through Old Town. Keep your eye out for these incredible finds while you’re there:

The Street of Knights

Starting with the Archaeological Museum, an absolute favorite of history-lovers, the street continues to the Palace of Grandmaster, which is arguably the most beautiful building on the entire Island. 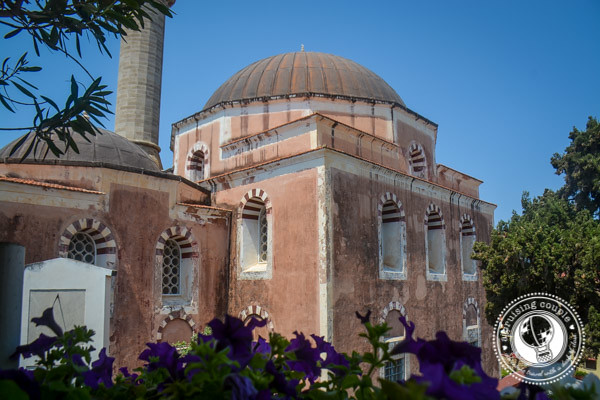 This street is located near the Palace of Grandmaster, and will carry you onto a wide road filled with delicious restaurants and shops. You can then continue on toward the Suleiman Mosque. The first mosque in the town, the Suleiman Mosque was originally built in 1522 after the Ottoman conquest and reconstructed in 1808. The gorgeous architectural feat is well worth a visit and was perhaps our favorite stop on our impromptu walking tour.

Between the Mosque and the Folk Dance Theater, there is a the unique opportunity to take a Hammam, a traditional Turkish bath. The baths are open Tuesday through Saturday from 10:30 AM to 4 PM and provide an authentic Turkish experience if you aren’t making the short hop over to Turkey itself. 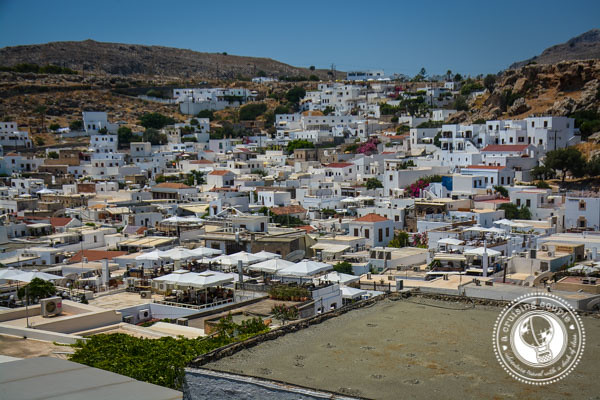 Outside of the Old Town, we found Lindos to be an exceptionally gorgeous sight. The picture-perfect city is straight off of a postcard, with whitewashed homes speckled across a hilltop that overlooks a breathtaking turquoise harbor. Probably the best feature of Lindos is the Acropolis that rises high above the city. It is a bit of a hike but offers incomparable views of the surrounding harbor. Walk through the scenic village of Lindos or visit perhaps the best beach on the island: St. Paul’s Bay. If you’re into scuba diving or snorkeling, the LEPIA Dive Center has excellent reviews (we didn’t go ourselves.) They also offer boat tours and a variety of outdoor activities. 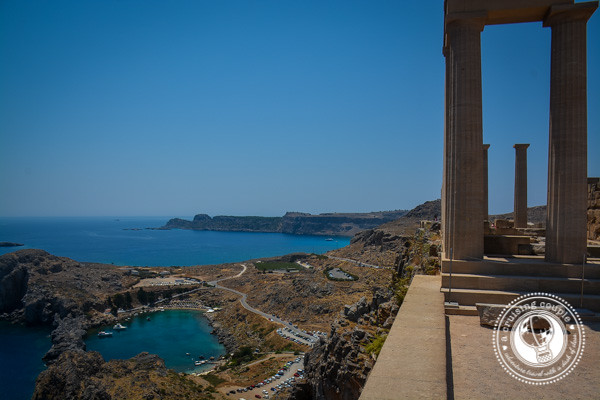 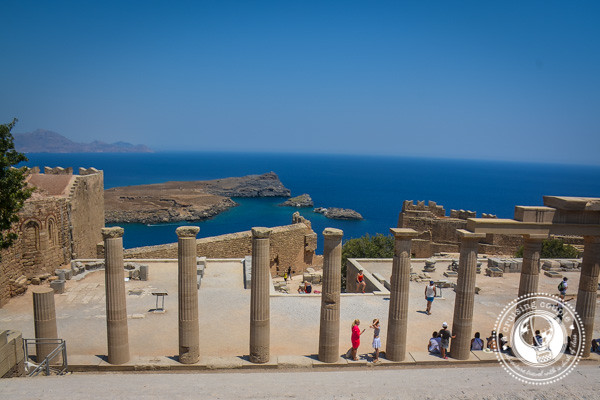 Relax On The Beach 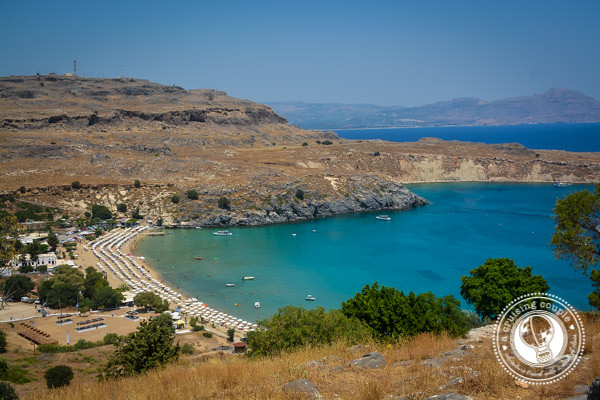 In addition to the prevalent history in Lindos and Rhodes Old Town, many venture to the island to enjoy the vast number of lovely beaches. As is typical in Europe, don’t expect all the beaches to have sand. Some are pebbles, others just large stone. Here are a few of the most popular ones:

Tsambika Beach: Our personal favorite beach in Rhodes, with the best fine sand for laying out. The beach is a bit quieter, though still a popular choice during high-season. Swim, parasail, or enjoy the two nearby tavernas. If you have the time, don’t miss a visit to the nearby Monastery Tsambika as well.

Pefkos Beach: Another fun, lively and quite pretty beach. It gets crowded here, but it remains a clean and enjoyable place to spend the day.

Witness The Merging Of Two Seas

There are only a handful of places in the world where you can witness two seas at the same time, and Rhodes is one of them. Head to Prasonisi and witness the noticeably different characteristics of the Aegean and Mediterranean Seas.

Play At The Water Park

Growing up in North Carolina, we had a pretty great water park that we frequently visited as kids. As such, we didn’t feel a huge need to spend our precious time in Rhodes at a similar water park. However, this place gets fantastic reviews from both tourists and locals alike. For a fun day of water slides and play, the Rhodes Water Park is worth checking out.

Explore On A Scooter 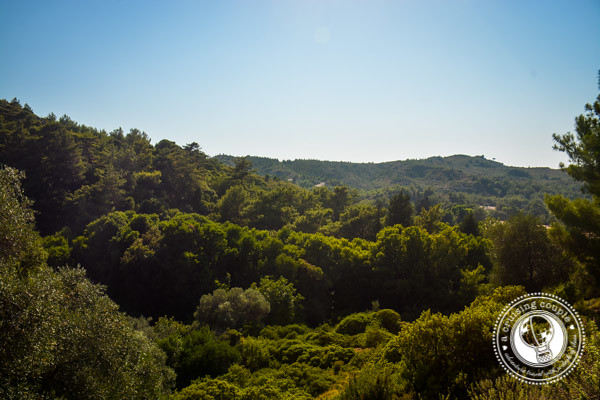 Outside of visiting the major attractions, we suggest renting a scooter and just driving around the island. This was one of our favorite things we did and offered a fantastic opportunity to take in the vast natural beauty of the island away from the other tourists. While driving around, leave time to stumble upon small wineries and authentic Greek plazas.

As we’ve said, Rhodes is quite a large island, so it’s worth doing a bit of research to see which beaches and attractions you would like to visit, and finding a hotel near those. We opted to stay at a small B&B close to Rhodes Old Town, which worked perfectly for us.

With just a few days in Rhodes, we didn’t even come close to discovering all that the island has to offer. While we might have preferred the smaller and quieter islands of Leros and Kalymnos, there’s no denying that Rhodes is a worthwhile stop on any vacation to Greece, overflowing with attractions for just about any type of traveler.

Now, what about you? Have you visited Rhodes, Greece? What did you think?

Ready to start planning your adventure to Rhodes, Greece? Don’t forget about your travel insurance. We always travel with insurance, and it was one of the reasons why we weren’t overly worried about traveling to Greece during the economic crisis. You never know what could happen, so we suggest playing it safe.