Bristol: The Eco-Friendly City That Produced the Most Famous Graffiti Artist in the World

Bristol is a city in South West England that is usually associated with almost everything seaside related. But in 2015 it was the first city in the UK to claim the prestigious European Green Capital Award, and was also ranked in the top 5 in Open Property Group’s eco-cities graphic. The push towards a more eco-friendly Bristol began in 2008 when the city was named England’s first cycling city.

Bristol has a bustling arts and culture scene and the most prominent artist that has hailed from the city is the (in)famous graffiti artist Banksy. The gifted and elusive artist has pieces of art on walls and bridges throughout the world and a few of his innovative pieces can be found in the streets and alleyways of Bristol itself.

While you can strike out to find some of his pieces on your own- one of the most popular activities to do in Bristol is to take a street tour to see all of the art pieces created by Banksy that can be found in the city.

There are five known pieces that can be seen and these are:

Dismaland is the brainchild of Bristol’s favourite son Banksy. It is a pop-up exhibition that takes a twisted perspective and mockery of Disneyland. The exhibition was organised in secret and went under the guise of the production of a crime-thriller called Grey Fox. Banksy himself described the exhibition as “A family theme park unsuitable for children.”

Dismaland opened on the 21st August 2015 and will run until the 27th of September and there will be a total number of 4000 tickets sold per day. Bansky created 10 more pieces of art for this project and paid for the exhibition himself. He also invited 60 other artists to display their works, of which 58 agreed. Some of the artists taking part include Ben Long, Block9, Sami Musa and Paco Pomet- just to mention a few. 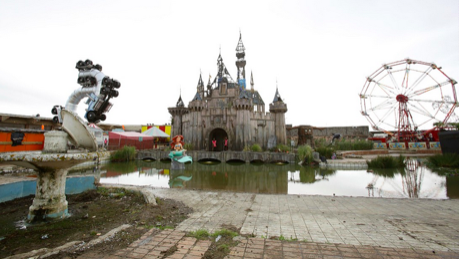 Although Banksy is Bristol’s most famous artist, he has inspired a new generation of artists throughout the city who are constantly producing wry and humorous work that questions society and the worlds’ current obsession with pop-culture. A street art tour of the city will delight and amaze people from all over the world. 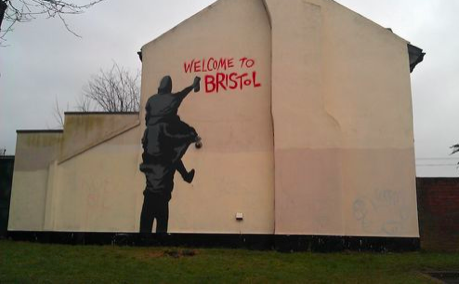