Why Leon Is The Most Fascinating City In Nicaragua

After spending a few days in Nicaragua, even tourists get caught in the local debate and are asked to take sides over which is the most beautiful city in the country: Leon or Granada. I have no doubts. I like Granada, I think it is a really pretty city, but my heart beats for Leon. When I arrived there I thought I would spend 3 or 4 days at most, but I eventually stayed for 3 weeks. It was my first stop in Nicaragua, it is where I feel most at home in the country and where I always hope to return to. 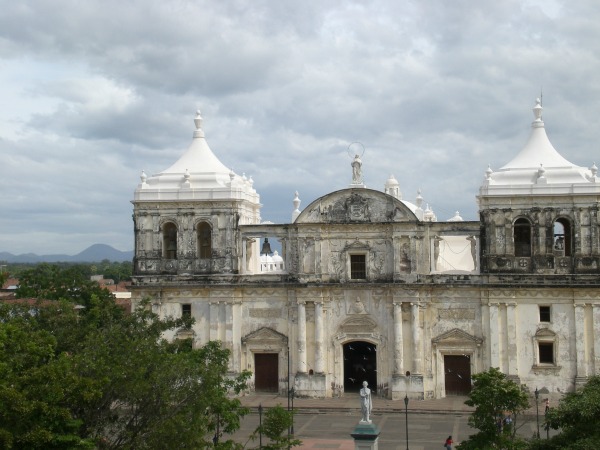 So, why is Leon so special? Nicaragua’s second largest city is located at about one hour by bus from Managua. It is the most lively city in the country. It is here that the political movements are most active, partially because it is also home to the first university that was founded in Nicaragua. Leon is packed with young people, there are many interesting museums and street art. But the simple truth is that, with all its decadence, it manages to be simply gorgeous. 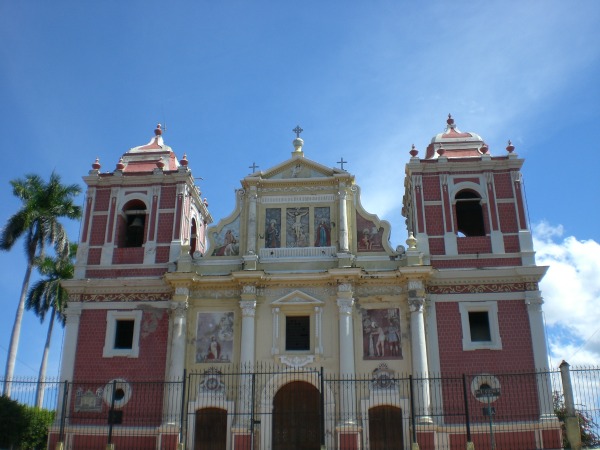 Whenever I am in Leon, I like spending my time wandering its streets, almost without any particular place in mind. I generally end up in the Parque Central, where the cathedral is located. This very large church is Central America’s largest cathedral, and according to history the church was actually meant to be built in Lima, but as the plans got mixed up when they were shipped from Europe, it ended up in Nicaragua instead. Nicaragua’s most famous poet, Ruben Dario, is buried here. What I really like about the cathedral is that it is nice and cool inside even when it is 36 degrees outside, and a favourite pastime of mine is to look for the 7 hidden eyes – triangles that have an eye painted in them, and that are well hidden among the various artwork. So far, I have managed to find 3. 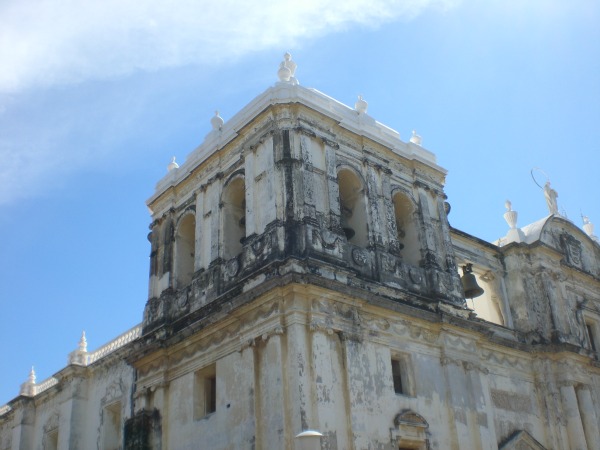 I also enjoy getting to the roof, from the side access. This has been recently restored and completely painted in white, so it is almost blinding. But the view from there is beautiful.

Leon has some incredible museums. I particularly enjoy the Museo de Arte Fundacion Ortiz-Guardian, one of the best museums of contemporary art in Central America with a collection that includes pieces of international artists such as Picasso, Chagall, Botero and Diego Rivera. I love browsing through the paintings and taking in the tranquillity of the building – actually, the two buildings in which it is located, which are two beautiful colonial buildings with gardens and fountains. 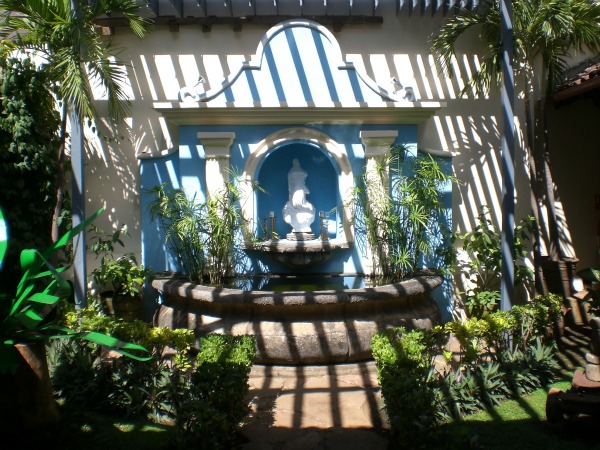 The Museo de la Revolucion has given me some of the most intense experiences in Nicaragua. It has located in the former telecommunication building, which the rebels took in battle during the revolution. The building would need some good restoration, but part of its charme is in the fact that it still is as it used to be. The collection consists of various documents and pictures of the times of the revolution, but the bonus is given by the fact that the guides are all veterans, who show a lot of pride in what they have achieved for their country, and a real love for it.

A museum which positively surprised me is the Museo de Leyendas y Tradiciones. I surely found it tacky when I there the first time, as it is an exhibit of life size figures of people that have had an impact on the history of Leon. However, the presence of a guide that explains their significance means that I always learn a lot about the local culture – ie I have learned the significance of the “gigantonas”, the huge “dolls” that go around the city, dancing, with a child that plays the drums accompanying them: it is a mockery of the arrogant attitude that the Spanish women showed towards the indigenous people when they first arrived in the country. The museum is located in La XXI (the 21st Garrison), a former prison, in fact there are also murals that show methods of torture used by the Guardia Nacional on the prisoners. 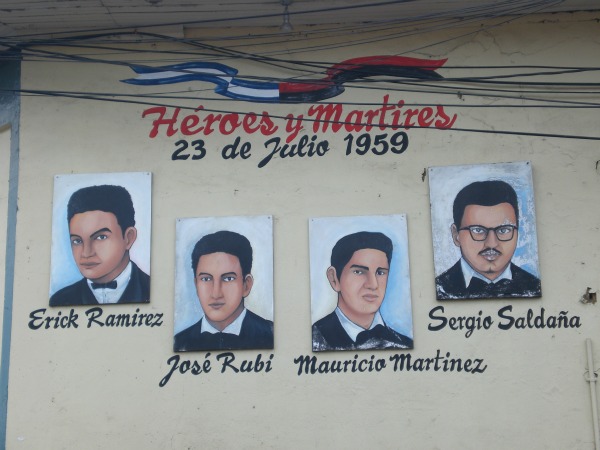 Barrio Subtiava is another neighbourhood I really enjoy. It is located at around 12 blocks from the main square, it is pleasant to walk around and very pretty. There is a small market, which is where the local buses to the nearest beaches leave from.

Overall, I find Le0n an incredible place to get to know the culture and way of life of Nicaraguans. It has proudly retained all its original character and that is what makes it so special.

Claudia Tavani
My Adventures Across the World
www.facebook.com/myadvaw
twitter @Claudioula

Claudia is from Cagliari (Sardinia) and is obsessed with travelling. A former human rights lawyer and academic, after devoting her life to the protection of cultural identity, in November 2013 Claudia decided to give in to her biggest passion and started travelling around Latin America, and she has hardly stopped since. Blogging came as a natural consequence, for Claudia wanted to let her family and friends be updated with her adventures.