What Do We Think About Cruising With The Stars?

Cruises in themselves are the very height of luxury. They allow you to travel across the seas and oceans of the globe at a leisurely pace, dine and drink in style with the waves lapping around the ship and do what you might not expect within the confines of a 12-deck vessel, but how much more glamorous would they be with a celebrity presence.

Recently, holidaymakers who regularly go on a cruise gave their opinions on which stars they would like to see on their next cruise. British cruise-goers said that they would like to see certain personalities responsible for everything from food to on-board entertainment. When it came to onstage performance, 18% said they would want to see Elton John in the cabaret suite.

As for food, just over a quarter wanted celebrity chef Jamie Oliver put in charge of all meals served on-board their ship. Imagine if he was in charge of catering? As for celebrities they would happily throw out to sea, 28% chose the irritating teen pop star Justin Bieber, outranking over stars we find annoying! 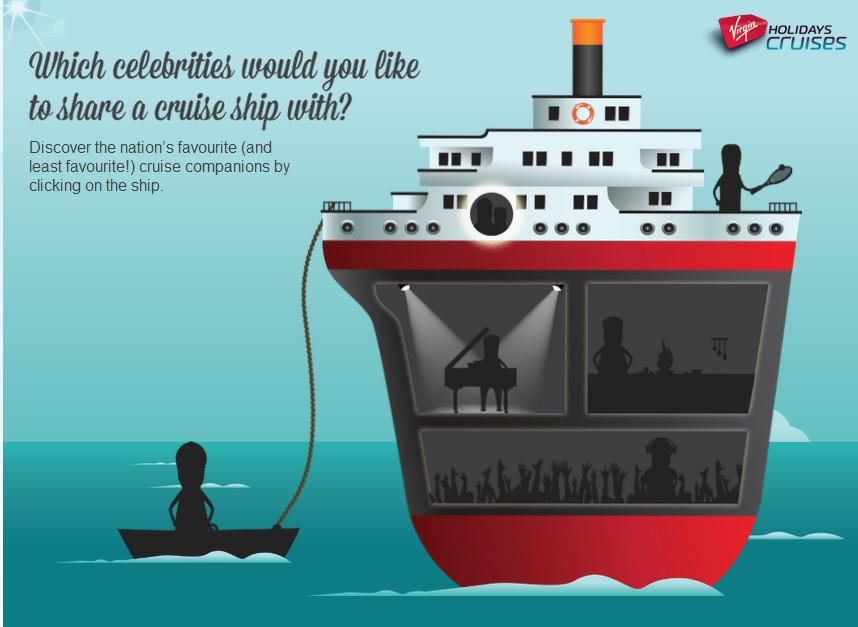