I hate hand-washing our clothes. Like, passionately hate it. I think it’s partly due to the fact that we lived about a block from a Mr. Bubbles when we were in Taiwan. That meant all I had to do was load up all ten bags of laundry on the scooter, take it for a 30 second jaunt down the street, and then pick it up all folded and smelling like flowers a few hours later. The best part? Mr. Bubbles was really affordable. And it didn’t leave our clothes feeling like cardboard (like when washing our clothes at home). So yea, we loved Mr. Bubbles.

But then we cycled through Vietnam. And we only had two pairs of cycling shorts each. And they got really smelly, really quickly. Every night we would find ourselves in a grungy hotel, trying to clean and stop the sink so we could ‘wash’ our clothes for the next day. But let’s be honest: ‘washing’ for us really meant swirling the spandex around in the sink for a few moments until the water turned brown and the clothes smelled tolerable. This kind of worked, but it certainly wasn’t ideal.

After Vietnam we headed to Costa Rica and Panama. Of course, we would wait to even think about doing laundry until everything we owned was beyond dirty. And then we would be forced with the obnoxious task of trying to hand-wash our clothes in the bathtub and hang them all out to dry before we had to re-stuff them into our backpacks. But the alternative was to track down a Laundromat (seemingly impossible) or have the hotel do one small load for a hefty $25 fee. And they didn’t even fold it.

It was obvious that we were in need of a laundry re-vamp. Enter the Scrubba. When we first heard about the Scrubba, we were a bit surprised by the simple genius of it. At its essence, the Scrubba is a portable washboard. A small and lightweight bag, it easily compresses to fit into the tiniest of nooks in your backpack. Once opened, the Scrubba bag is large enough for a couple of shirts and shorts, or one to two pairs of jeans. On the inside of the bag are washing nodules (the washboard) that do all the scrubbing for you.

How to use it:

Fill the Scrubba with water, laundry detergent, and a small load of clothing. (The Scrubba comes with detailed indicators to help you to fill it to the desired capacity.) 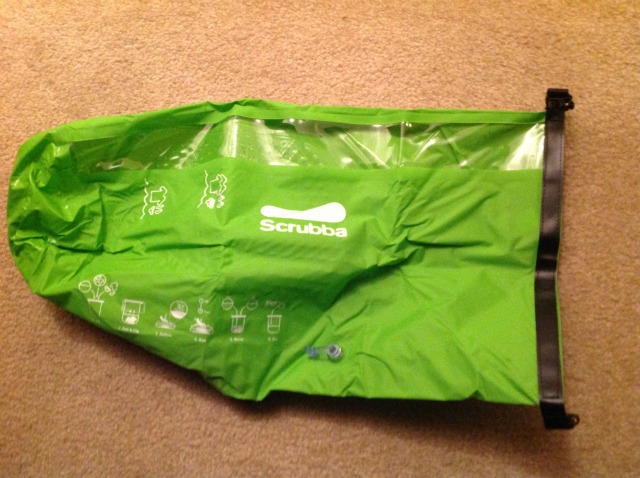 Roll down the top of the bag 4-5 times and clip the ends. 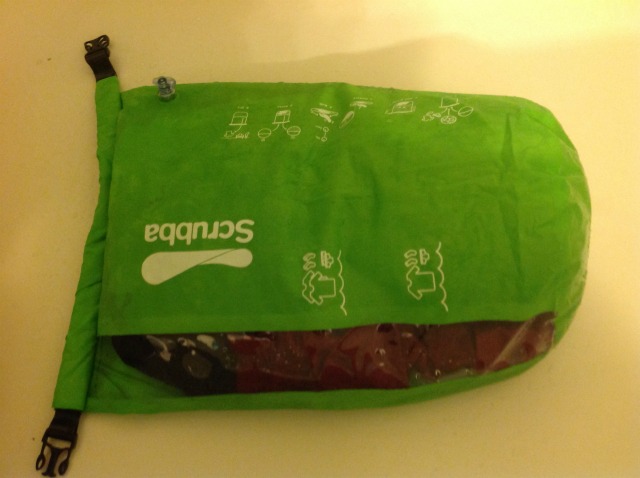 Deflate the extra air via the squeeze valve. 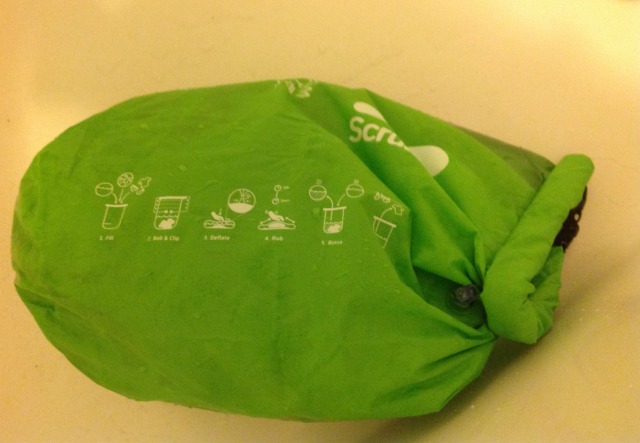 Wash away! Press down and wash the clothes against the inside nodules. 30 seconds is good for a quick wash, but 3 minutes will produce machine quality.

Rinse clothes with clean water. Ring out. Hang to dry.

Revel in the fact that you didn’t have to use the disgusting hostel sink to clean your undergarments.

As we already noted, the Scrubba is so simple that it makes us wonder why we never thought of it before. So let’s jump to the pros and cons.

*Coming in at only 6 ounces, the Scrubba is portable and lightweight, while still large enough to wash a few pieces of clothing at a time.

*Independent testing claims that the Scrubba is twice as effective as hand washing your clothes. If you’re going off of the way we hand wash, it’s probably more like 5 times more effective.

*This is an especially handy tool for adventure travelers/hikers/campers who might not even have a sink available. We would have used the Scrubba every single day during our cycling trip, no questions about it.

*The Scrubba appears very durable, and it is suitable for most all types of clothing. It will be especially useful for delicates.

*In our opinion, the Scrubba is a bit on the pricey side at $64.95. If you use it all the time rather than paying a hotel to do your laundry for you, then sure, the price will make itself up quickly. But if you can get by with hand washing in a sink or bathtub, then it’s not necessarily essential. For us, we do pay exorbitant amounts to avoid hand washing, so we’ll likely end up saving money with the Scrubba.

*There’s still a bit of manual labor involved, specifically ringing out the clothes and hanging them to dry. Scrubba does sell a complete traveler’s kit, which includes a drying towel and travel clothesline, but this costs extra.

For long-term and adventure travel, the Scrubba is a fantastic tool. We are very excited about ours, and definitely see ourselves using it often on our travels in 2014. We would highly recommend the Scrubba for any traveler in your life. 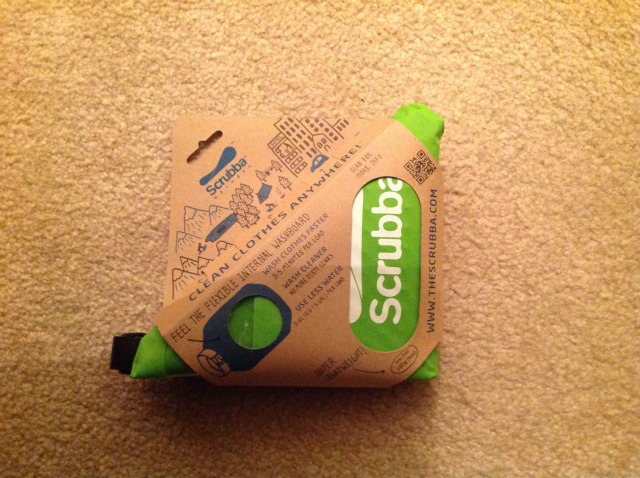 We were sent a complimentary Scrubba to review on our website. We were not asked to review it positively. As always, all thoughts and opinions are our own.

Have you used the Scrubba before? What’s your review?