Great places for a Beer Vacation from Glasgow, Scotland

As the UK’s eighth busiest airport, Glasgow International airport offers loads of flights all over the world. For those beer connoisseurs looking for a weekend escape there are plenty of options in Europe to educate yourself in the ways of brewing beer. Just be sure to leave the driving to those who haven’t been drinking. With so many flights within quick and easy access of the Glasgow airport, try leaving your car at airport parking with Park BCP and hopping on a plane to one of these 5 places near Glasgow for an awesome international beer vacation: 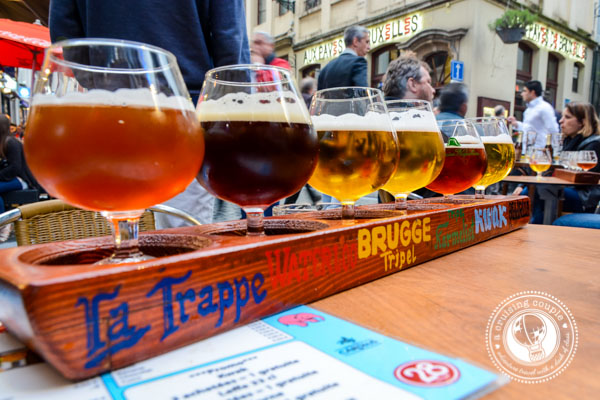 This iconic city within the UK is just a quick flight away but feels worlds away. Britain is well known for its love of beer and there’s few places better to enjoy a pint than in London. Fields Brewery in East London offers brewery tours with options from a basic tour to those including beer and food matching. If you’re looking for something a bit smaller and more personal the brother and sister team at Brodie’s Beers offer free tours of their one-room Leyton Brewery.

Better known for its canals and cheese, Amsterdam’s microbrewery scene is among some of the best. These small-scale productions pay attention to the details. Brouwerij ‘t IJ may have a funny name, but it is serious about its beer. The brewery is located in a former bathhouse right next to a windmill. And if the location isn’t convincing enough they offer a large selection of beers, all of which are certified organic and brewed on site. Nieuw-West, De 7 Deugden is another microbrewery offering tours with a chance to pair with food. Try a beer and cheese tasting or take a stab at brewing your own custom beer! Lastly, a must-see for any visitor in Amsterdam is the Heineken Experience, which offers an interactive tour through the former brewery, with a little to sip on afterwards.

One word: Guinness. For the ultimate Guinness fan book the Connoisseur Experience. For 30 Euros per person, you get a private tour held in the storehouse’s own secret luxury bar. This hour and a half tour goes through the complete history of Guinness tastes and traditions of the Drought, original, foreign extra stout and Black Lager varieties. Casey always likes to rub in that she’s gotten to experience this tour and I haven’t.

Germany is a country with legendary beer culture. At Berlin’s Kindl-Schultheiss Brewery you can see the brewmasters in action as you are informed of the secrets of great beer made from the raw materials to the finished product. Privatbrauerei Am Rollberg houses its microbrewery in part of an old building that used to be Berlin’s biggest beer factory. Come for the cool abandoned architecture, stay for the red, wheat and bock German-style brews.

Home to quite possibly some of the most unique and distinct flavors in the beer world, Belgium is a beer lovers dream come true. To brush up on your history, first visit the Museum of Belgian Brewers. Inside the city is the family owned brewery of Brasserie Cantillon. If you’re finding the selction a bit restricting head over to Delerium Bar, the Guenness Book of World Record holder for longest list of commercially available beers (with no less than 3,000 to choose from).

With quick and easy Glasgow airport parking and a plethora of beer brewing options at your fingertips, there’s nothing to stop you from embarking on your international beer education.

Have you ever taken a beer holiday? Where was the best beer you’ve ever had?